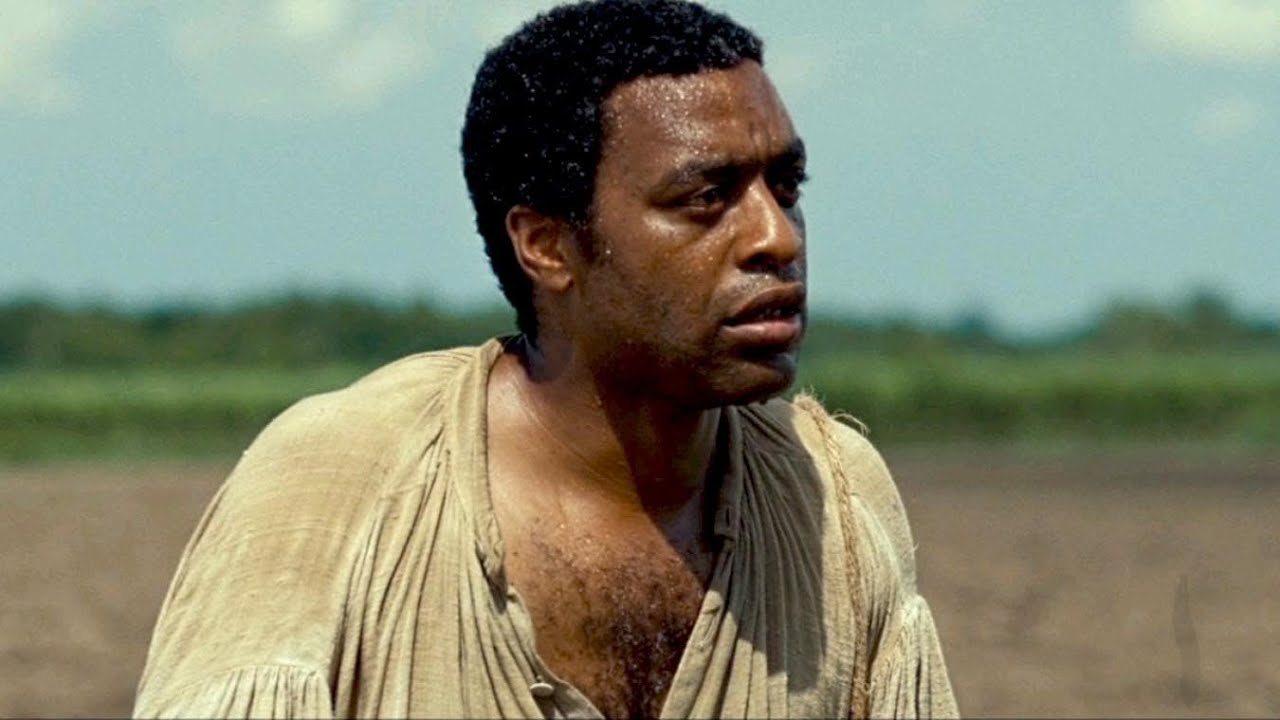 Widespread slavery leading up to the Civil War marks one of the most brutal and shameful eras in American history. The idea that individuals felt they had a God-given right to own another displayed humanity at its absolute worst. While defenses might spring up about owners that treated their slaves well, 12 Years a Slave seeks to eviscerate that notion to show that they were all abusers or complicit to that terror.

Living as a free man and working as a musician in New York, Solomon Northup (Chiwetel Ejiofor) gets an offer to make some money in Washington D.C. Tempted by the monetary prospects he goes along only to be kidnapped and sent down to be a slave in New Orleans. Constantly trying to find his way to freedom again, Solomon contends with several owners varying in their brutality.

As with any film centered on slavery that fully commits to showing the reality, this film gets very intense with its violence. Director Steve McQueen never shies away from showing incredibly graphic imagery within his films. Whether it be starvation in Hunger, or the struggles of a nymphomaniac in Shame, he shows the bitter truth of the struggles his characters endure. He refuses to soften up in 12 Years a Slave, as he eradicates any semblance of romanticization of slavery through showing whipping, rape, and all other forms of abuse that took place. McQueen dares you to look away from the pain the characters endure and shows the ugly reality of the evil within humanity unlike the beloved Gone with the Wind. The institution of slavery was awful to its core and McQueen refuses to exonerate the “nice” owners.

Showing the endurance necessary to survive this brutality comes a tremendous cast of characters with harrowing performances that stick around well after the final credits roll. Lupita Nyong’o rightfully received her Academy Award critical acclaim for portraying Patsy, an overachieving slave, who gets sexually abused by her horrifying owner. Such a difficult character to take on and she channels the pain of her character with her performance. Even with all of the abuse, Patsy stands strong and does not allow herself to be brought down by the evils of men. Specifically men like slave owner, Edwin Epps, frighteningly portrayed well by Michael Fassbender. This character represents the worst of slave owners that whip those who show disobedience and sexually assault the ones he finds attractive. In his eyes, all of the slaves represent a commodity to which he can do whatever he pleases. Fassbender’s performance borders on concerning with how well he demonstrates the pure evil harbored in this man.

Benedict Cumberbatch plays the “good owner” William Ford, who became Solomon’s first owner. A man who does not abuse his slaves, but still uses their bodies like commodities just like any other owner. This character demonstrates the pure cowardice men like him displayed. Someone willing to use black and brown bodies for his financial gain and will not fight against the system enriching him. McQueen ensures that this type of character does not get let off the hook for their contributions to a system responsible for such pain.

Not much to say about the harrowing performance by Chiwetel Ejiofor, as his work on screen speaks for itself. A tremendous and heartfelt performance that shows the pain and anguish of a man not only stuck being a slave but also separated from his family. Solomon shows a fighting spirit willing to get back to civilized humanity and away from the pure evil that surrounds him in the South. A performance that fully integrated him into the public zeitgeist and I’m waiting for him to land another role that allows him to flex his acting muscles as he did in this film.

12 Years a Slave rightfully displays the hypocrisy of slave owners as they justify owning another person by selectively choosing bible passages that fit their narrative. Always preaching about obedience as a godly duty for the slaves to adhere to. A truly ridiculous method used, which demonstrates how one book can be misinterpreted in any way someone pleases. It’s the manipulation of something individuals hold dear to justify their purely evil actions for the sake of enriching themselves or to simply just own another person.

Heartbreaking and brutal in every way, this film sets out to show the horror of slavery through the eyes of a free man and succeeds. Solomon’s perspective allows the audience to see this horror through his eyes and how different life can be depending on what region of the United States a black or brown person resides. This film shows the stark difference between freedom and bondage and how one can never be truly safe, even in the North. It rightfully shows humanity at its worst and holds nothing back in demonizing all of the individuals complicit in the system.