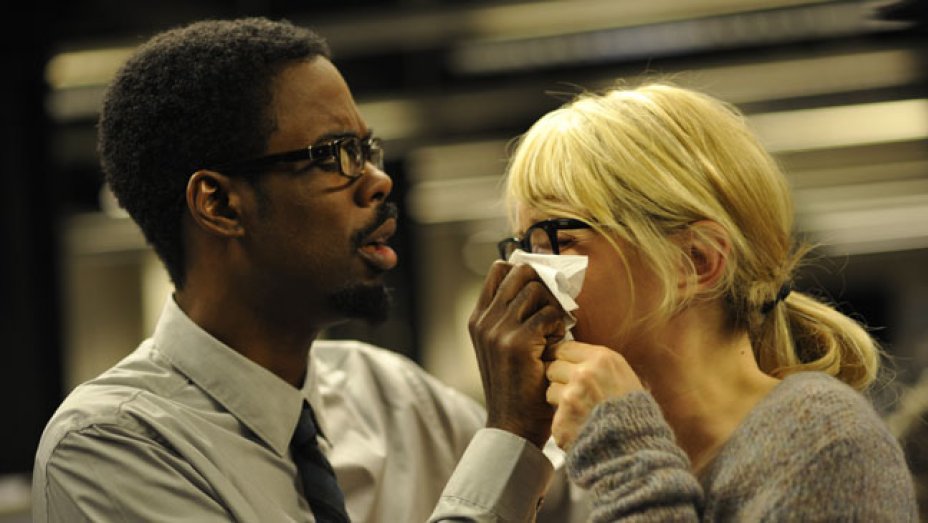 Just when you thought you’ve had enough, the crazy French family comes to the states to wreak havoc on Marion and her relationship. This film stands as a sequel to 2 Days in Paris and takes place after Marion (Julie Delpy) had a child with Jack, but now has a relationship with Mingus (Chris Rock), who has a child of his own. It flips the idea of its predecessor as it brings the French zaniness of Marion’s family, but now outside of their home turf.

As with any sequel, comparisons organically occur with the film that came before it. Especially when the two plots share some large similarities. Marion begins each film in a serious relationship with a man, her family meets the man, and then the man realizes exactly what he has gotten himself into. The entertainment value still exists, but it does not have the freshness with it being a second entry. By moving the story to New York, the mystique of Paris vanishes and takes away what made 2 Days in Paris so special.

However, on its own merit, this film has plenty of fun as the language barrier still exists between Marion’s family and Mingus. The advantage Mingus holds is he sits on home turf being in a country that primarily speaks the English language. Most of the comedy in the film derives from Marion’s family being as French as they are in New York. While they fit in perfectly in France, their behavior seems outlandish to the typical American. It’s personified at its best with Mingus and Marion’s neighbor, who has his complaints once the French family arrives. His bewilderment about Marion’s family may feel cartoonish but very much fits with the tone Delpy establishes with this film.

Chris Rock became such a fine addition and it was great seeing him take on this type of role in a smaller independent film. He brings his natural comedic prowess and timing to the role as he needs to play the straight man vs Marion’s wacky family. He takes the material Julie Delpy provided for him and delivers a great performance. Julie Delpy excels once again as a director, as she captures the chaos that occurs when her family comes together in a confined location like a New York City apartment. She knows these characters so well and seamlessly bring them into a brand new environment.

Just as she showed Paris as a mysterious and mystical arena for Jack, she shows New York as a playground of mischief for her family. These characters do not miss a beat between the two films. As an actor, she expectedly excels by managing all of the chaos within the apartment. I’m also impressed with the simplicity of how she goes between English and French with such ease. As someone who can speak two languages, the way she shifts between the two to communicate with family and a partner truly resonated with me personally. Her acting has made her a legend, but her directing style as such a lovely aesthetic.

The same plot and some new characters, this film does not reach the heights of the film that came before it, but still contributes to the conversation about language barriers. They can cause a breakdown in communication and it falls on the bilingual person to remedy the situation. It has plenty of laughs, moments of connection, and fun to make it a worthwhile experience for anyone. Julie Delpy has an incredible cinematic voice that has made an impact in front of and behind the camera.