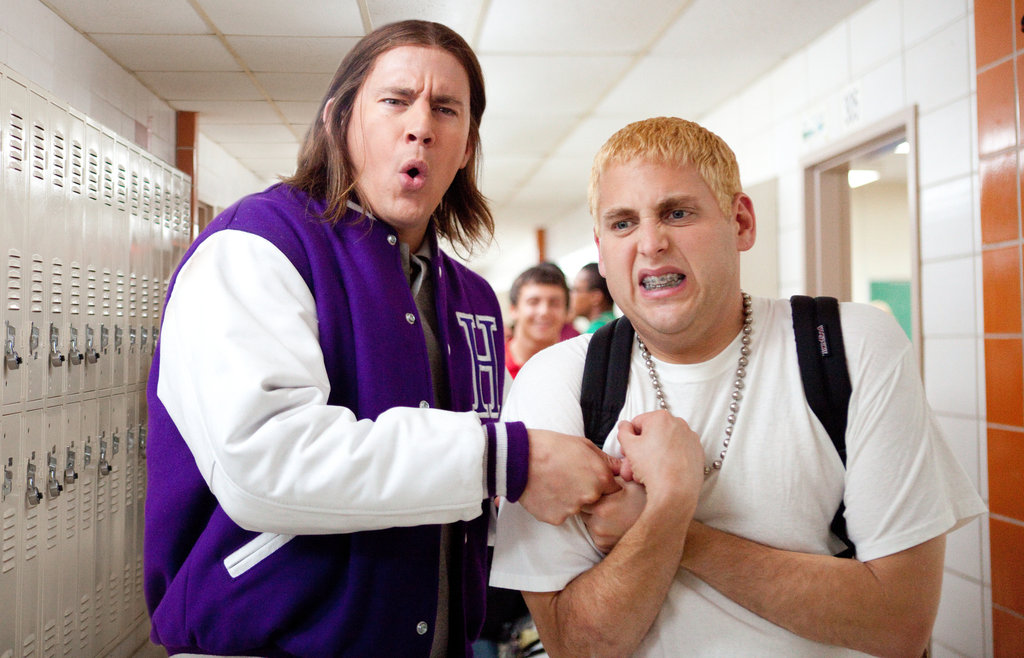 Graduating from the police academy together, Morton Schmidt (Jonah Hill) and Greg Jenko (Channing Tatum) seem to struggle with their first assignments. After massively failing their first arrest attempt, they are sent to work for a task force sending officers undercover. With their next assignment, they must blend in as high school students to stop the spread of a popular new drug. It allows both of them to revisit their days in high school where Schmidt felt like a geek and Jenko was revered as the jock.

The comedy within this film exceeds expectations because of its incredible self-awareness, which stems from the idea that Jonah Hill and Channing Tatum could ever pass off as high school students. Their characters slip into the school with barely receive any weird looks about how much older they look than everyone else. Perhaps, it pokes fun at many of the high school shows that clearly have actors nearing their 30s portraying high school students. Schmidt and Jenko easily going back to high school allows them to relive their experience, but now in reverse. The biggest surprise of the story reveals that Schmidt has become the popular student, while Jenko seems to be more of the outcast. A reversal of fortune from their first go-around in high school.

Jonah Hill provides an expectedly great comedic performance as Schmidt, but this film delivers the rise of Channing Tatum as a man of humor. Tatum made his name for his good looks and excellent dancing skills with Step Up, but he reached a new level in stardom with this performance as Jenko. He works with incredible self-deprecating humor that lands exceptionally well. He delivers the more memorable moments throughout the film with his timing and great line delivery. Serving as their supervisor, Ice Cube brings what has become expected from him, as he provides menacing looks and his humorous lines. This film also provided as a nice launching pad for Brie Larson and Dave Franco, as they both portray high schoolers in the film. A tidy cast that each plays well off each other as they wink at the audience at every turn.

With this film, directing duo Phil Lord and Chris Miller take their first foray into live-action feature films and they shine. They take Michael Bacall’s script and elevate with their directorial choices. It has its action moments because it becomes a cop thriller mixed with comedy. The shootouts look thrilling just as the smaller moments are filled to the brim with tremendous comedy. They create something that should not work in any way, but end up creating one of the best comedies of the 2010s. A story that was met by skepticism by me when first announced but then pleasantly surprised me by the final product delivered. I will certainly think twice before doubting this great filmmaking duo again.

21 Jump Street provides everything a comedy should bring to the table and does much more. It puts together two leads that work perfectly together and put them back in a world where they have to learn the new vernacular and customs. A challenge for anyone who’s removed from high school for more than a year, as the slang seemingly changes every 12 months. An exuberant time with many surprises and some fun cameos, this film has tremendous comedy and a slick production.

One Reply to “Review: 21 Jump Street”