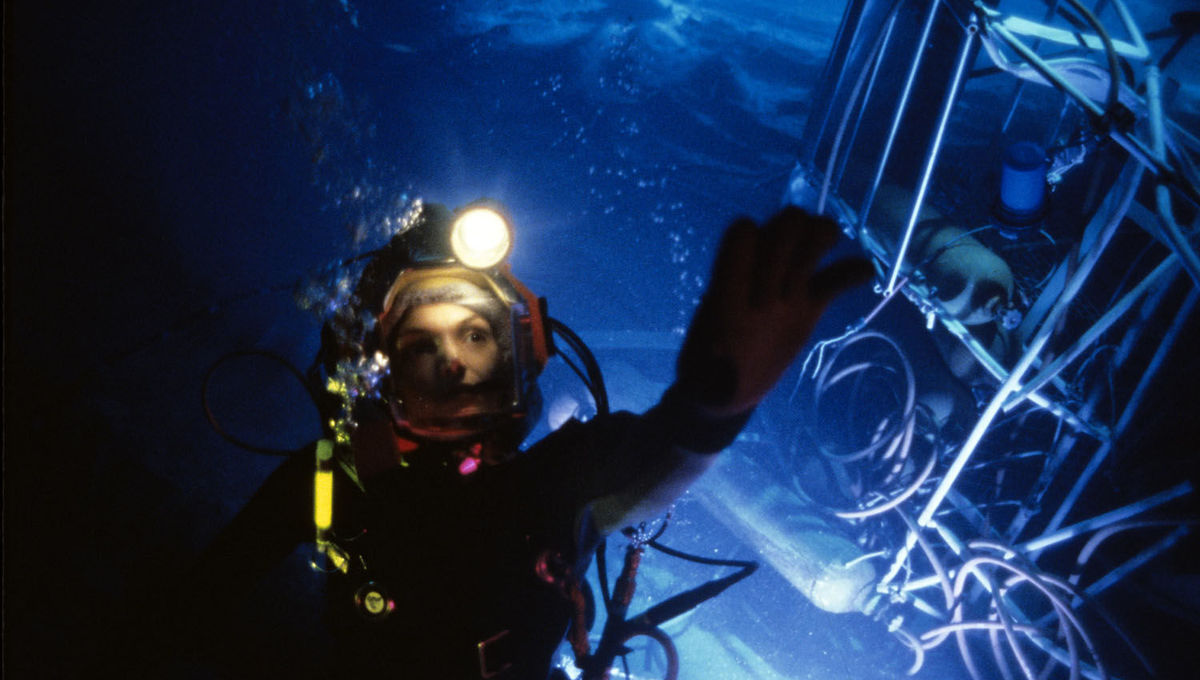 The world does not have enough films that take place in submarines in the deep parts of the ocean. This setting provides an excellent backdrop because so much in the deep remains disturbingly unknown. Humans can only traverse so deep into the ocean due to the pressure, which will prohibit us from ever truly knowing everything. A weird feeling because it feels completely accessible while also being ever-mysterious. We will never know every species that presides down there and in the Abyss, something out of the scope of science might pop up.

This film follows a private crew tasked by the United States military to investigate something deep in the ocean. Bud Brigman (Ed Harris) leads the crew with assistance from his wife, Dr. Lindsey Brigman (Mary Elizabeth Mastrantonio). Along with the crew, three Navy SEALs join them to assist with the location because of the implications it would have. With that amount of people deep in the ocean, plenty could go wrong, especially when the relationships are rife with untold secrets.

Whenever speaking of a James Cameron film, the visuals will always be a talking point and The Abyss certainly contributes to it. The ocean and the creatures found look spectacular and the way they’re captured visually adds to the wonderment of this mission, especially when considering the era of this film’s release. Cameron always pushes the limits of technology, which has always led him to succeed financially, like with Avatar. This film doesn’t receive the same level of discussion, especially when compared to the Terminator films and the monumental hit of Titanic. However, The Abyss demonstrates Cameron’s greatest feat of storytelling.

The Abyss can certainly be classified as one of Cameron’s more sentimental films, especially when looking at the relationship between Bud and Lindsey. The arc of their relationship forms the backbone of the story, as they go from disconnection to fighting the perils they face together. They have a relationship that has strained in recent times, but dealing with the mission presented in the story will line up anyone’s priorities very quickly. The bond between Bud and Lindsey gives the audience people to connect to in the story and the emotional moments they share leave an impact. It certainly helps that the actors cast to portray the characters delivered very solid performances.

However, the biggest strength of this film comes from the ocean and the impact it has on its characters. Being so deep in the ocean really messes with the minds of people because of the pressure, and that makes individuals make some perilous decisions. Humans don’t possess the capability of going that far down in the ocean and technology allowed us to traverse in precarious waters. Even with our technological advancements, nature will still find a way to prevail and does so with the pressure’s impact on the characters. That adds to the drama in the film and the real danger felt within it. Even individuals that received training to be calm under pressure can lose focus when facing the troubles that await this crew. Couple that with the claustrophobic nature of submarines and drama will prevail, which the film executes very well.

This film provides an entertaining science-fiction adventure that pushes out the humanity of the characters as they battle the conditions and the creatures they encounter. A real hidden gem in the bombastic filmography of James Cameron, where he more so focused on story rather than spectacle. It also provides Ed Harris with a nice leading role when he must typically settle for supporting character roles. It all goes to my theory that we need more films that explore the depths of the oceans because we will never know everything that occurs down there and creates a fertile ground for fictional minds to concoct interesting creatures as explored in this visually splendid and emotional experience.

One Reply to “Review: The Abyss”