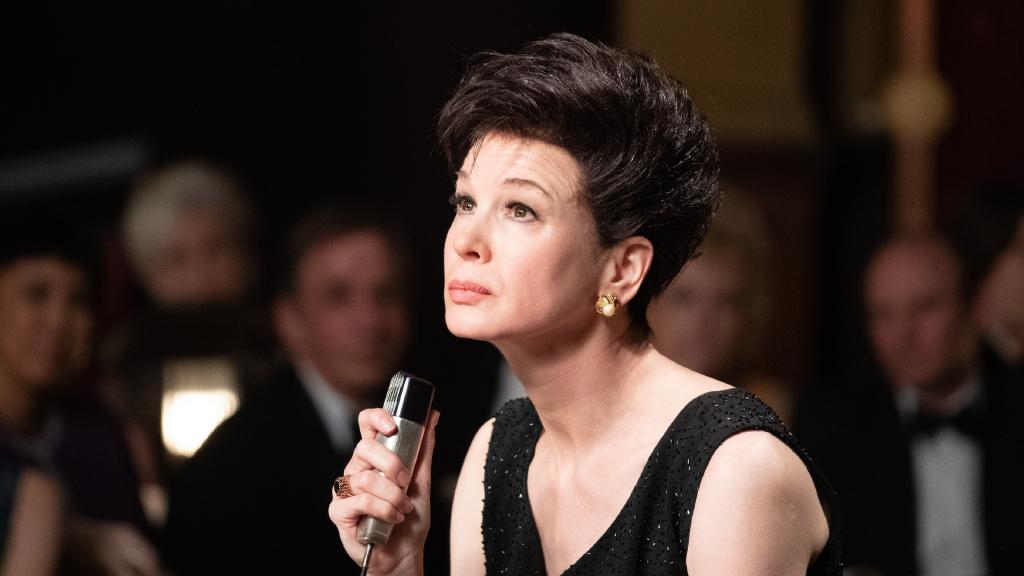 The life of a Hollywood starlet within the studio system consisted of a lack of autonomy and being told how ungrateful you are whenever a reasonable complaint arises. Not all of the glamour that it appears to be from the outside. This film takes a look at that troubled past and the ramifications it’s had on screen legend Judy Garland.

Barely able to make ends meet in California after a troubled working history, Judy (Renee Zellweger) learns of the opportunity to make money in London. The only issue lies in her having to leave her children with her ex-husband as part of the custody agreement. Hesitant to do so at first, but realizing it’s the only way to garner any income, Judy travels to London and promises her kids she’ll be back.

Through my experience and probably of others, Judy Garland will forever be associated with The Wizard of Oz and the impact she had as Dorothy. I never knew of the abuse and her mistreatment during her youth and how it impacted the end of her very short life. Instead of being able to eat actual food, young Judy was forced to fast and take different drugs that took away her appetite. All because the studios wanted her to be thin and not lose the appeal to American audiences. It makes it even worse when looking at reviews for The Wizard of Oz and seeing mentions of how Judy looked well-fed, as a way to say she wasn’t thin. It’s tragic and the way the film details these abuses mixed in with the main storyline adds to the sympathy the audience has for Garland.

Everything with the flashbacks has the film’s highest moments but it falters when it shifts to the present as it details Judy having similar struggles in London that got her cast out of the United States. The story shows the relationship Judy had with Mikey Deans (Finn Wittrock) and how that would inform how the rest of her time in London would be, but that doesn’t matter because we all know what the attraction of this film has always been. That is, without a doubt, the performance by Zellweger as Judy Garland. A stellar performance that doesn’t sink into being imitative. Zellweger sang all of the songs in her own way and brought honor to the legacy of the legendary star. Judy Garland had many complexities, which made her an interesting character to portray, as she’s embodied America’s sweetheart and a Hollywood burnout that studio men warned new starlets would be a negative route to follow. All of that in a short life makes it all the more tragic. Zellweger has all the heavy lifting to do and was able to get it to barely positive for me.

The story overall feels lackluster and all of the additional characters did not bring anything truly interesting to the plot. It’s all about the performance by Renee and she delivered. Zellweger will get the acclaim but the film will be forgotten by the time the Oscar ceremony has ended

One Reply to “Review: Judy”