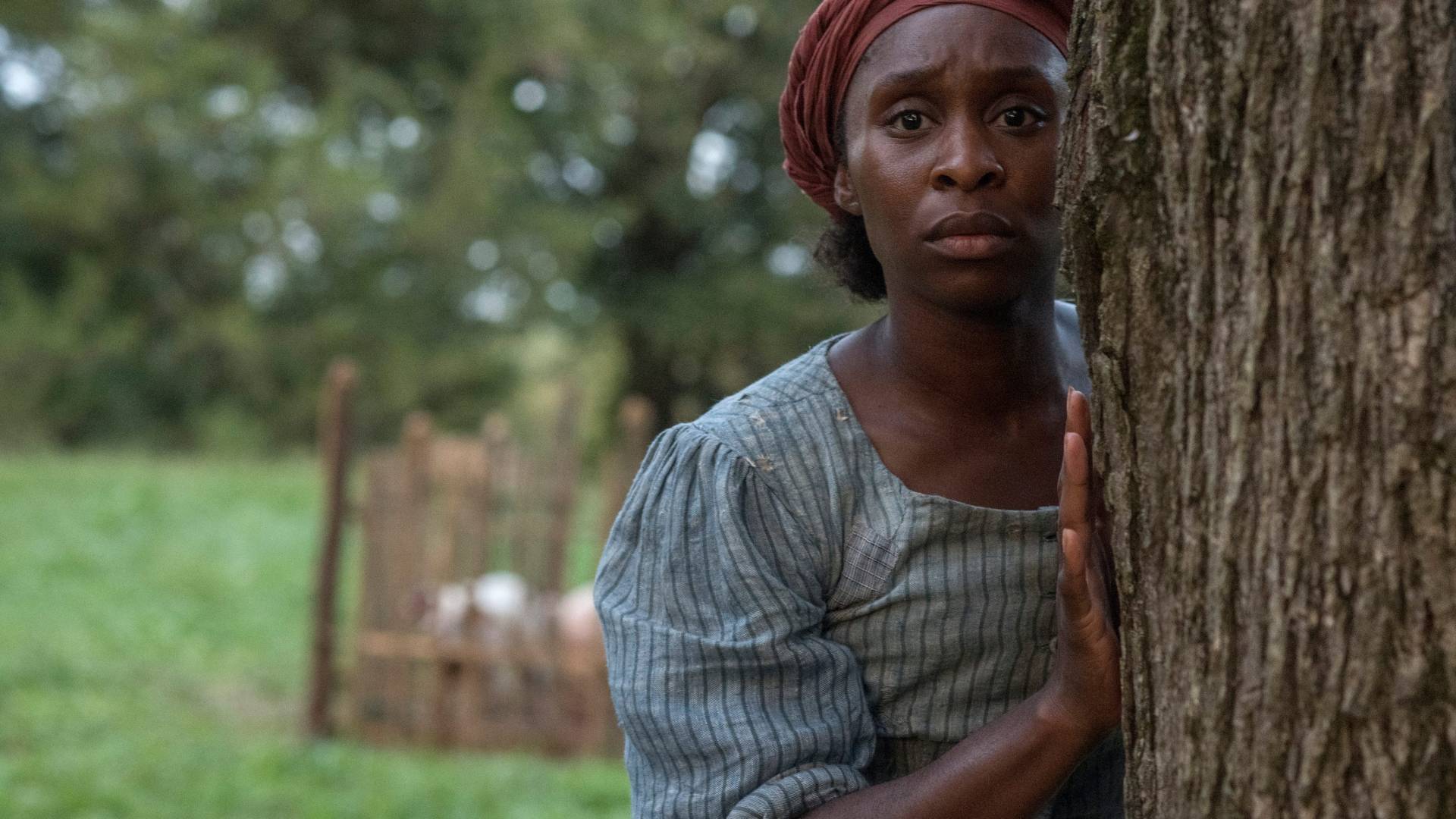 For every historic figure in world history getting their own biopic, telling a more in-depth story about the life of Harriet Tubman seems like a no-brainer. A woman widely known for being a hero during America’s darkest period. It’s such a shame, despite the talent involved, that it resulted in a mediocre film.

Living as a slave in Maryland, Minty Ross (Cynthia Erivo) has her legal path towards being free torn up in her face, which leads her to consider other options. One of them is running away, as she’s in danger of being sold at the next auction. Leaving her family behind temporarily, she refuses to be brought back into slavery and makes her way to Philadelphia where she learns about other abolitionists ready to help. From then she states her free name to be Harriet Tubman and vows to free as many slaves as she can.

The feats accomplished by Harriet Tubman seem almost superhuman with how she traversed the minefield of slave catchers and vengeful owners to fight for freedom. Unfortunately, the path this film takes trivializes that ability, thus invalidating what the real person actually accomplished. Tubman was religious but to the degree that her faith guides much of the plot in an almost fantastical way detracts from any reality the story attempts to convey. It might raise up to some thematic throughline but the rest of the story doesn’t follow through with that setup.

Cynthia Erivo brought her best to the film, as she combined her excellent singing ability with acting to put together a great performance. She delivered her end of the filmmaking bargain but was ultimately let down by a story far too lackluster for the subject matter. Erivo conveyed an athleticism necessary for the role along with harboring a deep sadness that Tubman carried with her. Learning about the family backstory did add more depth to what history has typically shared. It allows Erivo’s performance to have more purpose and meaning.

Additionally, the film does deserve credit for how it shines a light about black complicity in the slavery system of the South. Throughout the story, there were black clergymen that preached about slave obedience for self-preservation and even black slave catchers. Men lining their pockets to help owners retrieve their property shows a harrowing divide about priorities and the means taken in order to survive. There was a great line delivered by Janelle Monáe’s character, Marie, addressing that fact as well.

For the interesting tidbits this film added to the narrative around Tubman’s journey, this film lacks anything narratively fresh. It’s not bad, nor is it particularly good especially with the new mythical aspects added to the film. Forgettable is the best word to describe my feelings about this production.