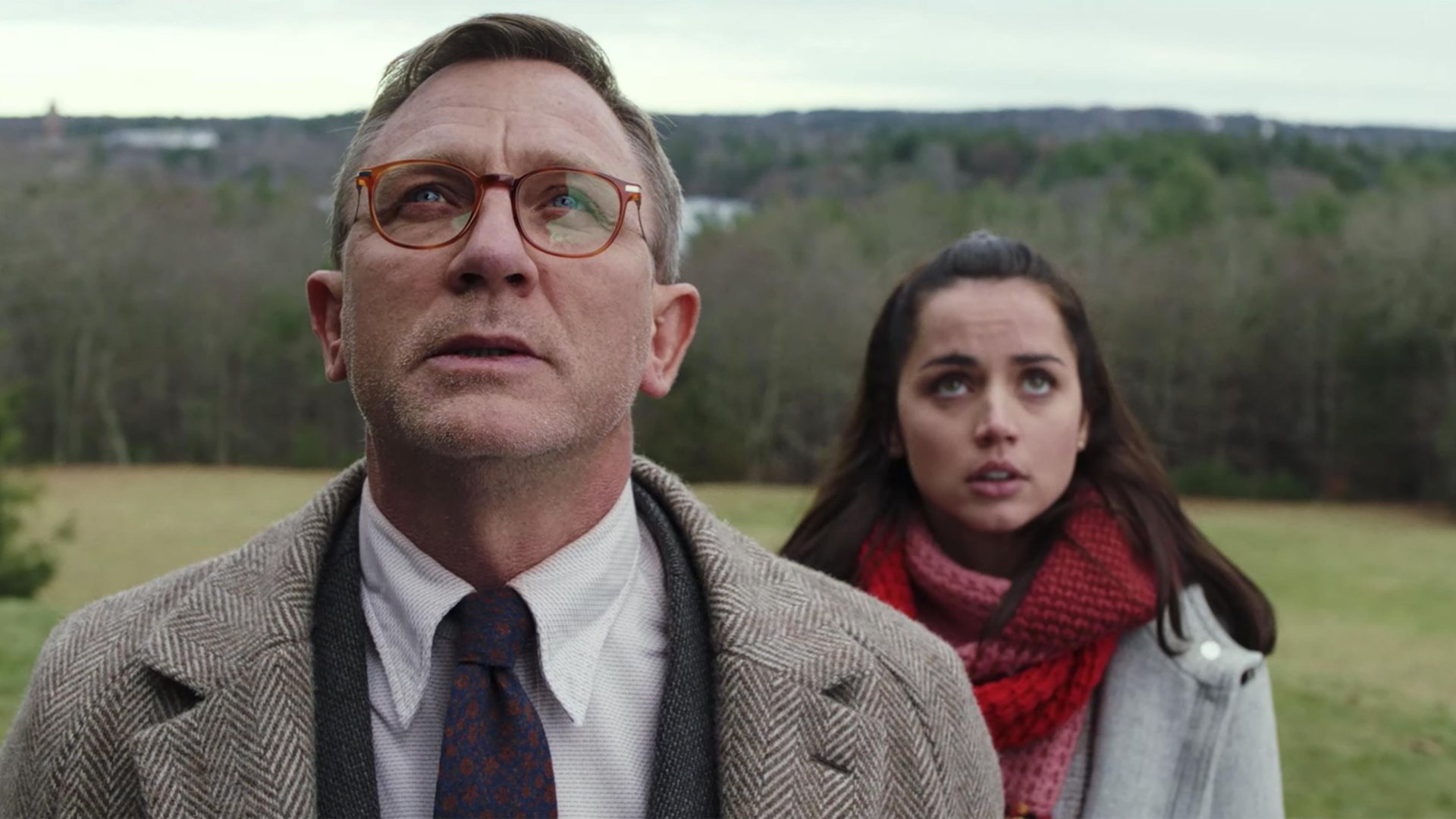 A yearly good old classic whodunnit should be a requirement for Hollywood and this fantastic and hilarious story demonstrates exactly why. With all of the quips, betrayals, and reveals, the true answer to this riddle lies in the heart and the good actions people make under pressure.

After celebrating the birthday of famous crime novelist, Harlan Thrombey (Christopher Plummer) with his entire family present, the wealthy patriarch is found dead the next morning. The first indication being suicide but the services of Detective Benoit Blanc (Daniel Craig) have been called upon and he suspects foul play.

With any successful whodunnit, assembling an intriguing cast with their own set of motives becomes imperative for curiosity and entertainment purposes. They certainly achieved that with this incredible ensemble. As family members to the deceased Harlan Thrombey include a bevy of children, grandchildren, and in-laws portrayed by Jamie Lee Curtis, Chris Evans, Michael Shannon, Don Johnson, Toni Collette, Katherine Langford, and Jaeden Martell. A boisterous group of individuals and they each add interesting elements into this mystery. Other pieces on the board include a fellow detective portrayed by Lakeith Stanfield and Harlan’s nurse, Marta played by Ana de Armas. A delectable cast with some incredible moments.

Ana de Armas stands out more than anyone else and her rise in Hollywood quickens with each role she takes on. She first splashed onto the scene with an incredible performance in Blade Runner 2049 and now she portrays a different type of character that adds an abundance of humor to the story. Her character, Marta, serves as Harlan’s nurse and gets tangled into this mess of petty family members. De Armas brings the heart of the film to its center with her performance. Chris Evans wasted no time breaking out of the Marvel mold as Harlan’s grandson, Ransom. A name that would only exist in a mystery novel, funnily enough, and the crass nature of this character presents itself as a huge separation from the noble and good Captain America in the Avengers films. Evans possesses the bite that makes you want to hate him if he were not so handsome. His character brings plenty of zest into the story and constantly throws the audience for a loop in regards to his intentions.

This entire film came together from the brilliant mind of writer/director Rian Johnson, as he further establishes himself as a director that draws a crowd whenever he attaches himself to a project. He made some headway with Brick, The Brothers Bloom, and Looper but then he skyrocketed when he directed the best Star Wars film of them all, Star Wars: The Last Jedi. Johnson has avoided making a bad film and that streak continues with Knives Out. The way he weaves this web of deception and lies from all of these characters displays his brilliance in writing. Everything comes together beautifully well and would do just fine on repeat viewings because of how airtight the storylines are in the screenplay.

Johnson also had plenty on his mind in regards to social commentary in the film with members of the Thrombey representing different political stances. Whether it be the liberal granddaughter that claims to be an ally until she needs to actually be one or the daughter-in-law, who reads tweets from the New Yorker and considers herself in-the-know. Each of these characters reveals their ugly side at some point along with some sort of motive, as to why they might have killed Harlan. The overall political message of the film makes itself loud and clear with the final shot, and I found it to be quite satisfying. Every character might feel a bit like caricatures, but they serve their purpose in the story and results in some having limited screentime.

No review of this film can get through without discussing the incredible work done by Daniel Craig as Detective Benoit Blanc. Famously known as the current iteration of James Bond, Craig has no fear of taking on whacky roles as proven with his character in Steven Soderbergh’s Logan Lucky. Craig takes on this eccentric character that has a strange southern accent and odd methods to get things done. Blanc’s monologues are pure gold, especially the one where he gets fixated on a donut hole and what it represents in the case. As whimsical as Blanc may be, it’s evident throughout the film that he knows how to do his job well.

As with any whodunnit, twists and turns occur that shift the entire plot but after completing the journey, it all falls together quite nicely. Rian Johnson continues to create excellent films and I hope he continues to makes stories he sees worth investing in because he has an incredible talent for writing and directing. Knives Out works best if with a large crowd as everyone experiences all of the twists and reveals and it only elevates the experience. It’s superb, well-crafted, politically savvy, and plenty of fun.

2 Replies to “Review: Knives Out”