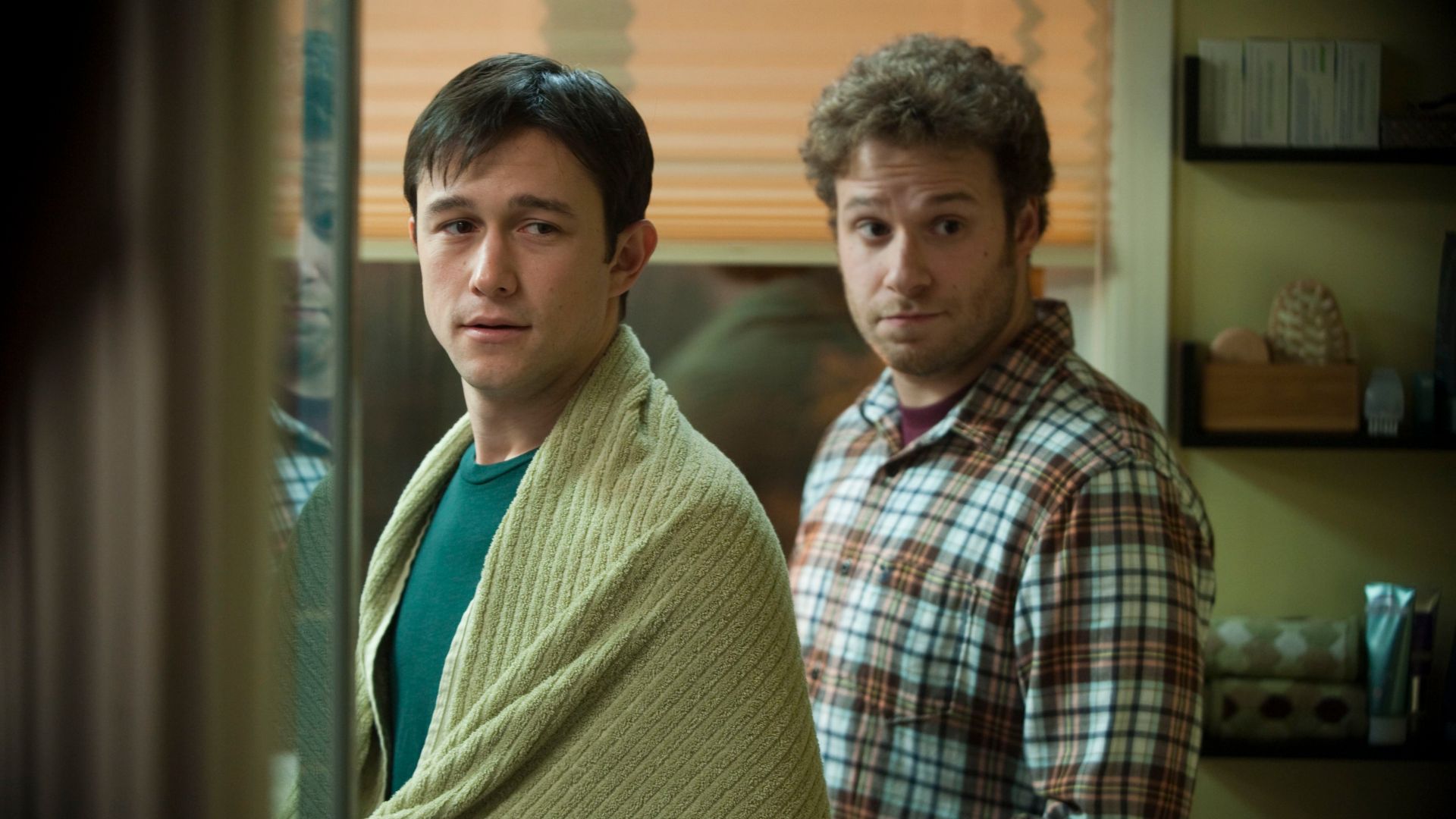 Cancer does not discriminate who it impacts, no matter the age, race, gender, or religious affiliation. It comes with no warning and can damage someone mentally as much as it does physically. Depending on the type of cancer one gets diagnosed with the odds will range. In the case of our protagonist, the odds of him surviving matches the title, 50/50.

Living the average life with everything he has ever wanted, Adam Lerner (Joseph Gordon-Levitt) goes to the doctor after experiencing harsh pains in his back. Scans reveal that he has a malignant tumor on his spine that must be dealt with through chemotherapy and possibly surgery. This news and the subsequent treatment take a toll on Adam as well as the relationships with the important people in his life.

Films with cancer at their center tend to be hard-hitting dramas, but 50/50 tries its best to add levity around the harsh reality of its protagonist’s condition. It happens mostly through the relationship Adam has with his best friend Kyle (Seth Rogen). Enlisting the services of Rogen in this injects the comedy but he also provides quite an affecting performance of a guy trying to cheer up his friend while dealing with the news of his diagnosis. The chemistry between Gordon-Levitt and Rogen works so well in the way they foster a relationship filled with love and care. Even when Kyle seems to be a bit childish in his approaches, it comes from a place of good intentions. He supports Adam through many of the mental hurdles he needs to encounter, like shaving his head because it will fall away due to the chemotherapy.

Something as life-altering as cancer not only affects the person who has it, but also those around them. Receiving and sharing that diagnosis creates one of those critical moments where someone shows their true colors and where they stand in a relationship. With Kyle, Adam knows he has a friend who will stick it out through the end. Unfortunately, Adam learns through this process that his girlfriend, Rachael (Bryce Dallas Howard) cannot handle the stress of having to care for him through the treatment. Adam figures it all out through the harshest way but even when it hurts, he learns of who he can trust and those who stick around when things go well.

Through his fight with cancer, Adam meets different people that can help him on his way to recovery from fellow cancer patients to a therapist willing to assist him. Each of the new characters that he interacts with shows him the reality of his situation and how to cope with it. His therapist, Katherine (Anna Kendrick) allows him to process his emotions. Adam lived a normal life and would go on runs to maintain his health. He did nothing to contribute to getting cancer, but that did not stop it from happening, which leaves a stinging feeling about how quickly our lives can change. Katherine and Adam’s relationship starts to blur the line of patient-client towards more romantic, which may not be ethically good but still creates a cute relationship. Kendrick brings her usual demeanor to this role as she attempts to create a bright spot for Adam while also helping him with his mental health. Katherine represents a light at the end of the tunnel for Adam and their relationship helps him cope.

50/50 manages to blend drama and comedy into a heartfelt story that will leave you thinking about who would stick with you in the darkest times. It injects you into the perspective of Adam as he deals with just how unfair this situation all seems to him. The dramatic moments in the film hit like a rock and Godron-Levitt hammers home those scenes that require vulnerability and trust. With cancer becoming more and more prevalent, anyone reading this review probably knows someone impacted by it, which makes this film easy to connect to. Whether fighting the illness itself or helping someone else do it, support systems can save someone’s life. Adam receives that from Kyle, the other patients, and Katherine. Their support ultimately saves his life and gives him the strength to pull through and fight off this horrible disease.

Beautifully touching and very relevant, 50/50 will break your heart while also holding it close as it envelops you into this story. From a spiral down the tube to an inspiring rise, it does not allow cancer to destroy someone’s spirit. Either through a great support system or a small joke, it brings levity and love to a topic that can drain it all.