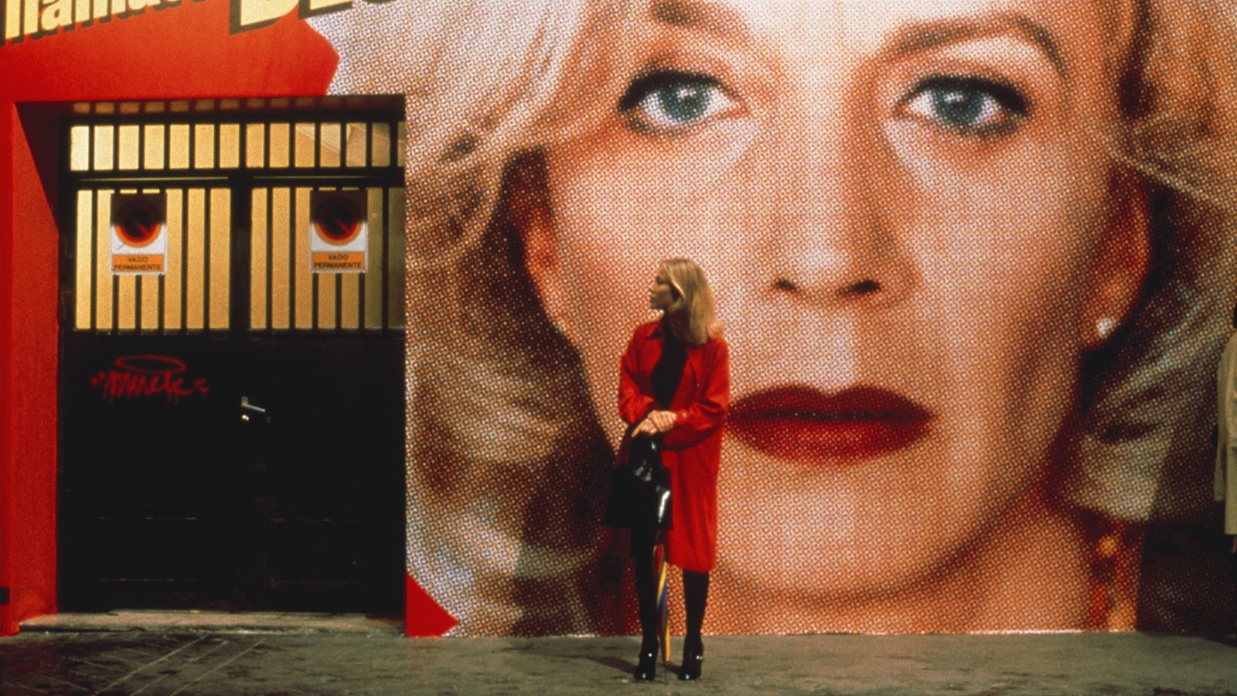 The power of motherhood defies the simple structures of biological attachment, which Pedro Almodóvar displays in this masterpiece but also in many of his other films. Serving as a dedication and a demonstration, All About My Mother shows the ferocity of love that comes with motherhood and how that bond can be created even in the unlikeliest of situations.

After her son dies in a car accident, Manuela (Cecilia Roth) moves from Madrid to Barcelona to find the father of her child and break the news. In the process of seeking them, Manuela reconnects with some old friends and gains attachment to a new group of people that quickly become her family.

The idea of motherhood has remained a large overall theme in many of Pedro Almodóvar’s films, even when they do not solely focus on it. With All About My Mother, he fixates on this relationship and how it centers on Manuela’s journey of grief and reconnection. Throughout the film, visual callbacks to lips stand out. It shows itself prominently in the most iconic image of the story of Manuela standing in front of a large picture of Huma (Marisa Paredes). From the redness from the lipstick and what they represent when people greet and comfort others, a mother’s lips have incredible power. They can provide refuge and a calm presence even in the roughest times.

Almodóvar’s focus on these women shows the level of respect he has for them and the way they step into motherhood. He dedicated it at the end to all of them, and specifically his very own mother. Manuela represents the heart, the pain, and the love of a mother with what she experiences and how she bounces back. Truly becomes a huge testament to the work done Cecilia Roth as Manuela. Just like when a mother holds it together for us and then breaks down quietly, Roth displays the vulnerability of Manuela and how she needs to display strength when she actually feels weak. She steps into a motherly role with almost every character in the story, even with those who are older in age than her. Manuela gives plenty of advice and seeks to help others even when she embarks on her own painful journey of finding her son’s father.

One of the women that fall under the care of Manuela is Rosa (Penélope Cruz), who lived as a nun ready to serve in El Salvador. Her journey gets halted when she learns about her pregnancy, which then derails her entire life. Not only a nun but also one who got pregnant, Rosa falls into the arms of Manuela for support, as she knows that her own family would disapprove. Cruz’s work as Rosa marks one of her earlier collaborations with Almodóvar and it shows that the Spanish director can truly get the best out of the famous actor. Rosa has this vulnerability where she wants to achieve so much but finds herself in a precarious social and physical condition. Cruz utilizes her usual affection but injects some innocence in the process. Among all of the women, Rosa has lived the least amount of years and it shows. From the way she reacts to certain conversations and her outlook on life, she has a different idea of motherhood, while being the only one actually having a child growing within her.

Every woman in the story has their own path and issues that they need to overcome. Even with them each having their own issues, judgment quickly ceases and support prevails. That occurs with characters like Agrado (Antonia San Juan) who lives her life as a prostitute and could easily be degraded throughout the story, but she has a family due to these women. Agrado unapologetically lives her life and refuses to apologize for it, which these women completely understand. There’s also Huma, who tries to care for her co-star, despite the protests. Huma tries to step into that motherly role but gets burned each time. She finds the love and support she always needed from Manuela and Agrado.

Filled throughout this beautiful feature film are a plethora of classic movie references even from its title. The film’s opening scene shows a scene of one of my other favorite films, All About Eve and the themes from that film sprinkle throughout the narrative as Manuela interacts with other women. As the film illustrates, it has a different perspective on female relationships and the values each of the characters hold. In All About Eve, everyone seemingly tries to undercut each other, but the women in All About My Mother attempt to lift each other up. Even when someone disappeared for many years and just suddenly came back. An aura of warmth permeates throughout this story, as do most of Almodóvar’s work. Even with the potential of a character having an attitude like Eve Harrington, they decide to offer support rather than trying to advance themselves.

Additionally, the play that occurs throughout much of the film has the story of A Streetcar Named Desire. Almodóvar uses the themes of these classic Hollywood stories and injects it into the lives of these characters. Both of these films have strong female characters that must overcome the perils of men simply to live and the parallels merge wonderfully. It plays into the performative nature of these characters and how they must be someone in front of others and then show their true selves in the safety that privacy provides. The integration of the two films into All About My Mother only accentuates these experiences and provides further context that the issues these women face have happened to others and they can survive.

Everything works wonderfully in this film and it shows Pedro Almodóvar working at his highest level thematically and narratively. Every character has nuance and incredible affection for those they love. They refuse to buckle down under pressure when they can be supportive for others. The warm circle of love created fosters a family that can survive any adversity that comes across their way during the film and into the future. All About My Mother demonstrates the strength of women and how they truly make an impact on others without having any blood relation or obligation.

One Reply to “Review: All About My Mother”