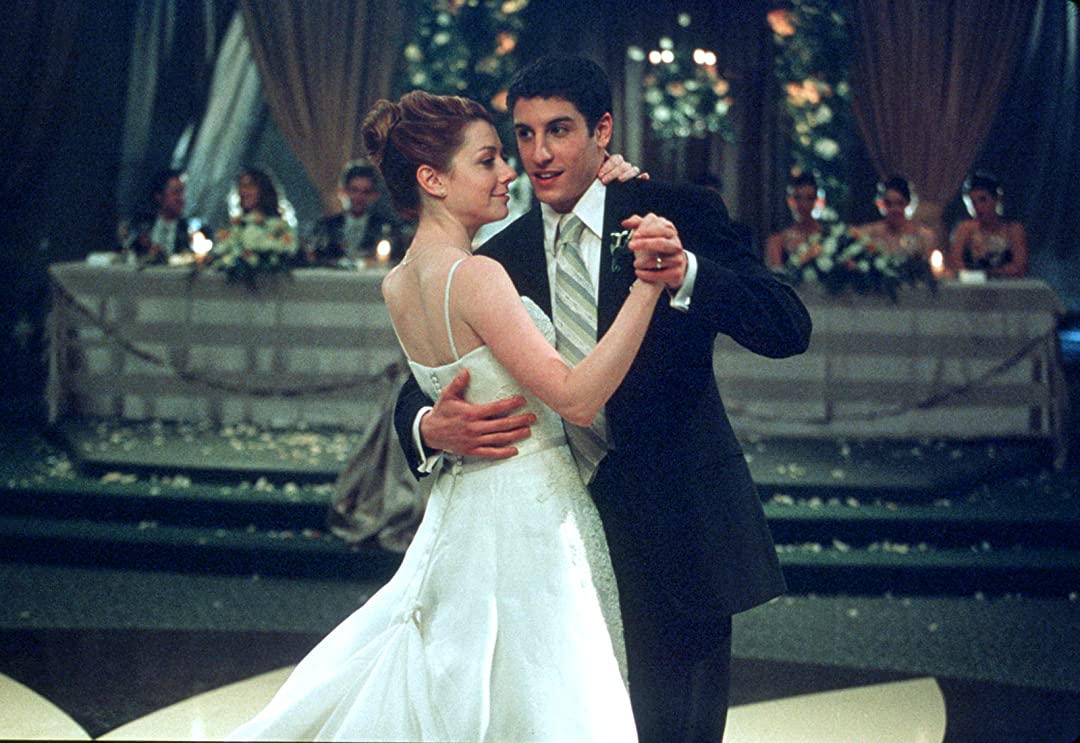 With college behind them and real adulthood on the horizon, the wedding of Jim and Michelle brings all of the raunch that has made this franchise famous. However, with the nudity and the plethora of penis jokes, American Wedding supplies what I never thought these films would provide, an actual character arc for Steve Stifler.

After proposing to Michelle (Alyson Hannigan), Jim (Jason Biggs) must prepare for a wedding that involves impressing his bride-to-be’s parents and figuring out how to prevent Stifler (Seann William Scott) from ruining it all.

From the very beginning to the touching final sequence, American Wedding serves as a conclusion of the story that began in 1999 with American Pie. Not only did it end it all nicely, but it also did so by being the best film in the entire series. Despite having the typical gags that this franchise typically offers, it appears that it actually tried to be a movie and hey, it worked. It achieved a level of quality that the others could not and did so by focusing on my least favorite character of the first two films.

Steve Stifler served the purpose of being the terrible person that causes all of the trouble in the first two films. He had no real character substance and I got very tired of his antics. In American Wedding, they made all of the other nonsense worth it. After finishing the film, it felt like the story belonged to him more than it did for Jim or Michelle even if the plot surrounded their nuptials. What made his character work in the film came from the hilarious gaffe of making him act like his polar opposite in order to impress a girl. Something that may be gimmicky but it had great results in the actual narrative. Having him pretend to be some preppy guy produced so many funny moments and much of the credit must go to Seann William Scott. He’s always had my appreciation for his role in one of my biggest guilty pleasures, Bulletproof Monk. I thought he would be able to bring more to this role and the better writing he received in this film proved just that.

Other characters certainly took a backseat in this one because there can only be so much shared screen time for a film series that knows it can quickly overstay its welcome. One that suffers the most is Kevin Myers (Thomas Ian Nicholas), who simply exists in the film because his arc closed successfully in the previous movie. Chris Klien’s presence as Oz was certainly missed by me but it makes sense seeing as he had nothing to do even in the second installment of the trilogy. Eugene Levy brought his usual comedic genius through the awkward conversations but he got some of the more sentimental moments especially towards the end as well.

Jason Biggs and Alyson Hannigan provided their usual flavor of comedy but the introduction of January Jones as Michelle’s little sister came as a welcome surprise. She brought the typical charm she brings to any of her roles even if the character symbolized a basic plot device whose only purpose derives from making Stifler a better person. Additionally, having Fred Willard and Deborah Rush as Michelle’s parents certainly added some fun, especially when it came to the dinner scene that went horrifically wrong.

Surprisingly enough American Wedding had the best comedic moments of the franchise as well. Whether it be from the gay club that Stifler needs to dance his way out of or the stripper sequence at Jim’s house, the comedy landed better than ever before. I found myself actually laughing out loud at parts instead of just cringing at the gross-out humor typically employed in these movies. It took them a bit to lock it down but when they hit their stride, it kept galloping towards the end.

Originally billed as the finale of the franchise before the spin-offs and the reunion nearly a decade later, American Wedding wraps up a nice bow on the experiences of Jim and his friends. The film begins after their graduation from college and it ushers them into a new era into their lives. Even with the juvenile jokes injected into the story because it must uphold the brand, it provided moments that allow you to see how these characters have grown. Even with Jim being perpetually awkward and clumsy or Stifler always being a sexual deviant, life has hit them with the realization that they need to step up. It concludes the trilogy of Stifler ingesting unsavory body fluids, but also one that displays growth.

One Reply to “Review: American Wedding”