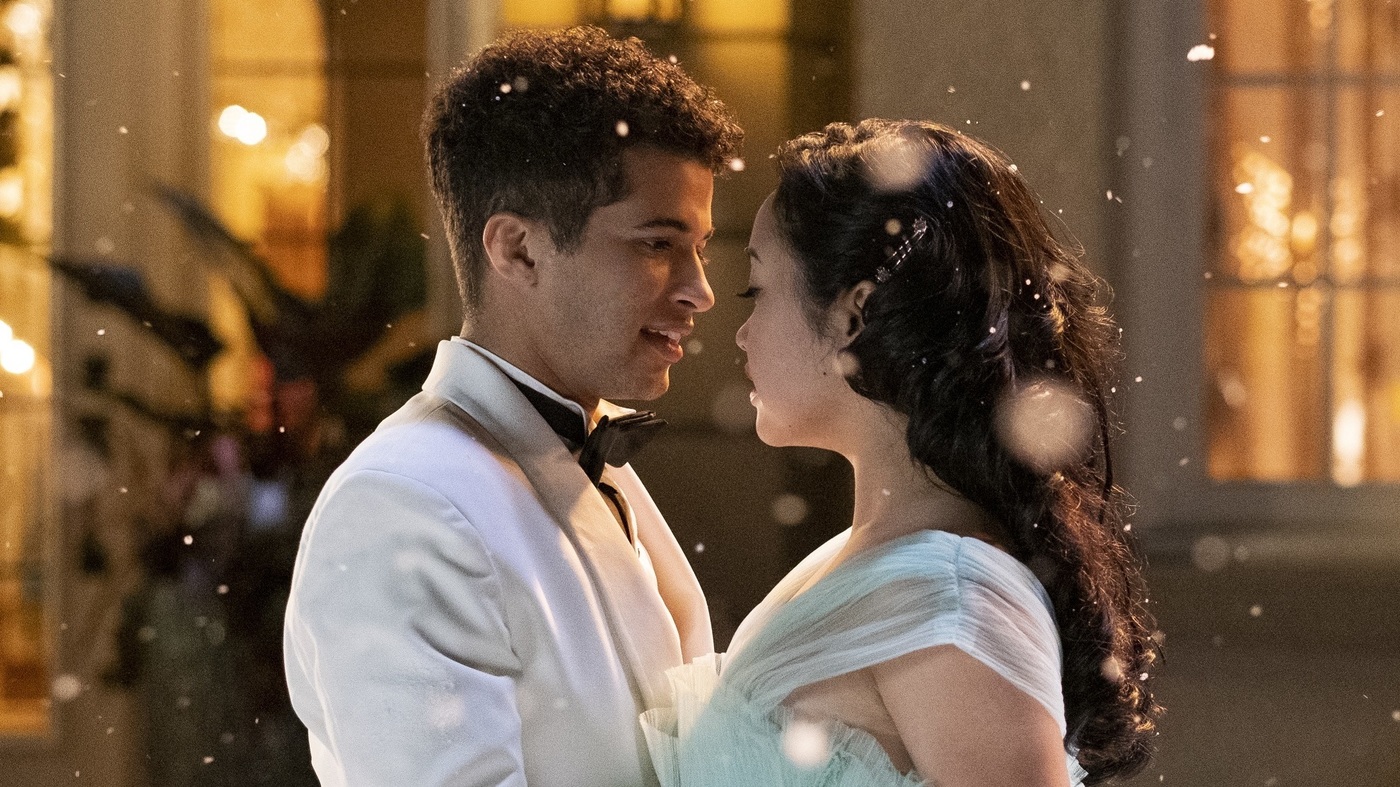 Being in a relationship doesn’t necessarily signify that having feelings for other people becomes impossible. A realization that our young protagonist confronts when a surprise past from her life returns to her life. While using the same charm that made its predecessor a hit, the issue the sequel can be summed up by its atrocious title.

Thinking she has a fairytale relationship, Lara Jean (Lana Condor) starts to have feelings of insecurities about being the girlfriend of the sought-after Peter Kavinsky (Noah Centineo). When volunteering at a retirement home, she serves as one of two and the second person happens to be one of the other boys that received her letter of love, John Ambrose (Jordan Fisher).

To All the Boys I Loved Before worked because of its sweet charm and Lara Jean’s perspective being one of the fairytale variety. It introduced the world to Lana Condor and Noah Centineo onto the mainstream and overall worked well as a story. Unfortunately, its follow up fails to measure up on all accounts, feels completely artificial, and displays a lack of planning. It starts with the title, which takes the first half of the title of the first film and then sticks in the title of the second book. That may be the biggest case of not having confidence that people will find this film in the endless hole of Netflix content. Is that the brand? To All the Boys? It’s brutal and summarizes the issue of the film.

With the success of the first film, they definitely upped the budget but it can’t help that the story is simply inferior. This premise revolves around Lara Jean trying to fight off her insecurities. Even if she won the heart of Peter, she feels inadequate because other girls openly profess their love for him. Not only could Peter put an end to this if he actually cared about his girlfriend by telling them to stop, but it then results in her potentially falling into the arms of another guy. That cues the ultimate convenience of having the only other person to volunteer in the same location to be one of the other boys she loved before, John Ambrose.

Not only did they not have the foresight of keeping the same race of this character between the first and second films, but they also created such a cliché and boring potential romance for them. It’s a love she had for him when she was much younger but then it manifests as she reaches the age of 18 because the story needs a conflict. I don’t want to take anything away from the work by Lana Condor and Jordan Fisher, who portrays John Ambrose. They worked well and the chemistry they created on screen sold this potential love more than the actual dialogue did. Visually, the interactions between them, including the ball they put together in the retirement home looks beautiful but all for a storyline that ends in such a predictable way that I could not fathom why they spent so much time on it.

This film had the opportunity to do something interesting with what was established in To All the Boys I Loved Before, but it squandered that opportunity. I have not read the source material, but the roots laid out did nothing but make all of the characters around Lara Jean feel like such a nuisance. Peter could not get out of his own way with how he obviously caused harm to his girlfriend. A highlight of the first film, Lara Jean’s sister, Kitty (Anna Cathcart) even got to the point of being an annoyance. Every character lost the sweetness they presented in the previous film and the only one that looked good happened to be the protagonist.

Not much in the film really worked for me and it’s a shame because I partly enjoy Lara Jean’s growth, as she learns to not project her insecurities. That lesson allows her to have more confidence but it gets mixed into a stew of an old flame and inexplicable decisions by the characters to simply create conflict in a story that did not need it. These nonsensical decisions make this yet another sequel that squanders the success that preceded it.

One Reply to “Review: To All the Boys: P.S. I Still Love You”