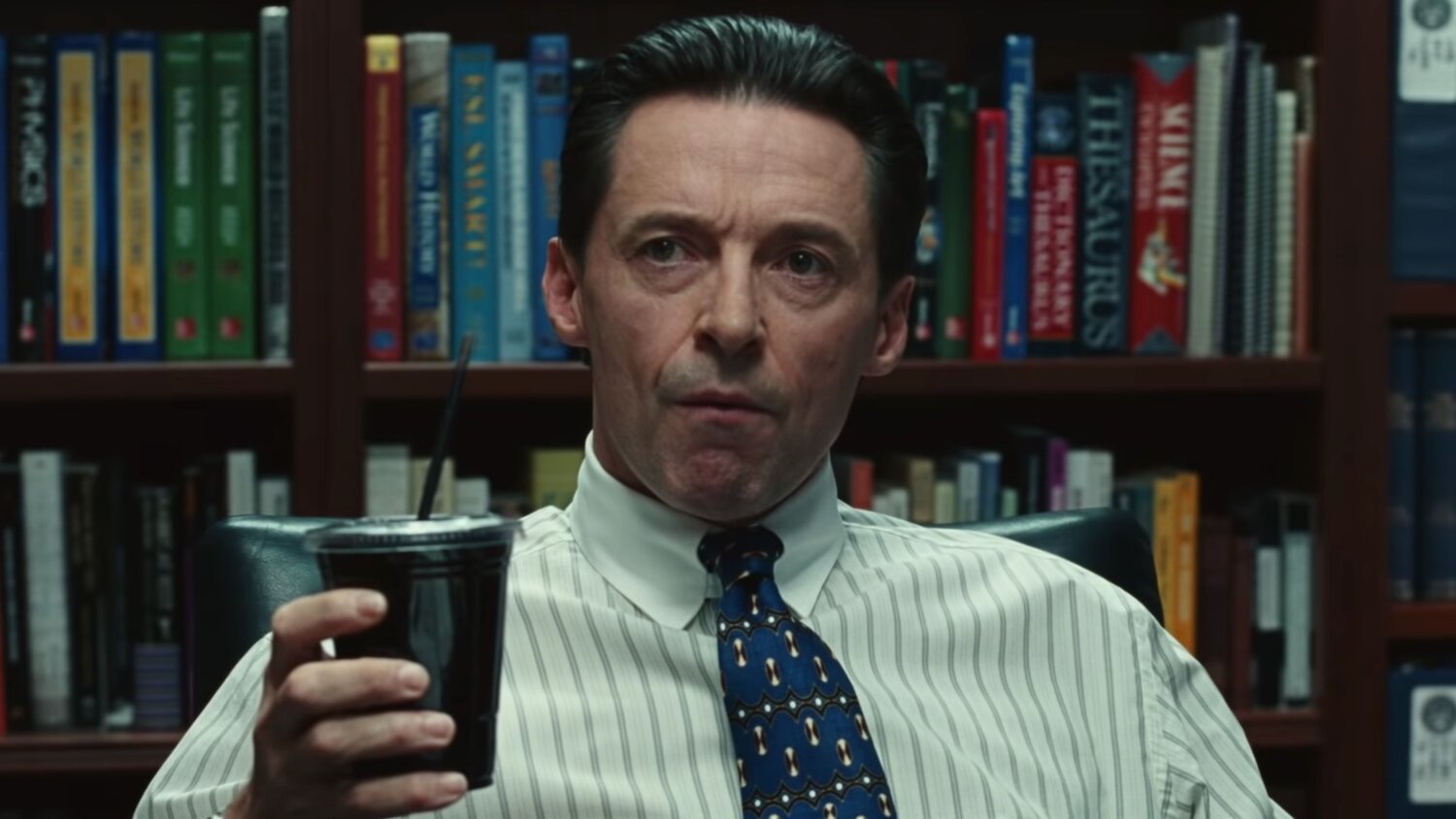 Unchecked success creates an opportunity for complacency. Everyone is comfortable and happy with the results so the methods remain unquestioned. One little slip-up can then unravel the entire mess that was being covered up all of those years. As damning as it is revealing, Bad Education sheds a light on one of the largest scandals to have ever taken place in a public school system.

Holding down the position of superintendent of schools successfully for 12 years, Frank Tassone (Hugh Jackman) has raised the quality of the schools and has benefitted everyone around him. He hopes their next construction of a skywalk will solidify the district as the best in the nation until some suspicious purchases put everything into question.

As the film states, the greatest way to elevate a town, city, or borough comes from the value of the public schools. The more success the educational institution garners, a spike in home value will follow. It’s hard to disagree with that statement, as many couples searching for a home and plan to have kids must consider the local schools and how they will benefit their children. In Long Island, where this film took place, Frank raised the profile of the schools, which in turn made everyone richer and then pumped more money in the schools. Being the steward of all of that money requires responsibility, which gets exposed in this film.

Bad Education begins with a show of prosperity and happiness within the district, which Frank provided from his attention to detail. He made sure to know everyone in the rooms he would enter and some handy facts about them. It would demonstrate that he cared about them. He made his way up from being an English teacher and reached the pinnacle of the education hierarchy, superintendent of schools. He refuses to not make the most of the situation. His work and results could not be questioned as students from the district were attending Ivy League schools, which became the contract to cover up the gross actions revealed in the film.

The way everything begins to fall apart in the story gets absorbed by the simple score that intensifies every interaction as these administrators begin to get exposed. The discovery reveals complacency of the highest order. Once small cracks in the foundation begin to form, it cuts away the facade that has convinced everyone that the people involved genuinely care about their work.

Hugh Jackman put in a stunning performance as Frank Tassone with how he manipulates everyone around him for his benefit. Even when someone approaches with the best intentions, he knows how to turn things around to have them doubt why they even began the conversation with him. Jackman typically takes on noble characters but he accomplishes something special with his performance as Tassone. It doesn’t have the anger and sheer force of his performance in Prisoners, but the charlatan act he puts on balances between being charismatic and despicable. He paired incredibly well with Allison Janney, as they both have everything around them crumble under their own selfishness.

The reasoning of the decisions made in the story leaves for a great discussion of the intentions. It comes from a real story that took place in Long Island, but the Tassone in the film has such a vanity to him that would not be afforded by the profession he chose. It makes the skywalk construction project he desperately wants to build the perfect descriptor of his character. In different moments, it’s shown throughout the film that the schools are not in the best condition, including a ceiling that leaks right in the office suite of the superintendent. Instead of tending to those glaring and structural needs, Tassone becomes obsessed with getting the skywalk built. When any administrator gets questioned about the purpose of the new construction, they always deflect about its popularity instead of its practical use. Similarly, Tassone obsesses over his looks and the perception he gives off towards others when on the inside his ethics are as rotten as the ceiling tiles that need replacing.

Chaos reigns when those who hold the power of accountability slip up, which took place in this prosperous school system. Just as things start to look grim, it gets worse and worse until the final toll gets accounted to see the damage that has occurred. The narrative has great pacing to it with how the story moves and shows the methodical nature of how it all got exposed. It makes for a thrilling viewing experience that challenges what makes someone an accomplice and where ethics come to play when managing money one was entrusted with to educate children. Bad Education delivers with its electric story and serves as a reminder of the age-old saying of the inside mattering more than the outside.