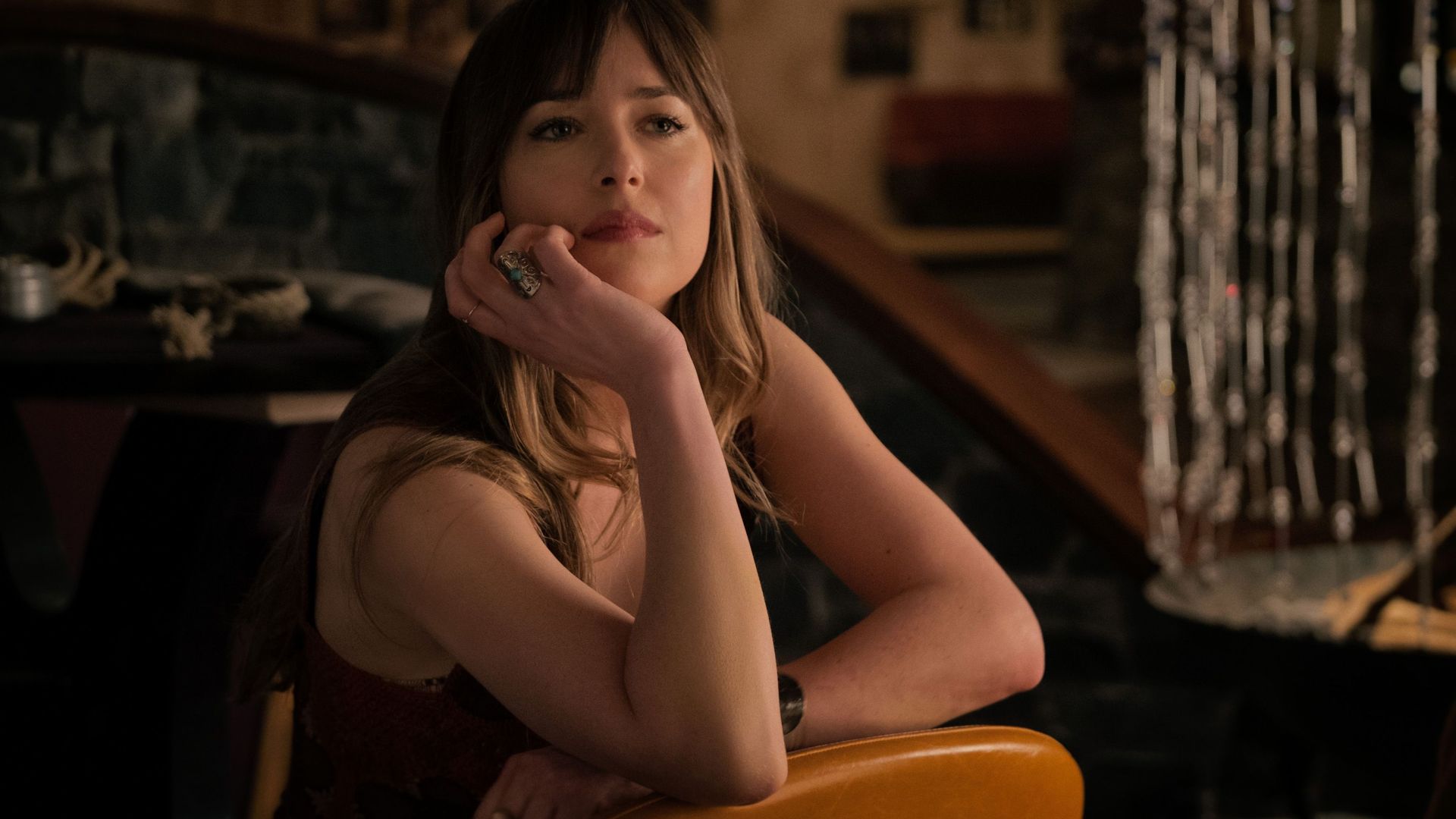 You just never know who you’ll meet when you check into a hotel. People could be there for business, vacation, refuge, or a myriad of reasons. It’s the perfect location for strangers to converge. Using this incredible intrigue and delectable characters, Bad Times at the El Royale proves to be a wildly good time within a playground that asks for some interesting scenarios.

The El Royale Hotel once hosted many celebrities and politicians until it lost its gambling license. Now it sits desolate on the California/Nevada border where any new tenant can decide to stay in either state. On one mysterious day, visitors from all over decide to stay at the hotel, each with their own story and motivations for checking in.

The intrigue is the draw for this story, as shown in all of the promotional material. A hotel that seems to not have had much business suddenly gets an influx of these fascinating characters. We have Laramie Seymour Sullivan (John Hamm) insisting he wants to stay in the honeymoon suite even if his ring finger remains bare. A priest (Jeff Bridges), a singer (Cynthia Erivo), and a mysterious woman (Dakota Johnson) all arrive in close proximity to one another. They each check into their rooms and they inevitably discover the secrets of the hotel and what everyone else is up to.

Creating this hotel feels like producing a character that helps with the story. Choosing to stay in one state over the other could have legal ramifications and could say something about each character. Sullivan discovers that a passage runs behind each room revealing a two-way mirror that appears to have a camera set up in order to record the tenants. The setup feels exhilarating when each of these characters reveals their true intentions. Sullivan looks into each room to see what they do when no one happens to be looking. These discoveries propel the plot.

As a story built on its revelations, it creates a puzzle trying to figure out who has pure intentions and who has sinister plans. It makes everyone untrustworthy and it really benefited the actors. Cynthia Erivo, in particular, flexed both her acting and singing ability in a spectacularly crafted sequence utilized to deceive a specific character. It may have been the best scene of the entire film. Hamm, Johnson, and Bridges each brought their particular brand of either being goofy or mysterious in their roles. It made it all the more surprising that when someone like Chris Hemsworth put the brakes on the story.

The narrative sequence will obviously draw comparisons to Pulp Fiction in the way the story comes together through different perspectives. Something will occur with one character only to be shown again from the perspective of another. It kept the pacing quick and added extra context to every scene that occurred. The pacing stood out as a highlight of the film until Billy Lee (Chris Hemsworth) arrives. Inspired to be a Manson-like cult leader, his entrance to the story looks and feels epic, but what follows creates for a huge stall in the pacing and loses the incredible momentum of everything that preceded it. It’s fascinating because the character has such an aura to him only to follow the most uninteresting part of the entire film. It appears writer/director Drew Goddard pushed the story a bit too thin with his inclusion, at least in my estimations.

Plot details can only be spoken of in generalities because the reveals begin early and obviously become integral to the plot. The twists and turns in the film complete the desired effect of creating intrigue thus making it unclear who the protagonist may be and who will survive all of the madness. With the shocking moments come the emotional altercations that round out these characters and the hopes they have when they check out of this strange place. It comes together very well overall.

I recommend checking into El Royale and experiencing the twisty world Drew Goddard created for everyone. The characters bring genuine intrigue and all of the pieces come together to create a tapestry of deception that stumbled a bit towards the end but concluded in a way that feels emotionally complete and satisfactory.

2 Replies to “Review: Bad Times at the El Royale”