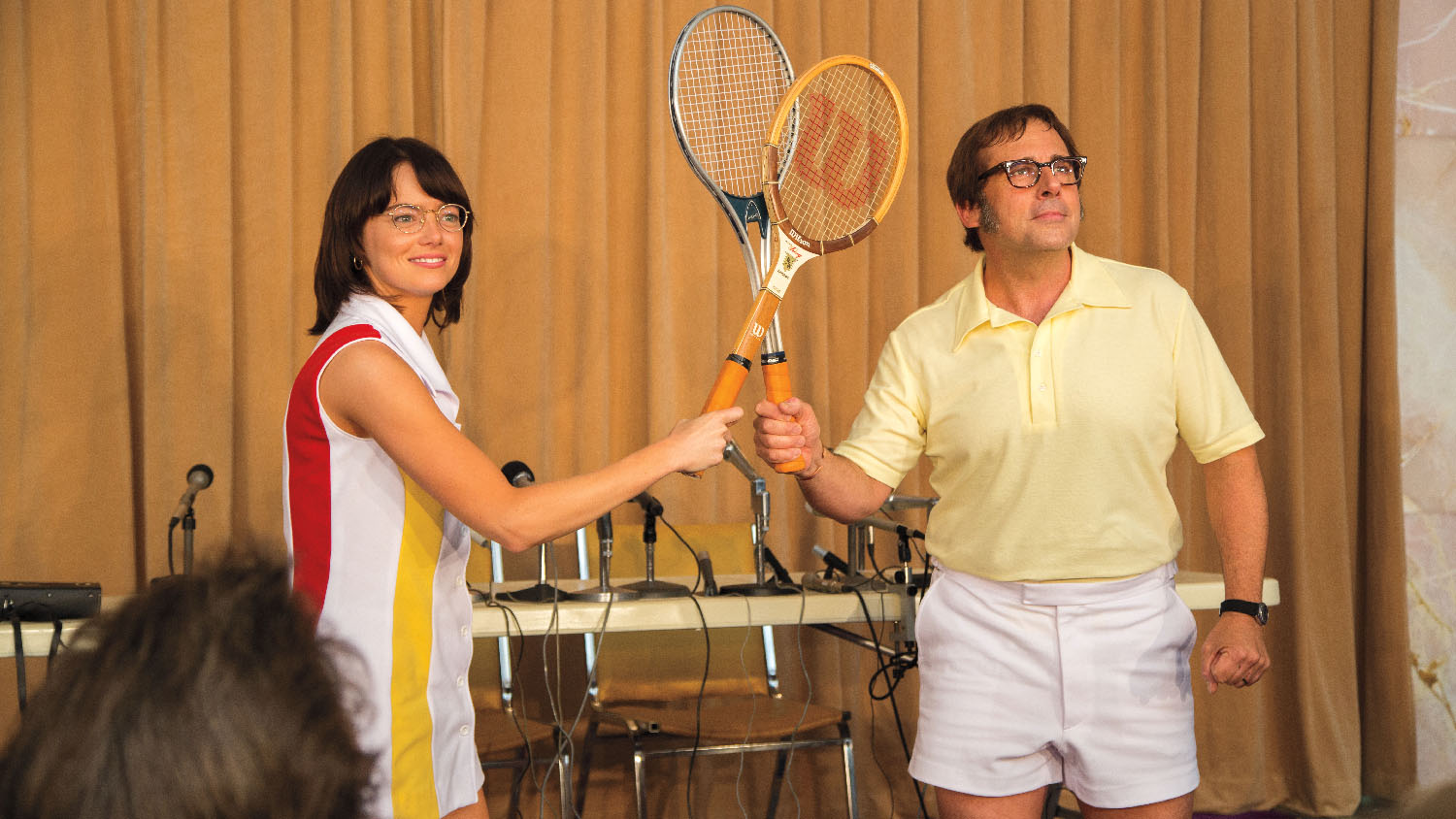 Fights for rights in the modern-day may feel fresh and new, but little do we know of the roots it had by visionaries in the past. It’s eerie to see the gender pay gap that exists in this nation knowing that this has been an issue for decades with not as much traction being made as one would want to believe. Battle of the Sexes explores a landmark moment where chauvinism and feminism clashed on national television.

After refusing to compete in a tennis tournament where the female winner would receive 1/8th the amount of prize money as compared to the males, Billie Jean King (Emma Stone) fights back. She decides to gather other female tennis players and start their own league. Meanwhile, struggling with his own issues, Bobby Riggs (Steve Carell) seeks to be in the spotlight once again and challenges Billie Jean King to a match in order to prove that women don’t deserve to be on the same court as men.

As of the writing of this review, the United States Women’s Soccer team is fighting in the courts for equal pay as the men’s in light of their bountiful success. A team that has won back-to-back World Cups while the men’s team failed to even reach their World Cup in 2018. The same issues that have been raised against the women appeared in Battle of the Sexes and can easily become disproven. The argument held against both the soccer team and King was the attention the men are given despite the women having higher ticket sales for their games. In both cases, the women decided to fight back and while the final result for the soccer team is still up in the air, King made a difference, which has inspired many.

The clash of Riggs and King brings together two delightful actors to square off with one another. Emma Stone, fresh off her Best Actress victory for La La Land, took on this role and succeeded in bringing this sports icon into the story. Steve Carrel knows how to play a complete scumbag on screen and captured the showy and attention-seeking nature of Bobby Riggs. With the rivalry, came begrudging respect between the two, as they had different intentions going into the match. Riggs wanted attention to himself while King wanted to show the world that women deserve to be treated equally as men.

Riggs provides the humor while King brings the emotional journey. It cannot be questioned that Riggs was quite the promoter in hyping up the match to be a must-see event. He doubled and tripled down on being a chauvinistic pig to set himself up as the ultimate villain to women and a hero to all of the sexist men out there. He even went as far as to have a little pig with him to signify as such. Conversely, King displays the journey of a woman attempting to change the structures around her. With staying at all of the motels and building their own federation after being banned by the US Lawn Tennis Association, she gets the opportunity to reflect on her identity and sexuality. Her attraction poses a threat not only to her husband but also to her tennis career, as someone of that stature having a same-sex relationship was unheard of. King must deal with all of these issues and prepare herself to essentially represent all women in this exhibition against Riggs.

Battle of the Sexes currently stands as the latest feature film by the directing duo, Valerie Faris and Jonathan Dayton. The duo has proven themselves to be indie darlings with the type of stories they take on. They first hit the stage and gained awards acclaim with Little Miss Sunshine before crafting my favorite film of theirs, Ruby Sparks. They enjoy having some strong yellow in their films and bring larger than life characters to the screen. They had more constraints considering that this film focuses on two real folks but the direction given specifically to Carrel as Riggs must have been quite spectacular.

It’s great to pay respect to someone like Billie Jean King and the impact she has left in the sports world. The fight for equal pay wages on and Battle of the Sexes shows the incredible power of resilience and resistance. It shows that characters like Bill Pullman’s Jack Kramer, who banned these women due to them asking for equality, have not been eradicated from the sports world entirely. There’s still plenty left to achieve, but it’s nice to look back onto one of the pioneers and this feature paid her some great respect.