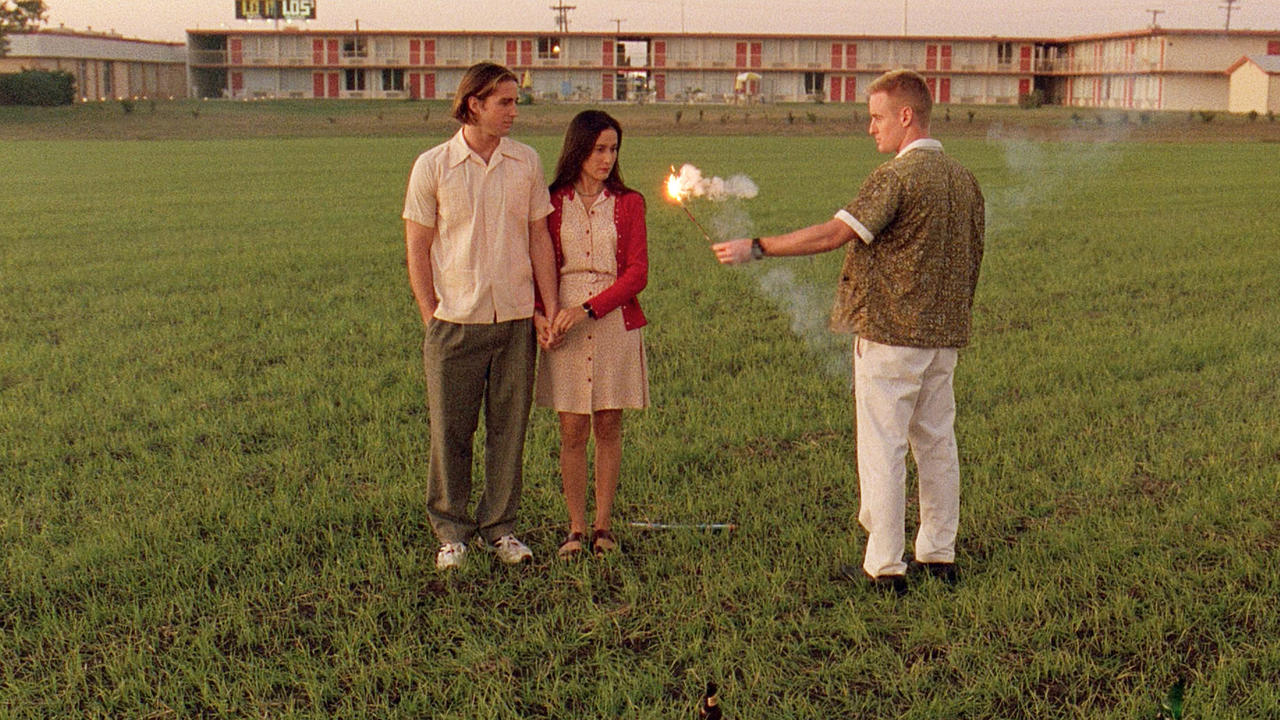 The best-laid plans in life don’t always come to fruition in the way we expect them to. It typically happens because life provides curveballs one cannot anticipate. It’s something learned by this pair of friends, as they set out to live a successful life but constantly must contend with their ineptitude.

After breaking out Anthony (Luke Wilson) from a psychiatric unit, Dignan (Owen Wilson) unveils this massive 75-year plan he has outlined for a good life. Much of it involves burglarizing places for the financial gain it would provide. After one of their first major burglaries, they stay at a motel, which begins to show the cracks in their friendship.

It would not be a Wes Anderson film without the Wilson brothers, as they’ve been with him from the beginning evidently in Bottle Rocket. The feature film debut for the detail-oriented director and while rough at times, this film sets up the greatness he would master with more experience down the road. It may not be the best entryway, as Anderson’s trademark dry humor does not work as well in this instance, but it still carries its own charm. This distinguishable charm comes mostly from the performance of Owen Wilson as Dignan and the positive attitude he has for life no matter his circumstance. He constructed the multi-decade plan and he carries most of the momentum to set up the heists. While he plans these things out, he may not be the smartest cookie around.

The best comedic moments of the film reveals itself in the build-up to the heists. This film would certainly fall within that genre, but typically those are dominated by films like Ocean’s Eleven, where each person who joins the crew has a specialty of some kind they contribute. Conversely, in Bottle Rocket, Dignan allows someone to join their team simply because they’re the only person they know who has a car. When running any heist operation, a car must be considered crucial for the giveaway. The scene where Bob (Robert Musgrave) auditions to be part of the team begins and ends with him stating he has a car, which Dignan replies with agreement and a shrug. It’s moments like those that demonstrate the true nature of these characters.

Another arises from their first major heist of a bookstore. Dignan takes the manager to the back to get the money from the safe. While trying to be intimidating with just a nose strip on his face, he tells the manager to hurry up, but the manager turns around and chastises him. Even with a gun in his possession, he does not strike fear on this middle management fellow. Dignan then follows up the harsh words by asking him to please get a bigger bag for the money. It makes for lovely moments and contributes to Bottle Rocket as an enjoyable movie. There are serious things happening in the story, but their ineptitude dulls it.

Other characters make their way through the story of Anthony and Dignan, which includes Inez (Lumi Cavazos) and Mr. Henry (James Caan). Their inclusion rounds out the characters in their development. Mr. Henry, in particular, serves as the father-figure role for them, which becomes apparent in almost every other Wes Anderson feature. Portrayed by James Caan, who always brings his swagger to any role he accepts. He matches the intensity he always brings with a soft touch towards Dingan and Anthony that allows the audience to trust him even if his profession may be questionable. Inez becomes Anthony’s lover when he and Dingan stay at a motel after their first heist. The language barrier between them becomes a small barrier, but their attraction to each other bulldozers over it quickly.

Bottle Rocket has several moments displaying the Wes Anderson trademarks through the dry humor and the detailed nature of the shot composition. The endearing nature of the characters will help you look past the way of life they’ve chosen for success and the interactions with everyone else will only make you like them more. It makes for an enjoyable feature even if it ranks lower among Wes Anderson films understandably. A first film nonetheless but one showing the seeds of greatness this great director will utilize to create his other masterful works.