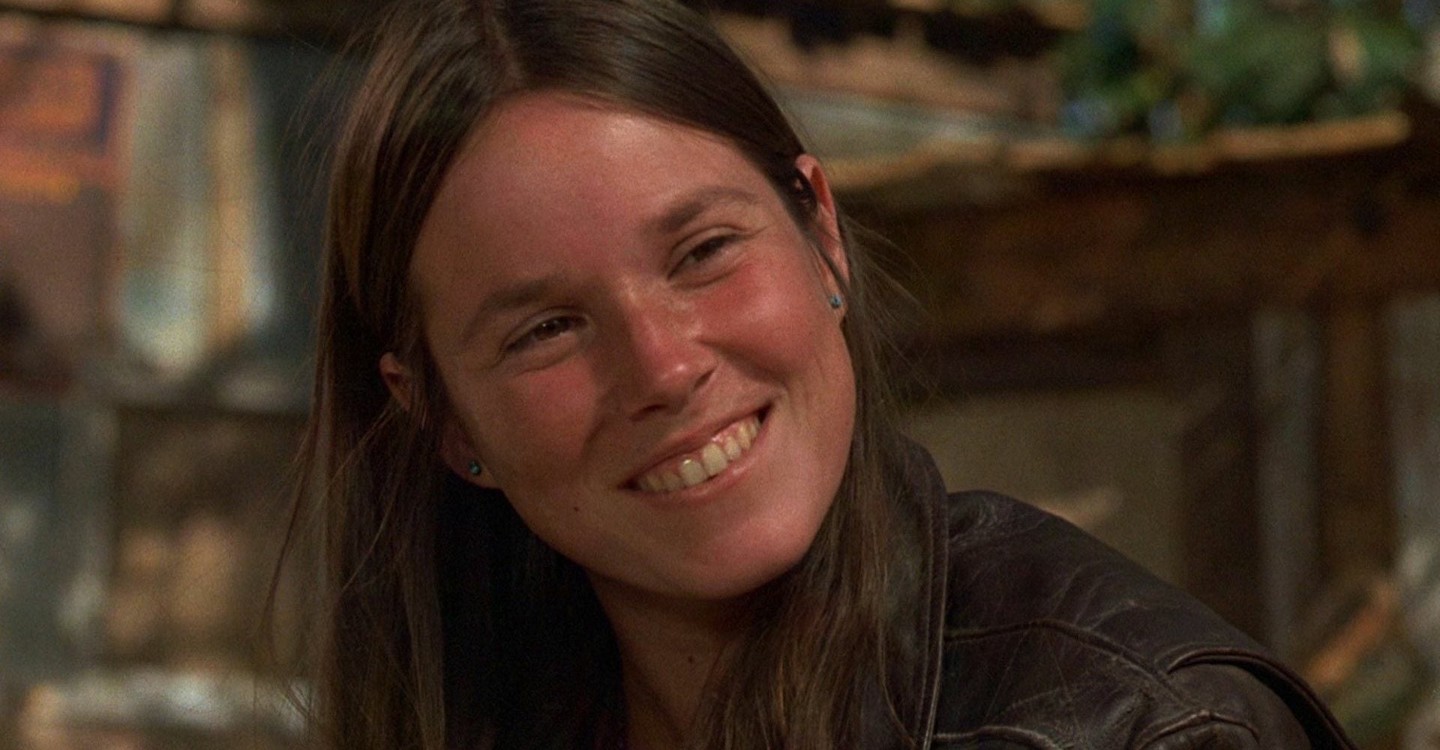 Some lifestyles appear to be cool and free-spirited until the consequences come around. They may provide a freedom regular life would not provide but films like Boxcar Bertha display how getting mixed up with the wrong kind of people will lead to nothing but trouble.

The young Bertha (Barbara Hershey) meets Big Bill Shelly (David Carradine) in a train boxcar where they become lovers and get the idea of doing some robbing to gain some money. Quickly, after some success, they form a gang around them and become a notorious group going around and stealing from whoever they could profit from.

Reading the plot may confuse you because it sounds eerily similar to Bonnie and Clyde and you would be right. Like several films coming after the 1967 controversial classic, Boxcar Bertha took the plot of two rogue lovers taking the world by storm and had it adapted into this story, but the best of it comes from seeing this also being a true story much like the 1967 film. The success of Bonnie and Clyde showed the potential these types of stories would do across the board, which brings us a lesser but enjoyable heist film and centers it solely on the female protagonist.

Bertha does not share the title with anyone else, because it centers on her journey, as she goes from a very meek person to someone willing to call the shots in a robbery. It shows itself where they make one of their early bigger heists where she yells “this is a hold up” in the quietest possible way. Her progress occurs with Big Bill, who teaches her the way of this life and helps her become the woman she becomes later on in the film. Bertha grows in confidence with the notoriety she gains from going around and simply taking what she likes.

The endurance of these types of films occurs because of the freedom these lives afford to those willing to take on the risks involved. It uncovers a lifestyle many more would like to take on if not for the societal implications. While doing her robberies, Bertha lives a life where she can make love to someone like Big Bill and do essentially anything she wants to do because of her ability to aptly use her firearm. She gets her way with other men, including a scene where she makes a man think she’s going to kiss him only to shove her pistol right in his mouth. She utilizes her sexuality to her advantage, which would be unthinkable when you first meet the character. Bertha experiences unchecked freedom, but much like all of these stories, this freedom causes harm and there are other folks in charge of eradicating it. This sort of lawlessness gets thwarted by police and the authority of this picture sends a stern reminder to Bertha and her crew of the dangers of this lifestyle.

This film falls within the mountain of Roger Corman-produced movies where he made grungy and cheap films for wide entertainment. Their quality could not be guaranteed but one thing Corman excelled at came from giving young directors an opportunity to grow as filmmakers and in the case of Boxcar Bertha, the young man entrusted with the film was Martin Scorsese. Viewing the film, you would not know Scorsese was behind the camera because it feels like a Corman feature rather than it belonging to the former. It has many facets of interest Scorsese would implement later in his career but it should undoubtedly be described as a Corman feature rather than something Scorsese could claim as his own vision. Nevertheless, Scorsese brings forth this story and shows the dirty nature of these characters and how the spaces around them would exude a horrifying smell. It’s similar to what Bonnie and Clyde were like if not for the Hollywood beautification of the 1967 film.

With this look, Boxcar Bertha displays its biggest flaw. Even with it being based on a true life, the film falls into familiar ground on more than one occasion, which does not make it feel fresh in the narrative or the execution. Everything there has been seen before, which would easily make this film forgotten. Ultimately, it bears the truth of this film, as it feels like a knock-off of Bonnie and Clyde with its narrative and ultimate conclusion. This takes away from its chances to be looked upon as a great film, but most of it works because of the character of Bertha and the progression of her demeanor and attitude throughout the film. Boxcar Bertha ends up as a minor work, but still, something showing the consequences of a lawless lifestyle.