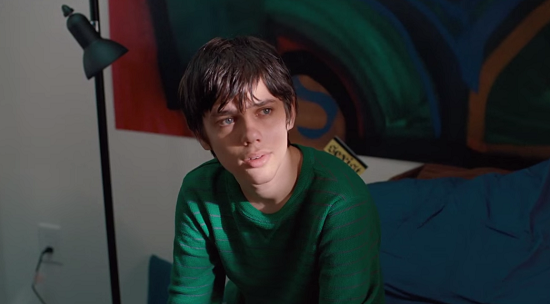 As any parent can attest, watching someone grow up can happen in the blink of an eye. We never know what moments will hold the most weight and leave the biggest impact on our lives. In the beautifully grand and encompassing Boyhood, we experience the life of a family in the way they all grow up in a span of 12 years.

Starting in 2002, Mason (Ellar Coltrane) grows up in various towns of Texas along with his sister Samantha (Lorelei Linklater) and his mother Olivia (Patricia Arquette). Through the years Mason experiences what it means to grow up through the different men who enter his life, including his biological father Mason Sr. (Ethan Hawke).

The first word that comes to mind when I think of Boyhood is special not only because of the 12-year filming process, but also the beautiful story captured within its narrative. It’s a feat never attempted before and the fact it even exists should be considered one of the wonders of the world. Making one single film over the course of a few months has its own difficulty but keeping these same actors intact, ready to carry on the same characters for so many years completely boggles my mind and it results in a true masterpiece of filmmaking.

Experiencing Boyhood feels like one of the most fulfilling artistic showcases ever, as the audience can literally see these characters and actors grow up before our eyes. The first time we see Mason is as a six-year-old, who knows nothing much about life except his sister annoys him and his parents have separated. He goes through life as most kids do with every day being its own adventure. As his parents separate, he cares more for his father because of the limited fun time he gets with him rather than the mother forced to be in the more authoritative role. Through the course of growing up, we witness how Mason reacts to the unfortunate selection of men his mother brings into their home. It looks horrific through his eyes, but it becomes even more tragic when experiencing the story as Olivia.

After the separation, she must find a way to support her children, as she cannot rely on the father. With this new predicament, she gets involved with men, who traditionally have been seen as stable to care for her and the children. Unfortunately, she keeps running into the same issue with each of them. Her growth throughout the 12 years indicates a blossoming mother, who went from the reliance of men to truly becoming her own woman. Inspirational to say the least, but it comes together beautifully by Patricia Arquette’s performance. Her work, which would eventually give her an Academy Award shows the unrelenting hardship of a woman attempting to reinvent herself while caring for two children and fighting off abusive men. There are moments where we just want to sit with her and say it will all be okay. Arquette beautifully captures the vulnerability and strength of her character and motherhood overall.

Along with the other two, we also have Mason Sr. portrayed by Ethan Hawke. At the beginning of the film, he struggles with the maturity necessary for being a father, and while he receives less screen time than the other members of the family, his growth feels monumental. Hawke enjoys working in Linklater projects filmed over time with his experience in the Before Trilogy, and once again, he takes on a character and accurately follows the progression over a large span of time. Hawke carries both sides of this character so well, from the immature and selfish to the reflective and fatherly side developed through time and experience.

As with all of the characters, a closeness gets formed in this film where I never wanted to leave these characters. Boyhood builds an intimacy with the audience where you see the growing pains of a family and how they develop over 12 years of their life. They have their struggles, but their strengths come through in a manner looking to touch your heart, and it certainly succeeds. By the time the credits rolled, I immediately wanted to rewatch the film, but I needed to hold back because I just experienced a life with this feature and as much as I want to turn back the clock, we cannot always do that. As a singular experience, it ravishes the heart and I’m not sure what a second viewing would bring. Obviously, with no experience, it made me feel like Mason was my own child and I witnessed how quickly time can go by and see someone grow up. The idea this could be drawn out from a three-hour film shows excellent craftsmanship by its director.

Richard Linklater will never cease to surprise me with the incredible ventures he seeks to accomplish through his filmmaking career. He has become a fanatic of creating these long-term films and while they may be a large undertaking, he has such a vital lock on these characters to make it all feel authentic and worthy. I can only imagine spending all of this time on a feature of this stature only for it to be dreadfully lacking in quality. As he did with the Before Trilogy, Boyhood, and now a future movie filmed over a course of many years, he has my unrelenting support as I continue to admire the way he captures the humanity of people and bears it all for us to learn from and experience.

Boyhood can aptly be described as a journey unlike any other. From the opening shot to the pensive finale, it welcomes us to see the growth of a family. We see their warts and shortcomings, only to experience the euphoric and cathartic moments of success in their lives. The level of intimacy built in this film makes it such a beautifully heartwarming experience for anyone who wants to view it. A true cinematic achievement by a filmmaker unwilling to do things the easy way and a wonderful view and scope for the basic tenets of humanity.

One Reply to “Review: Boyhood”