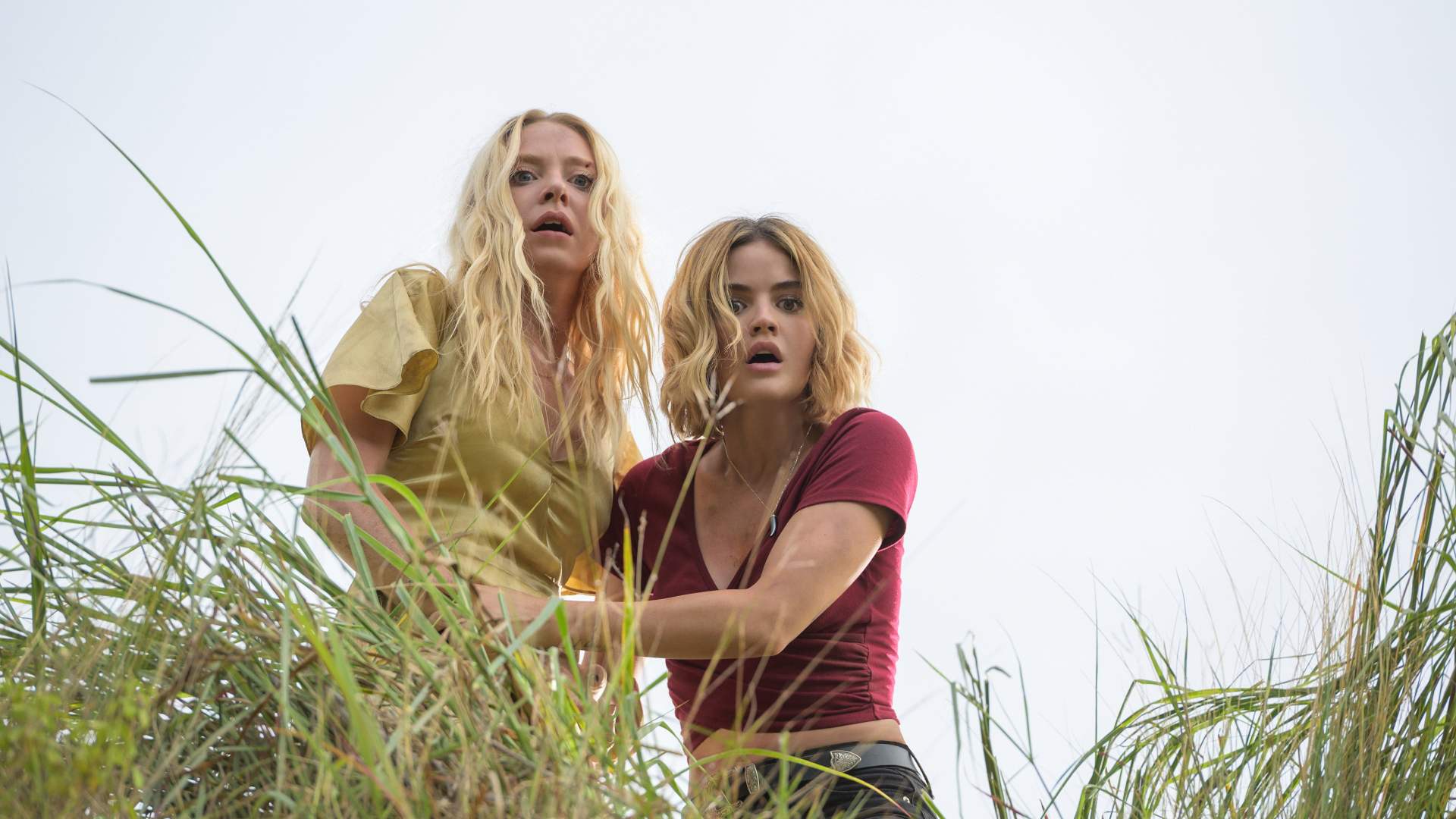 Plot twists in films get their effectiveness from creating a reality for audiences to believe in, which then gets pulled right from under them in a deceitful manner. Some films get too cute with the number of twists, which trips them up in telling a coherent story. However, Fantasy Island belongs in a league of its own in the way it creates a house of cards, which comes tumbling down in a hilarious way with the slightest of breezes.

Five individuals have arrived by plane on this paradise called Fantasy Island, where nothing is impossible and they will receive their deepest fantasies. Each of the visitors enters these fantasies, but what they discover quickly turns into a nightmare.

Stepping back after watching the pure travesty of Fantasy Island made me question every single person, who starred in this junk. I understand Lucy Hale, who recently starred in another Blumhouse feature directed by Jeff Wadlow named Truth or Dare. However, within this film, we also have Michael Peña, Maggie Q, Jimmy O. Yang, and Michael Rooker. None of these folks belong in the absolute dumpster fire of this film, but maybe I need to begin looking at them in a different light.

The premise and concept of everything occurring in this film gained my interest as it brought these five people onto this beautiful looking island and it promised to grant their greatest fantasies. Inevitably, it will leave you wondering how exactly it could be accomplished. Magic is the answer. They each enter a situation to see something they have always wanted. For Gwen (Maggie Q) it happens to be getting a do-over and accepting the proposal of her ex-boyfriend. For Melanie (Lucy Hale), it involves getting to torture and ruin the life of her high school bully, Sloane (Portia Doubleday). Nothing logical occurs on the island because of the magic, but we know we’re watching a horror film and bad stuff will surely commence.

Once the bad and “scary” moments begin is where this film completely loses its sense of logical storytelling or real character work. I’m willing to live in ambiguity with the island’s power, but when the film feels the need to explain everything to detail and still have it not make any sense whatsoever, it just makes itself look back. It only gets worse when the twists begin in the story, which only further digs a hole this screenplay could not get out of. To say it quite plainly, nothing in this film makes sense in the slightest. The idea of fantasies begins with vast inconsistencies of how it gets played out for each character. Sure, these are supposed to turn into nightmare scenarios but this does not happen across the board, which puts into question what purpose this island serves. If you thought it would lead to anything remotely satisfying then you have not been paying attention.

I would love to spoil the sheer stupidity of each twist but I genuinely believe anyone willing to watch this film after reading the first few paragraphs of this review should witness the absurdity of the twists. In the moments it attempted to inject sentimentality fell flat on its face and each joke failed to make any sense. At certain moments it felt like they had different films they simply stitched together because no narrative flow exists. As part of the fantasies, some real people get dragged into and others are the creation of the island. Discerning why this occurs gets no answer, but instead, you get another useless twist made only to keep you on your heels.

Truly the only reason this film did not receive the lowest rating stems from me continually being engaged with the feature, and maintaining interest in how it would come together. I knew the build-up would come but I just wanted to see just how terrible the climax and resolution would be. On that front, Fantasy Island definitely blew me away. In my head, I attempted to think of the worst-case scenarios for how dumb all of it could be, and I was floored in the direction taken in the screenplay. Additionally, watching it with my wife left us both so dumbfounded, we needed to take a 2-mile walk to discuss the sheer narrative incompetence put on display.

While Fantasy Island fails on being a success on any metric of storytelling, I kind of want others to experience how bad a film can crumble to the ground and continue to get worse as it continues its nonsense. Nothing redeemable occurs in the film because none of it makes sense. You go through this journey with these characters only to find out on multiple occasions that you should not care about what you just saw. It became Inception if only put together by people who thought they could do the same with fantasies. A complete joke of a film in every single way.