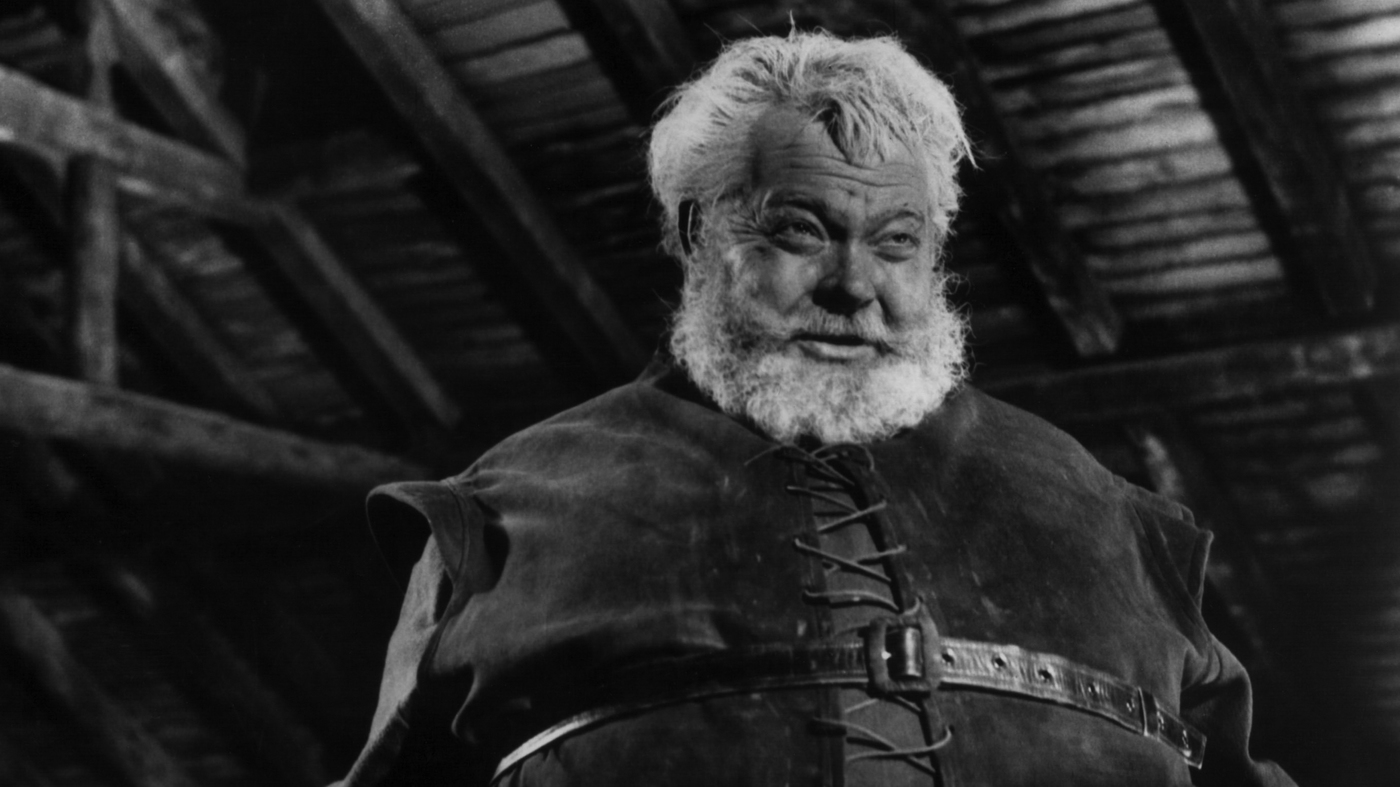 We all go through different phases in life where we hang out in different crowds and act in ways our parents may not approve of. It’s a natural part of life, as we strive to find out our true identity. Chimes at Midnight displays Shakespeare’s take on this issue of growing up and taking on a destined role. Luckily, the story also had one of the great cinematic minds adding his own flavor to this classic tale.

With potential upheaval for the British royal crown, King Henry IV (John Gielgud) disapproves of his son, Hal (Keith Baxter) constantly spending time with a miscreant like Falstaff (Orson Welles). As a potential war comes on the horizon, Hal must choose the path his life will follow, either duty or pleasure.

Mixing the seriousness and fun embedded into any Shakespearean tale, Chimes at Midnight combines the cinematic ingenuity of Orson Welles with this longstanding story. It becomes a wonderful marriage of director to adapted material because of the fear Welles seems to lack. In this feature, he writes, directs, but also stars as Falstaff. Fairly quickly, it shows the legendary director has a strong grasp on this story and works through in such an efficient manner.

Relationships become key to the success of this story and the most important one occurs between Falstaff and Hal. Each coming from different places in their lives but are meeting in the middle to have some fun. Hal has his place and ascends up the royal hierarchy and Falstaff has reached the pinnacle of what he can achieve without the inherited titles the lords and ladies of this time have accrued. They enjoy each other’s company but Hal’s father sees this behavior to be beneath the dignity of the crown his son will eventually wear atop his head. At the Boar’s Head Tavern, owned by Falstaff, an eclectic mix of thieves, prostitutes, and other disrespected members of this town congregate to have their fun. They engage in activities unbecoming for a future king, but Hal loves it because of the lack of responsibility and duty that comes with it. His experiences may be a good time for all when Hal spends his days and nights at the tavern, but the inevitable future hangs over them.

The fickle nature of the relationship held by Hal and Falstaff makes itself clear on an instance where Hal states his intentions straight away. Hal mentions one day he will renounce this life and his connection to Falstaff, but when said at the moment it feels more like a jest rather than a prophetic statement. Everything plays in a way where each person evidently looks out for themselves but the relationships built remain integral to the story.

Orson Welles’s career is fascinating to follow because he had such a level of talent that could never fully mesh with the machinations of the industry. He gives each film of his everything he can in a way where it brings him pain and the work he does in front and behind the camera in Chimes at Midnight deserves recognition of the highest order. As the character of Falstaff, he puts on the necessary weight to portray this exuberant man and utilizes his booming voice to illustrate the power of this figure within the story. Welles also genuinely gives one of his better acting performances as Falstaff in the way he embodies this boisterous character reciting the dialogue provided by Shakespeare. It becomes easy to root for him and his friendship with Hal, because he genuinely cares for the people residing in his tavern, even if they’re seen as undesirables by those higher in the hierarchy. He elicits a level of warmth necessary for this character. As a director, he creates incredible sequences where the characters face off with their words and on the battlefield. The grand battle towards the end of the film shows he knows how to create havoc but also maintain composure behind the camera.

Personally, I always have trouble with films adapting Shakespearean tales because the flowery language seems off for this medium. It definitely works in plays and theatrical productions but I can never fully get on board when it’s turned into a feature film. I find it hard to get through them, but Chimes at Midnight proves to perhaps be the greatest of them all because Welles can bring forth a story in such an engaging manner. As an actor and writer, he takes the words provided by Shakespeare and makes them feel more cinematic in a way I cannot fully describe.

Boisterous with an inevitable story, Chimes at Midnight asks you to choose your friends wisely because everyone will eventually look out for themselves. Utilizing the presence and abilities of Orson Welles certainly helped and I cannot imagine having this story told by anyone else, because the legendary director brought forth this story in the best way possible. It feels grand and intimate at the same time because the relationship between Hal and Falstaff becomes integral to the grand battle for the throne occurring around them.