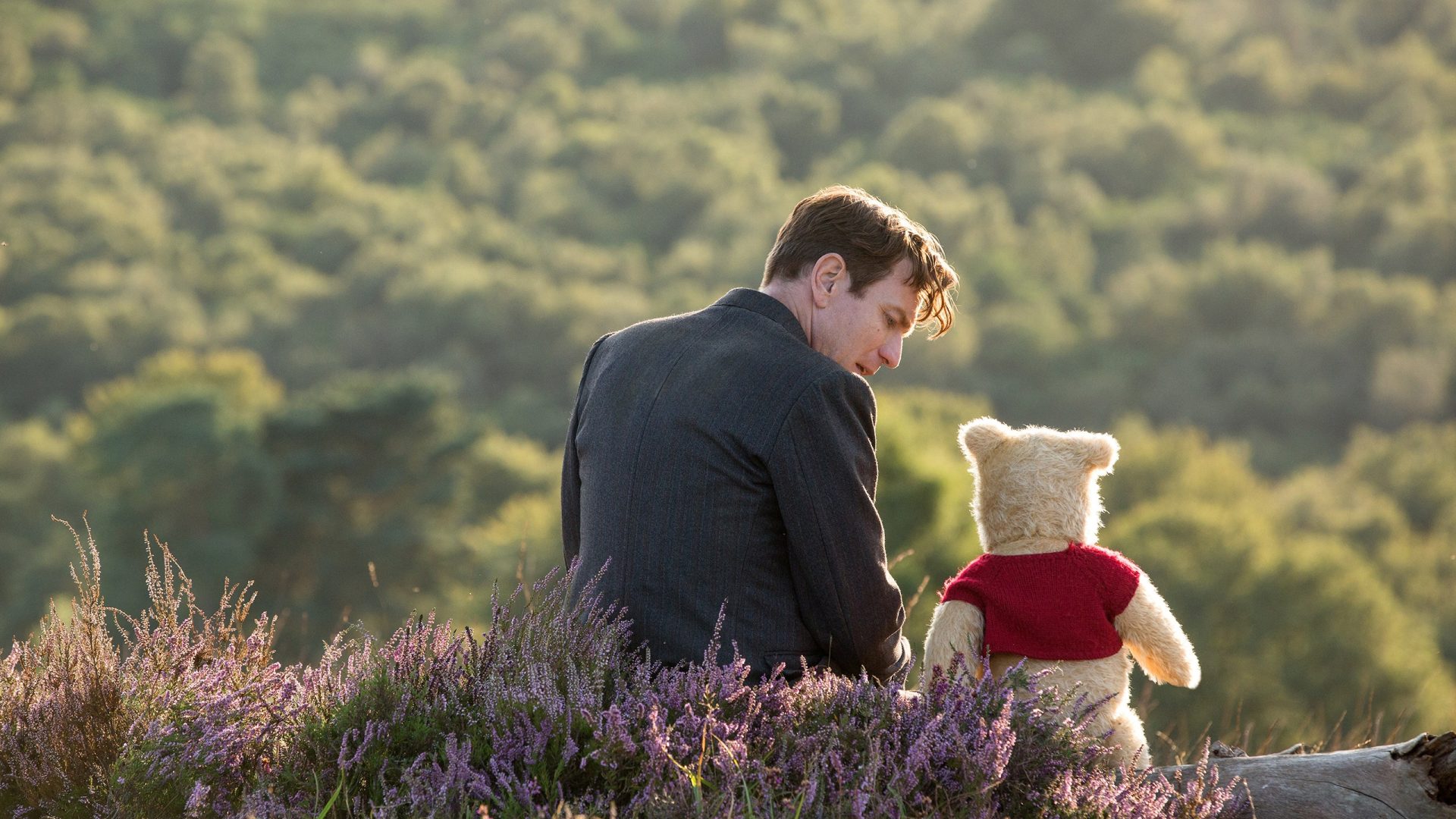 With the responsibilities put upon our shoulders when we enter adulthood, I would not blame anyone for losing the childlike sense of wonder we all had in the past. The constant deluge of work and other obligations make it possible that fun may no longer be an option. This dampening occurs to the titular character in Christopher Robin where he needs his old friends to remind him about what matters most in life.

While promising to never forget his friends in Hundred Acre Wood, Christopher Robin (Ewan McGregor) gets sent off to boarding school and now has a family of his own. He spends plenty of time at work and a recent project, which could have negative implications for his colleagues, gets in the way of a family vacation. Suddenly his old friend, Winnie the Pooh (Jim Cummings) pays him an unexpected visit.

Hollywood had a stint of time where several films centered around an overworked father made the rounds. Usually, the father works incredibly hard but his family can never understand the plight and thus he spends the rest of the time trying to make up for it and show they’re a great parent after all. The cynical side of me sees these films as Hollywood producers apologizing to their own families for the hours they put into their work and not spent with their loved ones. I understand the intention of these stories because these circumstances truly exist, but the manner they communicate these issues always baffles me. Christopher Robin falls into this category where the reason the titular character works so hard comes with good reason, especially the circumstance where he must miss out on the trip to Sussex. He needs to work the weekend or many people will lose their jobs, which would hurt other families in the process. The explanation is so clear that any family member should understand, but where would the conflict then be? The answer appears with the rest of the film and how Christopher has lost the childhood wonder he once had. The film’s primary focus could have stayed fixated on this plot, but it becomes far too scattered thematically and fails to land firmly on any of them.

This falters the story overall, but it still has several positives to draw from, mainly the casting of Ewan McGregor and the voice cast of animals. McGregor has received quite the resurgence recently, as he constantly lands these major roles and I could not be happier for him. He portrays the titular character very well, as he captures the cynicism of older age while also having those bursts of childlike excitement necessary for the role. I could not fathom anyone else taking on this role.

The voice cast contains some wonderfully nostalgic voices for anyone who grew up with Winnie the Pooh in various forms of media. The iconic voice of Jim Cummings almost brought a tear to my eye because of the impact this small character has had in my life. However, he and McGregor could not save the lack of a focused story given to them. Even with the greatness, they display in the feature, the fundamental flaw of the film remains far too glaring to overcome.

Even with its thematic mess, Christopher Robin falls between a weird place of having an identity crisis. The subject material certainly caters more towards children, but it attempted to also attract adults. The best kid’s films manage to pull this off, but this movie had trouble managing the balance. Part of that comes from the dreary color palette it uses to make London seem like a real slog. Sure, it may look that way on occasion but the lack of any color runs antithetical to the characters they want to portray. Taking on this more melancholic approach to such vibrant characters does them a disservice. Using the color in this way surely came from an attempt to reach more adults, but then the childish moments meant for kids have such brevity and lack any imagination as to how it seeks to entertain. The identity crisis emerges as I found myself trying to decipher the target audience for this film. I’m not even sure the filmmakers knew.

The cast gave it a good try, but Christopher Robin overall fails to land anywhere with real poignancy. It cannot decide who this story should be for and the themes get all tangled up in quite the mess only Pooh could make. It also wasted Hayley Atwell and relegated her to the angry wife role and nothing else, which should be prohibited and illegal. The lack of success of this film derives from Hollywood dads trying to explain to their families why they spend more time at work and perhaps they could simply communicate this issue effectively rather than tarnishing good characters in the process.