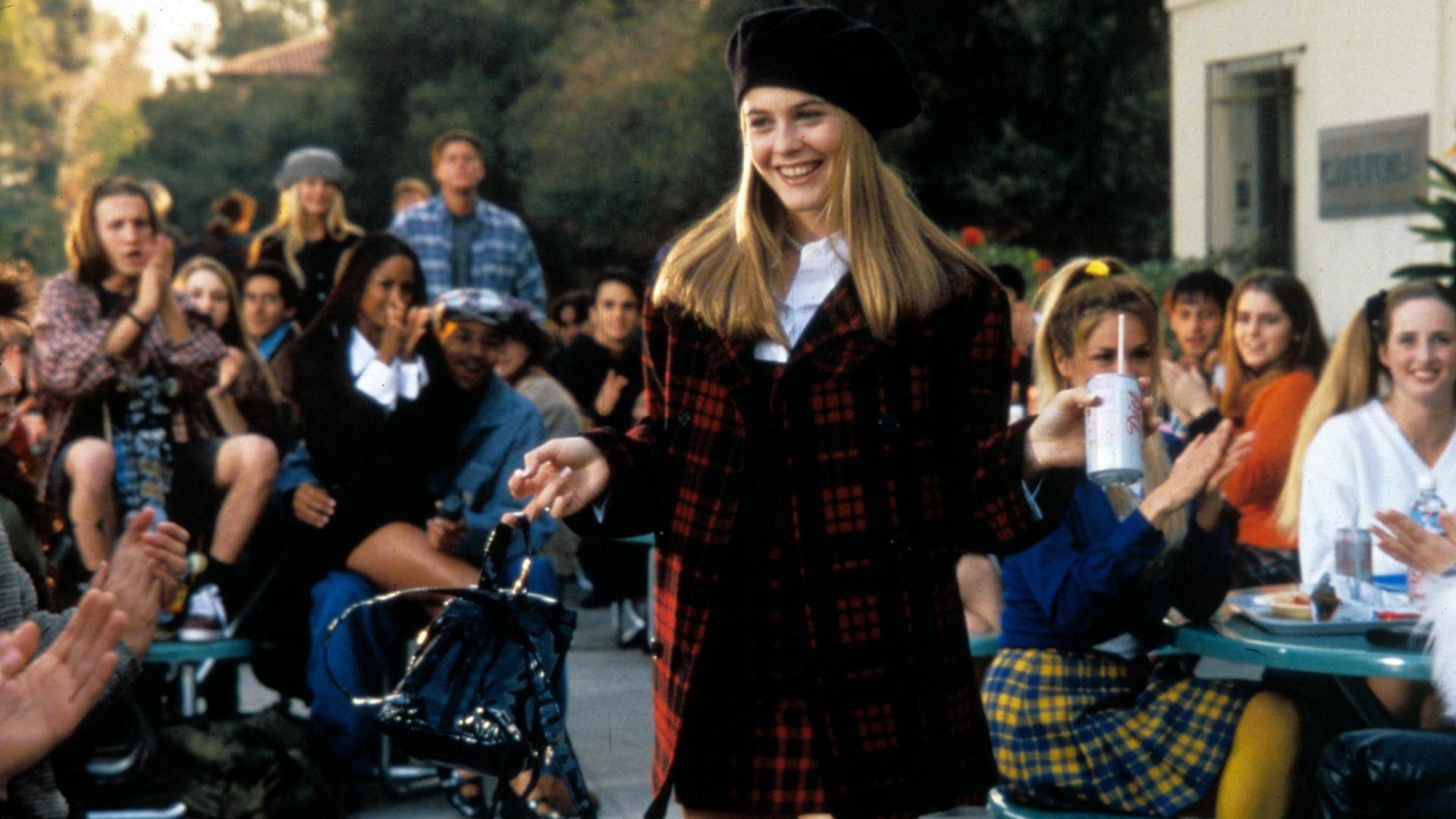 High school creates such a strange environment where you have people ready to become adults in the same space as first-years, who probably had recess just a year ago. A tumultuous time for many but no one can make it work to their advantage more than the wonderful character we follow in Clueless. A complete icon in every way boasted by one of the wittiest and fun screenplays ever put to film.

Living the Beverly Hills lifestyle, Cher (Alicia Silverstone) works through her life getting practically everything she wants, using her wit and social standing. With her receiving the accusation of being a selfish person, she decides to help a new girl, Tai (Brittany Murphy), get acclimated and save her from falling into the wrong place on the social ladder.

As generationally transcendent as any teen comedy from the 90s has proven to be, Clueless works exceptionally well on multiple levels. Its greatest asset, however, unquestionably proves to be its screenplay. Razor-sharp with its digs and observations, this film serves as a modern adaptation of Jane Austen’s “Emma” and it manages the novel’s greatest aspects and transfers it masterfully to the 1990s. The story of the meddling matchmaking, who struggles to find love of her own, in this iteration we get to experience being around Cher. She lives with her single father in Beverly Hills and has practically every privilege you could want in life. Her father supports her and she has a wardrobe of clothes people of this era could only dream about. Analyzing the character of Cher shows impeccable characterization because if you write down her personality traits, the results would show someone fairly shallow. Take her privilege and it would be difficult to imagine how she could possibly be compelling as a character, but this screenplay manages to capture it.

The characterization of Cher comes through from her sheer likability as the protagonist of this story. She navigates through life on her terms but her self-awareness allows for such rich unraveling of her features. Cher lives a life of things she’s supposed to do but only does it as a bare minimum. One of the most hilarious aspects appears in her vocabulary. In her attempts to make Tai approachable to other boys, she teaches her about ways to improve her vocabulary even if she does not know what all of them mean. With each scene, we peel back more layers of this fascinating character and makes it impossible not to root for her. A major part of the growing appeal of this character comes from the work of Alicia Silverstone. She perfectly encapsulates the overall attitude she presents and how she believes everything she does comes from the good of her heart even if others do not see it the same way. Silverstone allows the character of Cher to simply glide through all of the messy relationships her peers deal with and just operates behind the scenes.

In a narrative sense, Clueless focuses on Cher’s matchmaking but it also features so many different sequences of hijinx. One includes when she tries to gain the affection of Christian (Justin Walker), where she completely misunderstands the status of their time spent together. Each scene displays the zaniness of this high school experience for Cher and allows her to show off all of the amazing lines the screenplay has to offer. Everyone knows “As if” but so many lines of hers work perfectly comedically.

This would not be a teen comedy without the inclusion of a love story, which appears for Cher in a non-traditional way. She swears off dating any high school boys because they do not measure up to her expectations for what she desires in a partner. The film shows exactly why she feels this way justifiably, as we see the way the boys of her grade dress and act around each other. Cher feels she needs to get an older man with much more sophistication, which makes the chances of her finding love more difficult, but she eventually gets there with the least likely person one would assume. The moments of her romantic awakening get played off in laughs, but genuinely sweet scenes find their way to show a level of vulnerability Cher refuses to allow for a majority of the story.

As a complete work, Amy Heckerling beautifully merges the material given to her and brought the perfect 90s attitude to it. With her writing the script and directing the feature, she shows complete control in translating this older story with 20th-century sensibilities. Even particular details you would think could easily be taken out still find their way through because of the masterful job Heckerling does with this story. Anyone unfamiliar with “Emma” could still get plenty of enjoyment without having prior knowledge because this story stands on its own, but can also be appreciated for its adaptive style.

Clueless proves to be such a majestically fun time, which has stood the test of time as a teen comedy anyone can watch and heavily enjoy. It serves as one of the greatest literary adaptations because of the major differences in style but still dutifully connected to the novel inspiring it. This film brings us a truly iconic character in Cher, who navigates her world like she runs the place and I would not argue against it. Filled to the brim with piercing lines, heartwarming moments, and a load of wacky characters, this film has it all for anyone to enjoy.

One Reply to “Review: Clueless”