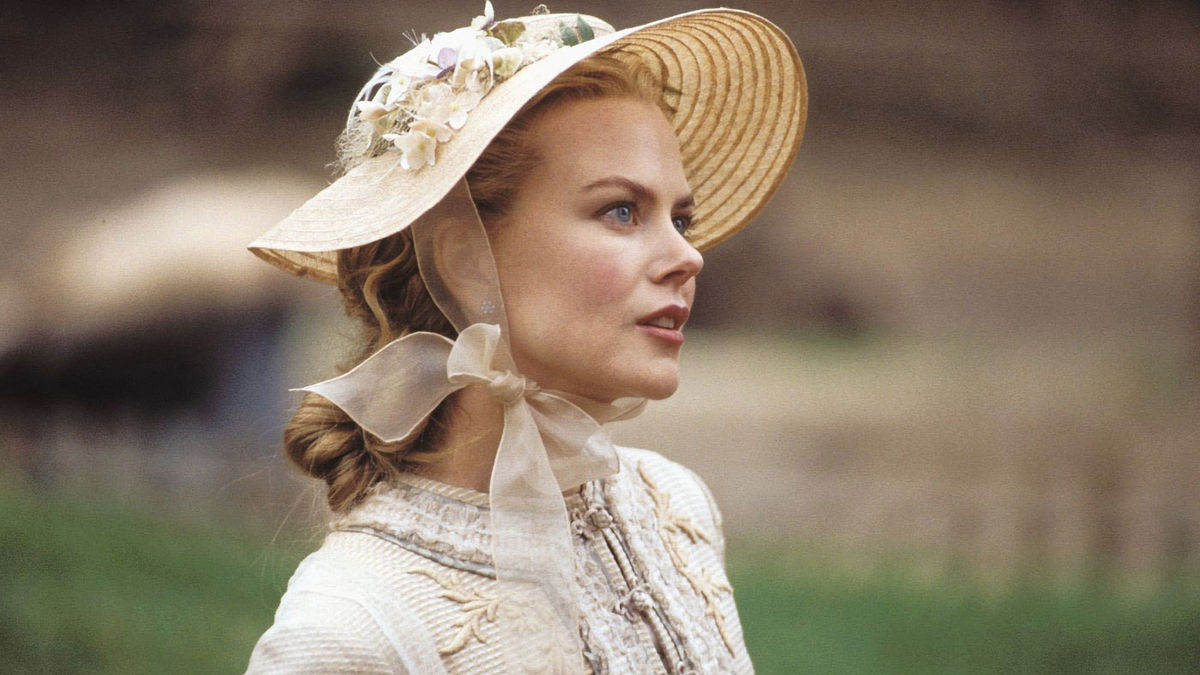 Wars carry such a level of propaganda on all sides used to recruit people to join the fight. At times, the people enlisting are not sure exactly what they’re running into until they reach the battlefield. Cold Mountain follows two perspectives in regard to the war: one being the honor of fighting for an unjust cause and the other dealing with the ramifications back home.

With the Civil War on the brink of taking off, William Inman (Jude Law) and Ada Monroe (Nicole Kidman) begin a sparkling romance that must wait until Inman returns from the war. As Inman sees the horrifying deeds being asked of him, he decides to head back to Ada, as she deals with what remains of their town with all of the soldiers heading up North.

Stories centered on the Civil War, typically focus on the aspects of the battle, because it allows for the loudest of noises possible and a rambunctious story to tell for audiences. While Cold Mountain delivers this desirable notion, it also presents the far more interesting idea of what gets left behind when wars occur. This has happened several times throughout history, where the men would go off to war, and the people left behind to take care of everything are the women. In World Wars of the 1900s, this showed women stepping up in the industrial arena, but the setting of this film shows the obstacles these women had to overcome to simply survive. It must be said that obviously, enslaved folks had the tougher end of everything happening during this time, but it wasn’t all roses for people just trying to make it either.

The struggle is where we find Ada and her attempts to hold together her family farm amidst everything not going so well in the community. A once vibrant place has been hit with tough economic strife as the Civil War continues. It would be a struggle for anyone during this time and landscape, but it makes it worse that she’s a woman trying to make everything work. All of the power in this time and place remained in the hands of men and even if Ada took control of everything, the only thing protecting her is the existence of her father. This puts her in peril whenever not in the protection of the men in her life, as vultures in all forms gather to take advantage of any situation at this time. This becomes the far more interesting story to follow as compared to Inman, who tries to make his way back after deserting the Confederate army.

Narratively, the story becomes this longing collision course, where Ada attempts to hold on strongly for Inman, as he makes his way back to her. The journey does carry some intrigue because Inman runs into a variety of people on his way back to Cold Mountain. One includes the incredibly sleazy Reverend Solomon Veasey portrayed masterfully by Philip Seymour Hoffman. Their time together shows Inman a different side of this world, which looks vastly different than what he’s used to in his hometown. He has lived his life mostly as a carpenter, which allows this adventure back home to be as eye-opening for him as it is for us.

In the experience of watching this film, I could not stop myself from thinking of Buster Keaton’s The General in the mild similarities the two films share. They both involve two men heading off to war in an idealistic manner and then realizing it may not be all it’s cracked up to be. Additionally, it’s both about two men fighting for the affections of a woman, and both being Confederate soldiers. Representing these soldiers comes with the inescapable reality of looking at the lives of people fighting to keep others enslaved. Scum of the Earth by all margins, but nuance must be taken into consideration because these people are not a monolith. The people living in the South in this time had differing virtues and should not all be written off as people fighting to keep their slaves. Cold Mountain provides a look at people without hate in their hearts for others, even if they may complicit in a horrifying commoditization of other human beings. The film walks the line very well because we know the two people we see running towards each other comes with such potent love that they do not care for the larger battles happening around them. The narrative remains a love story first and foremost rather than one about war and political machinations.

Fairly mild overall, but still something worth watching, Cold Mountain provides a look at a different side of the South during the Civil War. It showed the economic struggle of those trying to make it through the battles and does so with the strong cast brought together to portray its characters. The film displays the men fighting in these battles may have principles in regard to combat but not in the way they treat women. This story gives women the power to fight for their own agency, which deserves recognition.