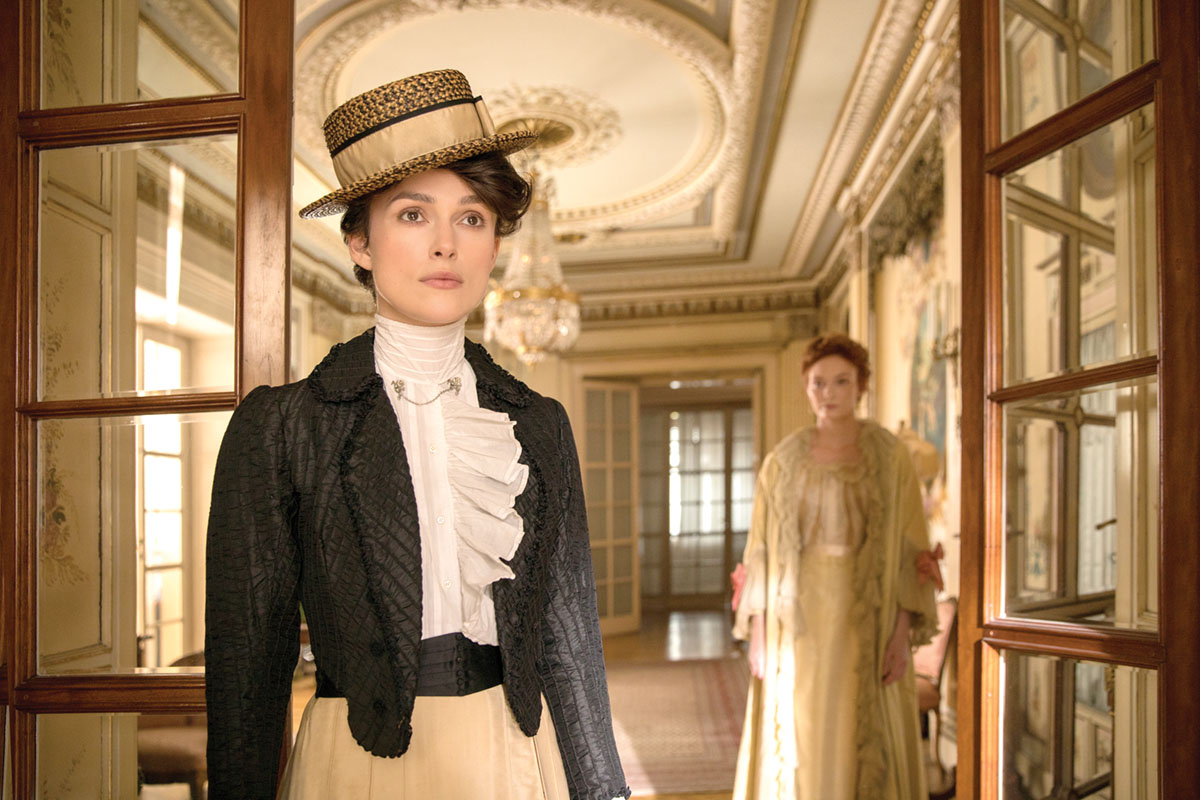 Societal boundaries get set by those in power to maintain whatever control they have on others. It stretches from the implied to the outright stated. Women, in particular, for centuries could not have any form of ownership, even for things they created on their own. A battle, which has led many famed literary figures to publish under male-perceived pseudonyms. Receiving stories uncovering more of these brilliant writers are always welcomed for me and Colette highlights a trailblazer in many aspects.

After marrying the very debonair Willy (Dominic West), Gabrielle (Keira Knightley) moves in with him in Paris after living a humble country life. After Willy’s financial struggles running a publication company, Gabrielle’s story gets sold and becomes a massive hit, particularly with women. While this pleases Gabrielle, she must now contend with a husband obsessed with keeping all of the credit for her accomplishments.

A period piece without Keira Knightley should just not exist, because she rules in every single appearance she makes in stories set before the 21st century. She has such a timeless appeal and can blend into so many circumstances. Knightley has made a career out of these roles and her work in Colette might be the best of them all. Defiant and sensual, this film becomes such a decadent experience because of the people involved and the woman at the center of it all.

We first meet Gabrielle as a young woman not aware of what the world can offer, and the progression we see as she lives in Paris turns her into an icon. The relationship she has with her husband becomes one where they share a level of one not bound to solely the physical. They have an intellectual connection unlike any other and that attracts them to each other. On a matter of physical fidelity, however, they do not live the standard marriage most aspire to. It begins, of course, with Willy and how he loves having sex with women who enjoy his power and class. In the first instance where Gabrielle witnesses his infidelity, she becomes heartbroken, but then she realizes the advantageous position she has found herself in and takes the opportunity to do her own sexual exploration. This discovery of hers did not stop with men. With this role, Knightley uses her sexuality in a way I have never seen before, because of the way the character dictates. She molds incredibly well into it by demonstrating why any man or woman would find her attractive.

The sexual games of infidelity Gabrielle and Willy play with each other brings some moments of levity and promiscuity, but the main idea pushing through this whole story comes from the agency of women to have ownership of their ideas. Gabrielle finds herself in this battle for nearly the entirety of the film, as she battles with her thoughts and the manipulation of her husband. Willy demonstrates his ability to talk his way out of any situation and he definitely uses his words to convince Gabrielle about the importance of having all of her successful writings under his name. He takes the fame and adoration that comes with the success of the books and utilizes it in ways only he could. Gaining this agency becomes critical to the growth of Gabrielle as a woman, as not many had the power to stand up to a husband drunk with power. She rebels and does it in such a glorious manner. From the change of clothes and the ways she acts, Gabrielle becomes such a fascinating character to follow and I wish I could continue to learn more about her life. She could really care less about societal norms and boundaries put up to restrict her. She took life by the horns and did not apologize for making others feel uncomfortable in the process.

As with most competent period pieces, the costume work in this film looks excellent, but it makes an impact on this feature more than others. While these types of films are known for the puffy dresses, Gabrielle as a character utilizes a variety of looks to mark her rebellion from her husband and society as a whole. One of the looks comes from the suit she wears with the hairstyle she knew would aggravate Willy. For Gabrielle, getting her agency did not only come in the form of her copyright and sexuality but also through the appearance she was allowed to present. As anyone who has read this far into the review can understand, Willy proved himself to be quite controlling. He made Gabrielle into the woman he needed her to be and having moments where she completely shattered his ideal and put her feelings at the forefront truly displayed the power of this character.

Exhilarating, ravishing, and completely liberating, Colette brings plenty of artistry and sensuality to a story dominated by its lead actor, Keira Knightley. A historic story more should know about because her life has more intrigue than most famous male writers out there. This whole story becomes a game of control and we follow Gabrielle’s battle to take off the shackles society and her husband have put on her in order to have a level of freedom women were not afforded in this era.