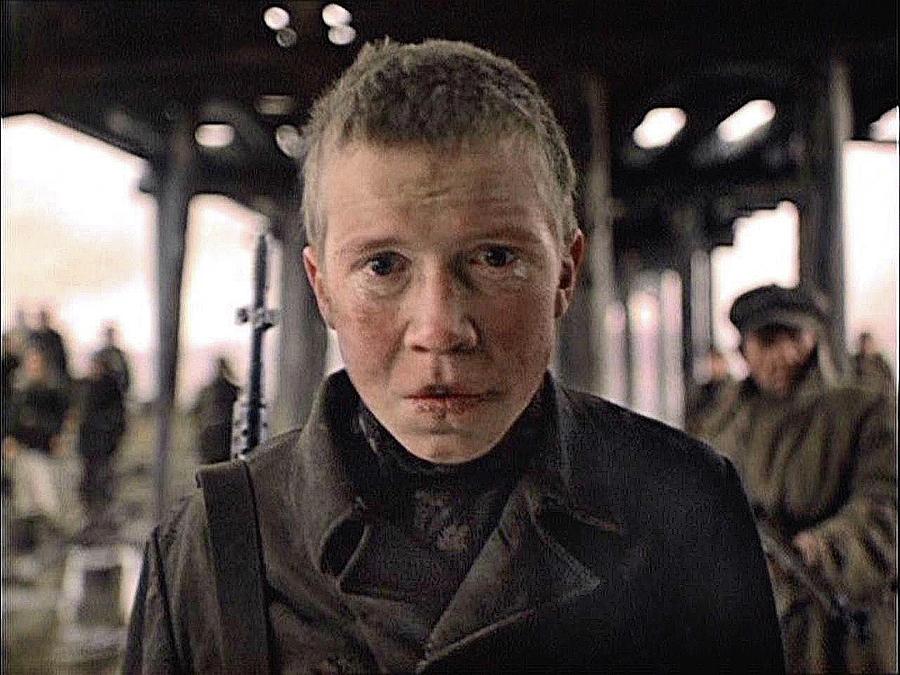 While adults may be jaded about the world around them, nothing looks more horrifying than seeing it through the eyes of a child. They do not know any better, which makes their discovery of the pure evil this species has to offer all the more harrowing. As horrifying as it is poignant, Come and See proves to be the one true anti-war film by not allowing any of it to be cool, thus becoming an endless nightmare.

With incredible enthusiasm to join the military during World War II, Flyora (Aleksey Kravchenko) joins a group in his country and instead of a fulfilling experience, it turns into a nightmare. At every turn, Flyora sees the horrors of war and how it turns people into complete savages.

As iconic as any other still found in cinema, the look of despair on the face of Flyora tells you all you need to know about the experience you take on with this feature. As harrowing as a story can get, Come and See seeks to show the true downfall of humanity when we engage in such savagery towards each other. A noble endeavor considering how many war films tend to fall into more propaganda rather than art. Even the attempts of making an anti-war film cannot escape the inherent attraction humanity has towards explosions and battle. Nothing within this film will ever want you to sign up to go to war. In fact, Come and See could stop anyone from enlisting ever again.

While bleakness remains the mood for the entirety of the movie, it has a level of pain because of the perspective we have in this story. Flyora is as innocent as they come, someone who wants to make a difference and fight for a cause he sees to be good. The innocence he embodies at the very beginning quickly gets horrifyingly corrupted as we progress throughout this story. If you think there are many moments of respite from all of the damage then I have some unfortunate news for you. It all becomes part of the point of watching this film. It could never be described as an enjoyable experience because it never sets out to be. It has its damning message and it delivers it in a menacing and brilliant manner.

Location after location shows the impact war has on the communities Flyora sees as he ventures from becoming a prisoner and escaping near-death experiences. At certain moments, it appears the poor lad just wants to be put out of his misery but these horrible circumstances force him to feel the pain these war-like circumstances bring upon anyone living through it. The cinematography plays such a large role in setting the visual landscape. It captures the surrounding area in such an affecting manner to illustrate how beautiful this area would be if not for the monsters occupying the space. A haze remains throughout each scene, which makes some things difficult to visually decipher. This effect further sets the mood for Flyora never being sure about his surroundings and what could happen next in this journey from hell.

Thematically, Come and See takes such a large concept of war and minimizes it to a singular experience. In other war films, you may see a group of men moving through the progression of battle, but having this center solely on one young boy shows the earth-shattering experience he has in this world. Something as innocent as making a friend while out running for his life eventually gets ruined because this world has been completely consumed by evil, and it seeks to destroy everything in its path. While the villains of the feature undoubtedly prove to be the Nazis with their treatment of the Belarusan people, largely anyone involved in warfare becomes complicit to the damage done to innocent people. All of the pain and suffering we see on screen occur to people who never asked to be a part of this madness. They had nothing to gain and evidently, everything to lose.

Violence begets even more violence as seen through the harrowing and inescapable Come and See. It does not waste any time in showing the devastating circumstances laid at the feet of the people of Belarus, but particularly through the eyes of Flyora. Even with the neverending bleakness and pain shown through the images this feature has to offer, it remains essential viewing for any cinephile hoping to absorb the greatest films cinema has ever produced. It’s a daring story showing the true barbarity of humanity in war, which succeeds in its attempts in being the ultimate anti-war movie.