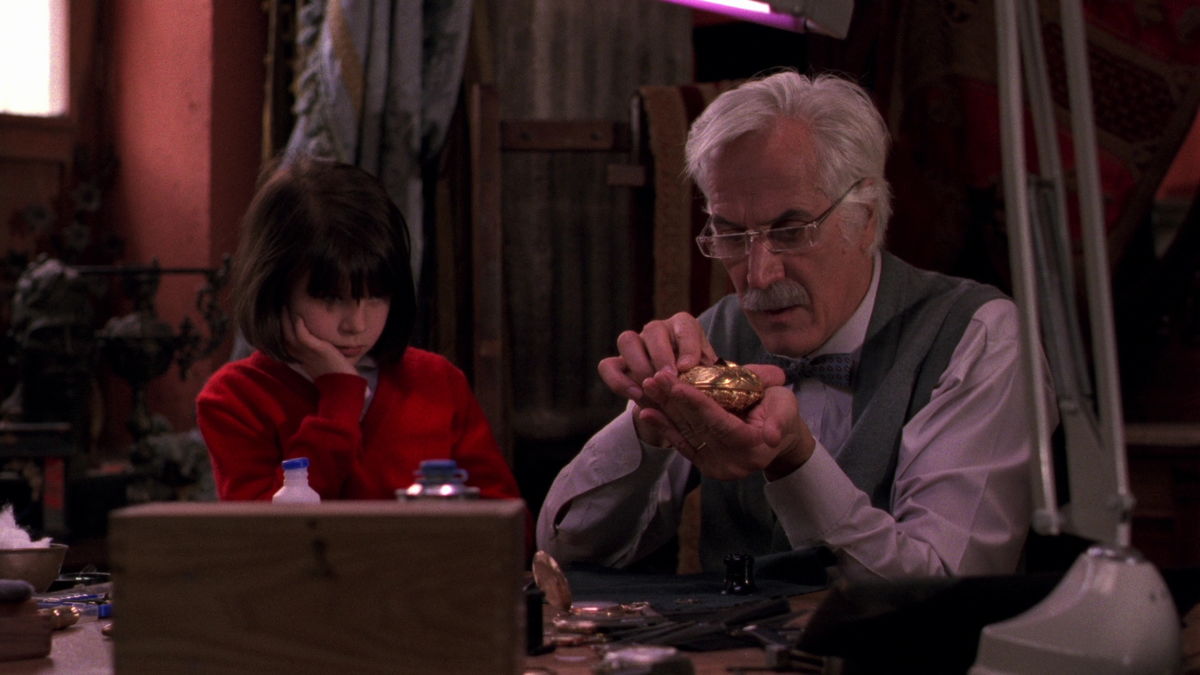 How many times do we have to learn about the dangers of messing with ancient artifacts? The amount of times these discoveries end up in tragedy is no coincidence and once again, we see a dangerous transformation in the grisly and equally heartwarming Cronos. A strong debut for a tremendous director displaying his sensibilities.

Antique dealer Jesús Gris (Federico Luppi) finds a strange scarab-like artifact that latches onto him and injects him with an unknown serum. Following some time he begins to develop strange symptoms and a weird craving for blood. Even with this transformation, he must now contend with a dying businessman trying to acquire the scarab-like artifact and will do so at whatever physical or financial cost.

Debut films typically never show the best a director has to offer but they ordinarily display the roots of talent that will eventually blossom with more experience and larger budgets. The labor of love Guillermo Del Toro puts into his films deserves admiration and it shows in Cronos in the way he blends childlike sensibilities with some incredible practical effects. He accomplishes this to a higher degree in Pan’s Labyrinth and the Hellboy films but this movie shows the building blocks for the greatness he would later create. This takes nothing away from the achievement of Cronos because the story works in its own way.

It begins with the discovery of something sinister that you do not want to get involved in and then brings all of it to the doorstep of this amiable old man. Someone with a loving granddaughter and simply trying to make ends meet with an antique store. He gets pulled into this entire fiasco when he finds the scarab-like artifact, which turns him essentially into a vampire. While the plot lays everything out fairly plainly, the horror of the circumstance can be seen through the eyes of the granddaughter. The experience certainly becomes scary for Gris, as I cannot imagine what it must be like to suddenly have the urge to consume blood, but we also experience how scary it must be for the young girl. Del Toro thrives when doing this because we see it through the child’s perspective, which he utilizes in a couple of his films. Aurora (Tamara Shanath) plays an integral part in this story because as much as this circumstance may confuse Gris, it’s much more confusing and terrifying for her.

The transformation of Gris from the lovable old man into a vampire looks incredibly gruesome and definitely a Del Toro trademark. Physically, the look shows the impact this transformation has on him, which takes away the appeal of the supernatural abilities. Sure, it initially gave him more energy and ironed out his wrinkles, but eventually, things would fall apart as expected.

While this transformation could be a villain in its own sense, the antagonists are the father and son combination of Dieter (Claudio Brook) and Angel de la Guardia (Ron Perlman). Dieter seeks this artifact because he has studied up on it and knows what it can do for someone in his state and essentially has his son Angel, be the person to track it down. Angel obviously does not harbor much love for his father and essentially continues to do the bidding so he can claim his inheritance when the father eventually dies. This shows the great collaboration between Del Toro and Perlman began even with the Mexican director’s first feature film. Their combination has crafted some truly fun characters to watch, and the apathy Perlman displays in this role works perfectly for what this character represents. As antagonists, they serve as both a threat but also offering answers to questions Gris has about how his body continues to change. Dieter seeks the power of immortality for his own selfish reasons and his fate in the story matches the typical lesson one can expect for those obsessed with living for eternity.

Very well-crafted and with enough heartwarming moments of connection, Cronos kicks off Guillermo Del Toro’s career with a bang. All of the trademarks he would become famous for gets their start in this feature as he packages the perspective of children, brilliant practical effects, and his fascination with creatures all into one strong feature film. It’s very effective with the different emotions it wants you to feel and leaves some things up to interpretation even with it telling a fairly conventional story.

One Reply to “Review: Cronos”