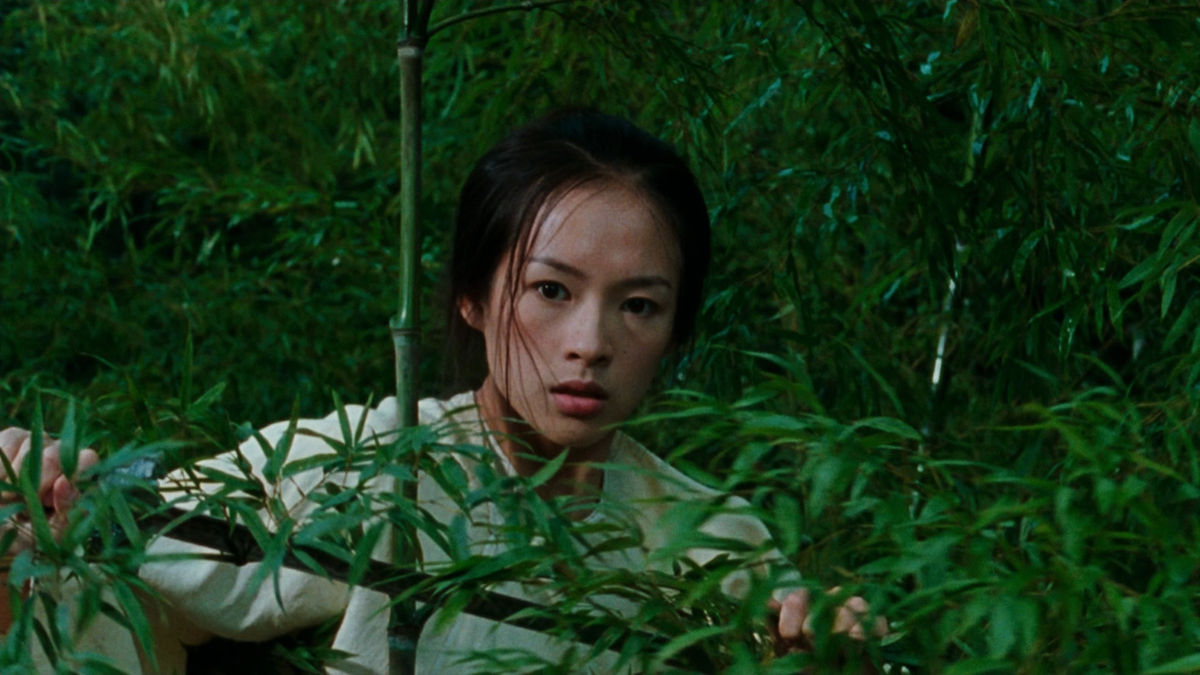 No matter how hard some people try, there will always be gifted individuals who can surpass anything you can do purely out of natural skill. A frustration for those with lesser talent, but something to appreciate when seen in action. In Crouching Tiger, Hidden Dragon we get to witness an example of otherworldly excellence, but it also coincides with a film exuding greatness in nearly every facet.

Known for her fighting style and honor, Yu Shu Lien (Michelle Yeoh) gets entrusted with delivering Li Mu Bai’s (Chow Yun-fat) famous sword, “Green Destiny” to a friend. After delivering the sword, it gets stolen in the night, which raises questions, especially when this thief begins to exhibit a fighting style not many can master.

A complete phenomenon when it first hit the United States, Crouching Tiger, Hidden Dragon opened up the world of international cinema for many Americans. Rightfully so, it’s reputation represents it well because it completely shines as a wonderful piece of filmmaking. Ethereal in some respects but ruthless in others, this film demonstrates some of the finest fight choreography of this century along with a touching and moving story about the regrets in life and how much talent can supersede any roadblocks.

As much as we follow Tu Shu Lien, the main perspective of this story shifts towards Jen Yu (Zhang Ziyi) and her rise as a warrior. We first get introduced to her as a young woman set to marry for advantage, but as the plot unravels, we learn plenty about her true identity and the people supporting her. The rise of Jen Yu signifies an incredible rise of pure talent and how it cannot be controlled by those trying to assert power over it. Jen Yu has an unstoppable technique, but she’s stuck in a system where opportunities outside of being a wife and bearer of children run dry. This gets addressed in Jen Yu’s first conversation with Tu Shu Lien. Jen Yu mentions Tu Shu Lien lives the life of owning a private security business and living an unshackled life because of her decision not to marry, something the young woman wishes she could do. Gender roles play such an integral factor in the story, especially when examining the perceived villain of the entire feature.

Upon the robbery of the fabled sword, the story presents Jade Fox (Cheng Pei-pei) as someone to look out for from various crimes. She has garnered this reputation, but we learn through her conversations as to how it all began, which arose from sexism. As a woman trying to learn the ancient ways of fighting, she hit roadblocks because of her gender and how other warriors treated her ambition. It caused her to do things her way, which inevitably clashed with what the men around her would prefer. This inciting incident led to the person we see now and she resembles young Jen Yu in her journey for autonomy what her decision making and what she will do in order to achieve it.

From a visual sense, this film works wonders in establishing this world. From the vast deserts to the incredibly luscious trees where these characters glide, everything looks magical and almost untouchable in a way. Each room carries significance and sets up where this fantastic fighting will take place. It comes with meaning and matches well with the cinematography capturing this environment and how quickly anyone can perish if they fail to be alert at all times.

The main draw remains the fight choreography, which utilizes the tremendous talent of its cast to show their athleticism, but also pure excellence in their skill. Every fight scene carries a level of composure and the story backs it up by providing emotional meaning to each battle. No duels occur just for action’s sake, because relationships become optimum in this film and the way it informs fighting styles and the ferocity on display by each character. The sword fighting looks spectacular as these warriors clash with each other, which helps when things begin to get magical with the gliding. It may be confusing at first, but it becomes easy to roll with the punches and accept the world we get to experience here.

Ang Lee, as a filmmaker, has such an odd filmography where he will do a picture close to home like this one, but will also take on such strangely tach-heavy debacles as well. When focusing on strong stories, his technical wizardry can work its way to enhance it, which became evident in the construction of this film. He adds elegance to the story and allows these actors to shine in the way they have done for their entire careers. The focus remains on them as they work through these characters and the tough circumstances they find themselves in, but in the background, we still get to witness the sheer greatness he can employ on a visual and technical level.

Rightfully adored by many and myself, Crouching Tiger, Hidden Dragon balances its meaningful story with spectacular action. It became easy to be swept up by all of the technical features on display along with the fantastical nature of the story. A tremendous combination of talent to create something people can easily digest but offers plenty under the surface for people willing to engage with its themes.