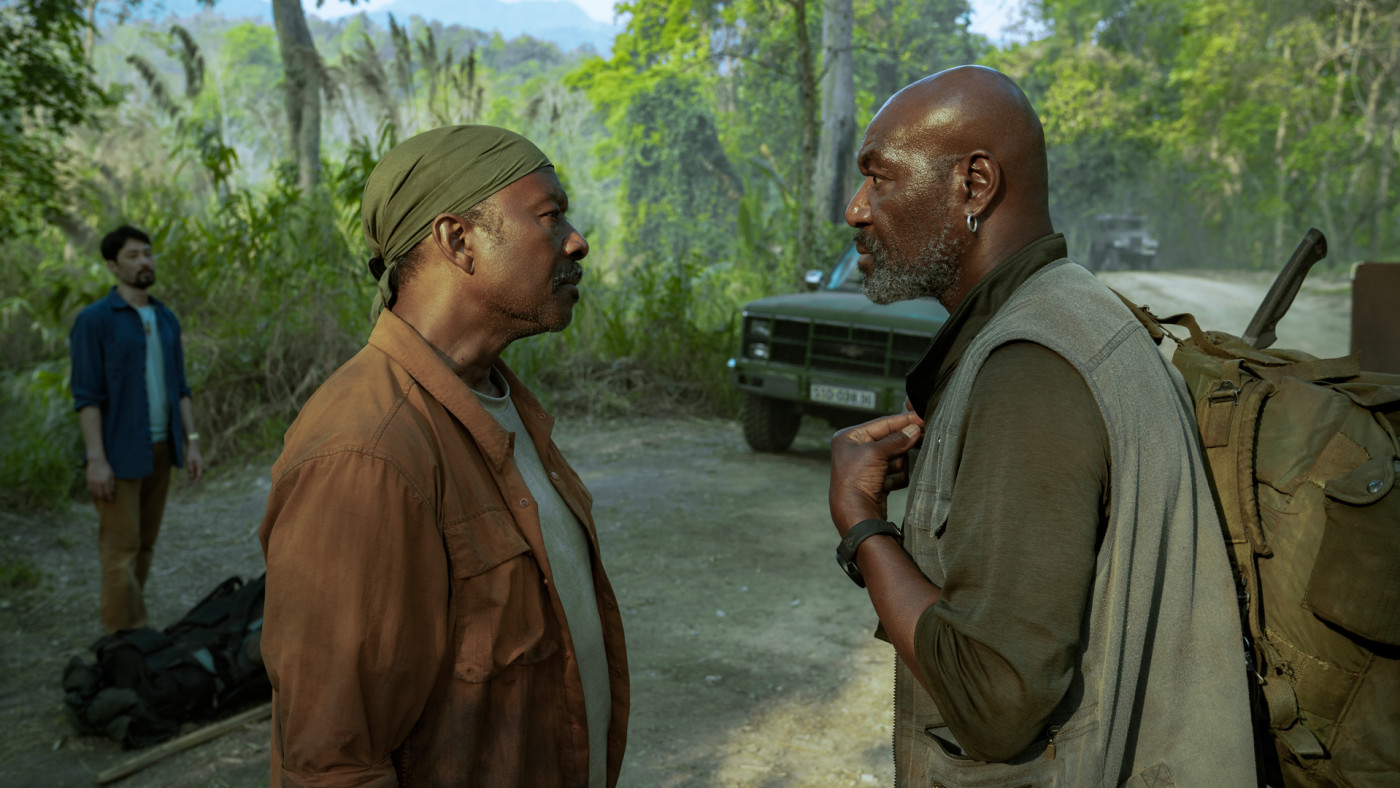 Americans fought in the major wars in the nation’s history for the values this country stands for but not all of them returned home to have the same rights. Time after time this occurred to Black soldiers, who put their lives on the line for a nation that cares not for them as history has shown. Da 5 Bloods shows the aftermath of the multiple wars these five particular Black men have needed to battle as they come together once again.

After serving in the Vietnam war together, Paul (Delroy Lindo), Otis (Clarke Peters), Eddie (Norm Lewis), and Melvin (Isaiah Whitlock Jr.) reunite in the same nation to get the remains of the fifth member of their group and bring it home. As they start out with these intentions, they also have the other influential motive of a large sum of money they buried back during their initial tour, which begins to complicate things as others catch wind of this plot.

Forever vital as a voice in the arts, Spike Lee delivers pulse-pounding works with motives to shed light on topics many would love to ignore. Subtlety certainly does not fit into this filmmaking style and it works just fine because the message in the end typically lands with such resonance to justify it. Messy and long have been used to describe his films and for better or worse, Da 5 Bloods captures all of what makes Lee’s works exceptional but also lacking at times. The message behind this film unquestionably tackles a serious topic of disenfranchised soldiers who laid their lives on the line only to return home to bigotry and hatred. Fast-forwarding it to the present day, it shows how much of an impact it has made in the lives of these men. The emotional components of this movie cannot be questioned, but with its length and aimlessness at times, it begins to feel incredibly bloated.

The journey these four men go on gets more and more complicated as the story continues because seeking treasure always tends to have these sorts of ramifications. Certainly has the feel of The Treasure of Sierra Madre in that regard, especially when things get wild but the twists and turns in the story begin to lose their prevalence as the tone of the movie takes some jarring shifts in moments. It creates moments where you believe the film has reached its natural conclusion but then you notice there’s still an hour left to go.

While the search for gold dictates much of the story, the other more emotional factor comes with trying to find the remains of their fallen blood, Norman (Chadwick Boseman). Through flashbacks, it shows what made him such a great man and why his death still has a major impact on their psyche. With those flashbacks, Lee smartly changes the aspect ratio and texture of the surroundings to display what they were like younger and what they have turned into as seasoned men. This plotline carries so much of the emotion of the feature, which thus made the gold storyline unnecessary, as it took away from the momentum garnered from looking for Norman’s remains. It felt too busy for its own good even if the storylines worked independently, as the fusion felt disjointed.

Even with all of the messiness and excessive length, the climactic moments of this film land with such a visceral punch to the gut that makes you want to forget about all of the faults. Scenes like when they stumble into the minefield show the apex of the raw emotional filmmaking Lee wants to espouse. Incredibly thrilling that gets right at the heart of the internal and external struggles these characters face. It makes for such sensational storytelling and exemplifies why Lee carries such weight with his stories and how he can drop the hammer in such an effective manner.

The performances, as well, just prove to be delightful with Delroy Lindo being the definitive standout. His character, Paul, battles the most with his post-traumatic stress disorder and remains unhinged throughout. In the moments where he gets the opportunity to stare into the camera and deliver a monologue for the ages, he reminds everyone of his exceptional talent and the lack of opportunities he’s received to really let loose. He has many of the defining moments throughout the feature because he carries the most emotional baggage as compared to the other characters. A career-defining performance and he left everyone else in the dust with this exemplary work.

With plenty of faults to parse through but a strong and potent message expertly delivered, Da 5 Bloods remains another work of Spike Lee’s to appreciate. He has no issues sharing his perspective and shedding light on when the American dream failed to recognize the very people who fought to keep it stable. Intertwining the battle for civil rights and Vietnam works seamlessly to show the complications in each instance why Black folks had to fight for their lives in both instances.