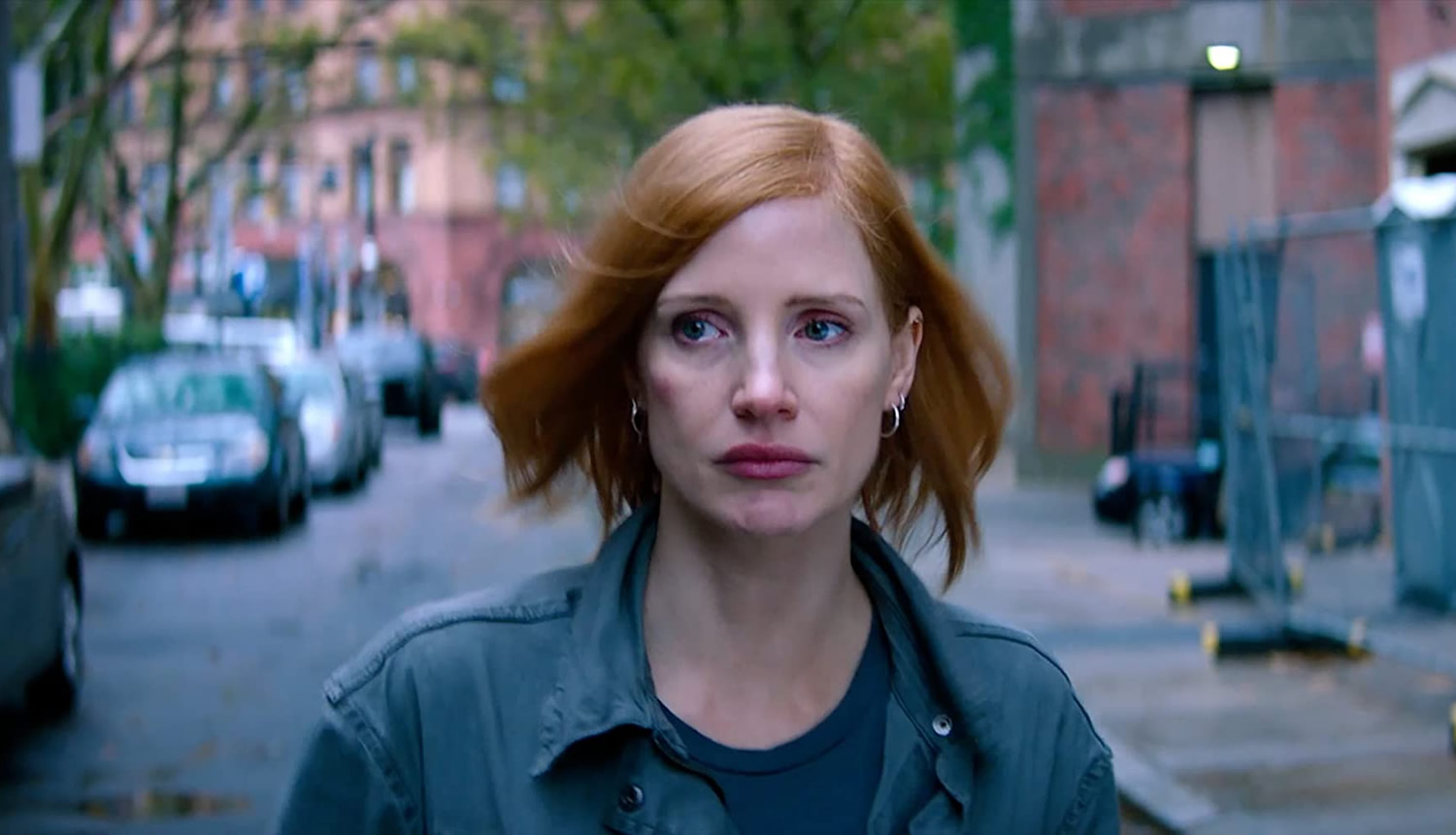 Even with a solid idea and plenty of talent involved, when the execution of a film comes out terribly it can make everyone attached look laughably bad. Even with all of the intent to make something meaningful, Ava, unfortunately, falls flat on its face in almost hilarious ways, which stinks for many reasons with one of them being the leading actor’s talent being wasted.

A former soldier turned assassin, Ava (Jessica Chastain) works for a private company specializing in getting rid of people and has struggled in finding the meanings for the kills before doing the deed. This sets her up to being targeted as she returns to her hometown to confront the mistakes of her past.

The setup for Ava promises to be a thrilling movie with some emotional heft given the titular character’s battle with alcoholism. It gives her a point of weakness amid her looking like Jessica Chastain and having the fighting ability of a human weapon. Unfortunately, the story trips over itself on so many occasions throughout by introducing different plot threads for no discernible reason to make a convoluted mess with moments meant to be serious but end up just being flat out hilarious.

One of those instances occurs in a fight scene between Duke (John Malkovich) and Simon (Colin Farrell). They fight over the fate of Ava and whether or not she will be closed, which means she will be killed. Now, watching a 67-year-old John Malkovich fighting a 44-year-old Colin Farrel just looked absurd and became unintentionally hilarious because the reason for their fight has emotional meaning to it, but the fight choreography involved made the fight look pedestrian at best. It only gets better when you remember these two men are meant to be assassins as well and you can barely tell there. The fight choreography fails this film on several occasions, even with Ava. Her fight scenes get edited and cut into oblivion, which makes you question if Chastain was even on set when the fights were taking place. She got a similar treatment to what Liam Neeson received in the Taken movies.

This does not even come close to the portrayed emotional struggle occurring here where with no context Ava decides after eight years that she should see her family again. On her road to redemption, she sees her mother (Geena Davis), sister (Jess Weixler), and ex-fiancé (Common). With each of their appearances, I kept making shocked remarks in line with “What is Geena Davis doing in this?” A valid question to ask because she barely receives anything of substance to do with her character. It gets revealed that her ex-fiancé is now engaged to her sister, which just reaches soap opera levels of “of course,” because of all of the women in Boston, Michael had to get with the sister of the woman who vanished out of his life. You may be asking, are there any good emotional conversations held about her vanishing and the impact? Not really, because we need to get back to all of the killing.

Ava finds its issues in taking two half-baked ideas and combining them, thus not creating anything of substance with either of them. She has her bout with alcoholism but rarely does it get addressed in the story with any real meaning. The idea of her talking with the targets she needs to close becomes the sole reason she gets in hot water with the superiors of her organization but her consistent decision to engage in this behavior never really receives a deep dive because it was time to go back to the soap opera relationship dynamic of her sister and ex-fiancé. It spreads itself far too thin and none of it ends up working.

I feel the most for Jessica Chastain, who deserves her own kick-ass action film to display her awesomeness and she really gave it her all in this one. She looked on board with the action sequences but the way they were filmed did not help in any shape or form. The dialogue she and the other actors received landed in the range of unintentionally hilarious and unfortunate on multiple occasions. While the script does the movie no favors, much of this needs to hang on director Tate Taylor’s shoulders. With a variety of genres encompassed in his filmography from thrillers like Ma and dramas like The Help, he has shown range. Ava demonstrates him trying an action thriller and none of it really works whatsoever. The dialogue and screenplay he was working with did not do him any favors, but everything was shot in such a languid and uninteresting manner, which should be impossible when you have a star like Jessica Chastain.

Even with all of the star power Ava has, it’s quite obvious why it was dumped by the people involved because it straight up fails. It shows Jessica Chastain needs another shot at making an action film, as she has what it takes but this film did not allow for any of it to really shine. An absolute misfire on all accounts and one that will rank at the bottom of the filmographies of everyone involved.