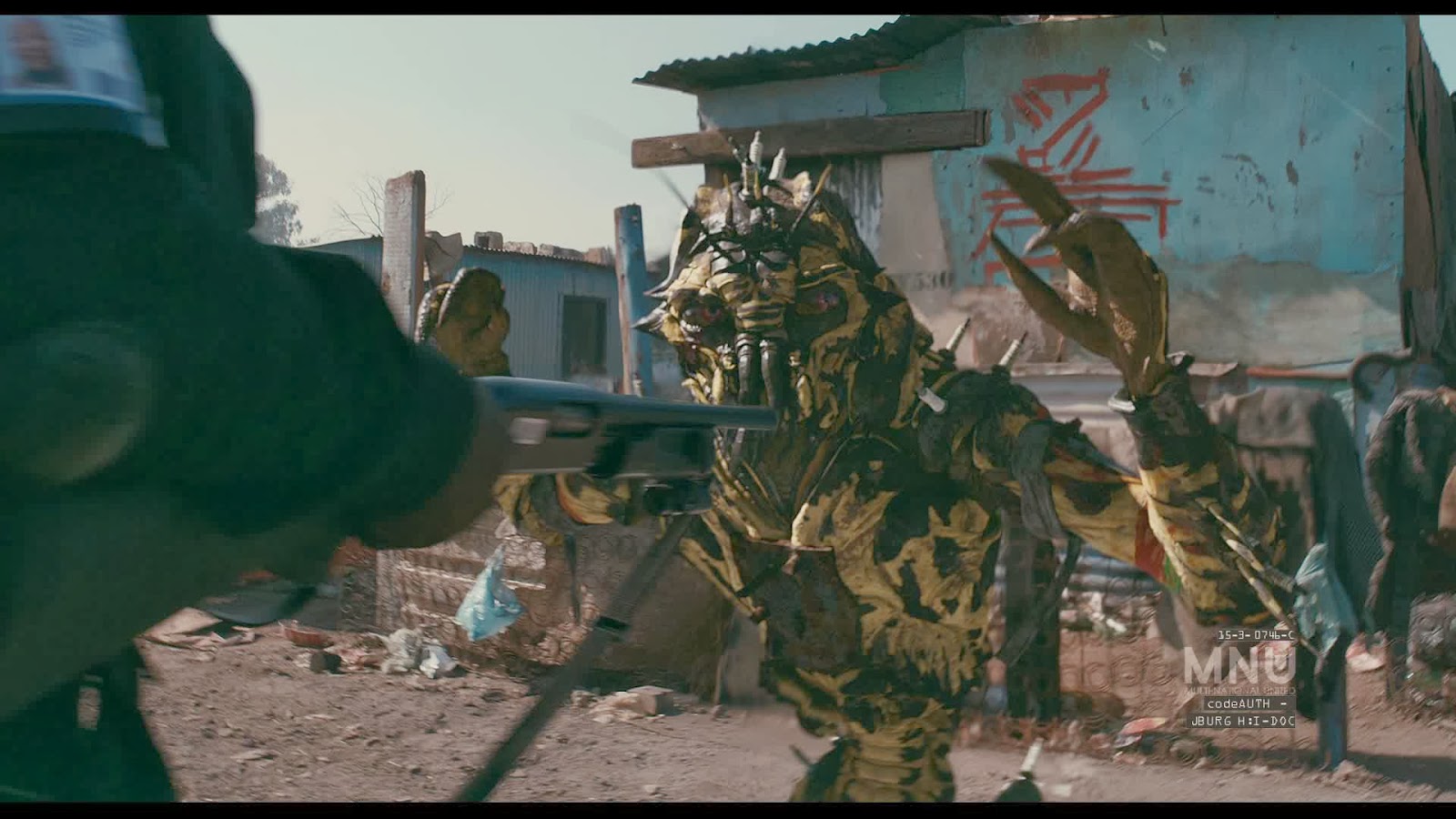 History has proven racism and prejudice do not occur naturally with people, but rather it occurs from the environment around them and what has influenced their way of thinking. This pushes people to believe they would not act a certain way towards others because of certain defining characteristics, which District 9 seeks to disprove. Not only does it serve as an excellent science-fiction story, but it also presents a vital allegory.

Following a strange alien ship’s arrival on Earth, a population of malnourished aliens, derogatorily called “prawns” get taken in and put to live in a slum in Johannesburg, South Africa. Years later, crime and unsettling behavior have made these aliens enemy number one amongst people because of their living conditions and the media coverage depicting them to be parasites to humanity.

Working as a thinly-veiled allegory for Apartheid, the impact of watching District 9 cannot be understated because of the ambition in setting up a parallel universe with this issue. Now, there is insensitivity in comparing aliens to Black Africans suffering during this awful time in South African history, but it creates the necessary impact in depicting the sentiments of the racist people of this era. As barbaric as it appears, racist white South Africans felt the same way and probably stated the horrifying and demeaning terms the humans used for the prawns in this movie. Words like dirty, crime-ridden, and lawbreakers certainly were utilized by propagandists and racists to continue to withhold resources from these communities rather than further villainizing them. In that regard, District 9 nails its allegory but its highest quality appears in the execution of its effects and the power of its story.

The feeling of these prawns being parasitic can certainly be partly attributed to the appearance where they appear to look like overgrown insects. The conceptual design of these creatures has such a textured look and the sentient feelings successfully get evoked to show the pain they suffer. They can display fear, concern, and happiness, which adds to the inhumanity of how they get treated. Even with the human characteristics these creatures receive, a human connection becomes necessary, which is where Wikus (Sharlto Copley) fits in. He works for a weapons manufacturer contracted with having to move the prawns to a different location, to appease the growing frustrations humans have with the slums. He must go in and serve them their notices, which gets complicated when he gets sprayed by some strange fuel, which progressively begins to turn him into a prawn.

As someone who worked for a company tasked with further oppressing the prawns, Wikus’s journey of quickly being discriminated against because of his transformation serves as a learning moment for him and a larger indictment of how rapidly someone can be viewed if their circumstances change. Wikus would not be described as someone commanding respect from his peers or superiors but the switch from being a colleague and then subsequently hunting him down concerningly displays how quickly things can turn for those living in privilege. These humans only care for themselves and instead of trying to help their compatriot Wikus, he automatically becomes a threat due to his transformation or something to be sacrificed and studied.

Similarly, District 9 aptly depicts the harmful contribution of the media in perpetuating stereotypes and serving the larger establishment in molding public opinion. With the prawns, they constantly get described as leeches to humanity and how they only serve as a danger to everyone without giving the proper context of how this community has been abandoned and left bereft of any resources. This deluge of misinformation creates a consensus of humans thinking these prawns need to be removed for their protection even if they have never met a prawn themselves. It does not take many mental gymnastics to imagine how this happened similarly to Black folks during Apartheid.

As Wikus interacts with prawns and discovers how he could potentially be cured, he gains access to weaponry only biologically possible through having prawn DNA. This contributes to some thrilling action sequences where Wikus and other prawns fight off the mercenaries sent to take them out. Those moments of combat show the disheveled nature of the slums made for harboring these prawns and how no humans question why a group of mercenaries has entered this development to literally kill these aliens. Things get explosive and more in-line with science-fiction, as the plan to get back to the ship hovering above the city gets more violent as each side gets more desperate.

Striking visually simply from the image of the hovering ship, and morally significant, District 9 shines in its attempts to highlight how humanity always turns against the most vulnerable as to lift themselves up. It has occurred in nearly every civilization where one group looks down upon another, which then makes that group find someone beneath them. In this unfortunate hierarchy, prawns sit squarely at the bottom and depict the depravity, misinformation, and pure hatred humanity has the capability to practice. A very enjoyable and insightful movie filled with plenty of action sequences and several messages laid out right on the surface, just as anyone could expect from Neil Blomkamp.

One Reply to “Review: District 9”