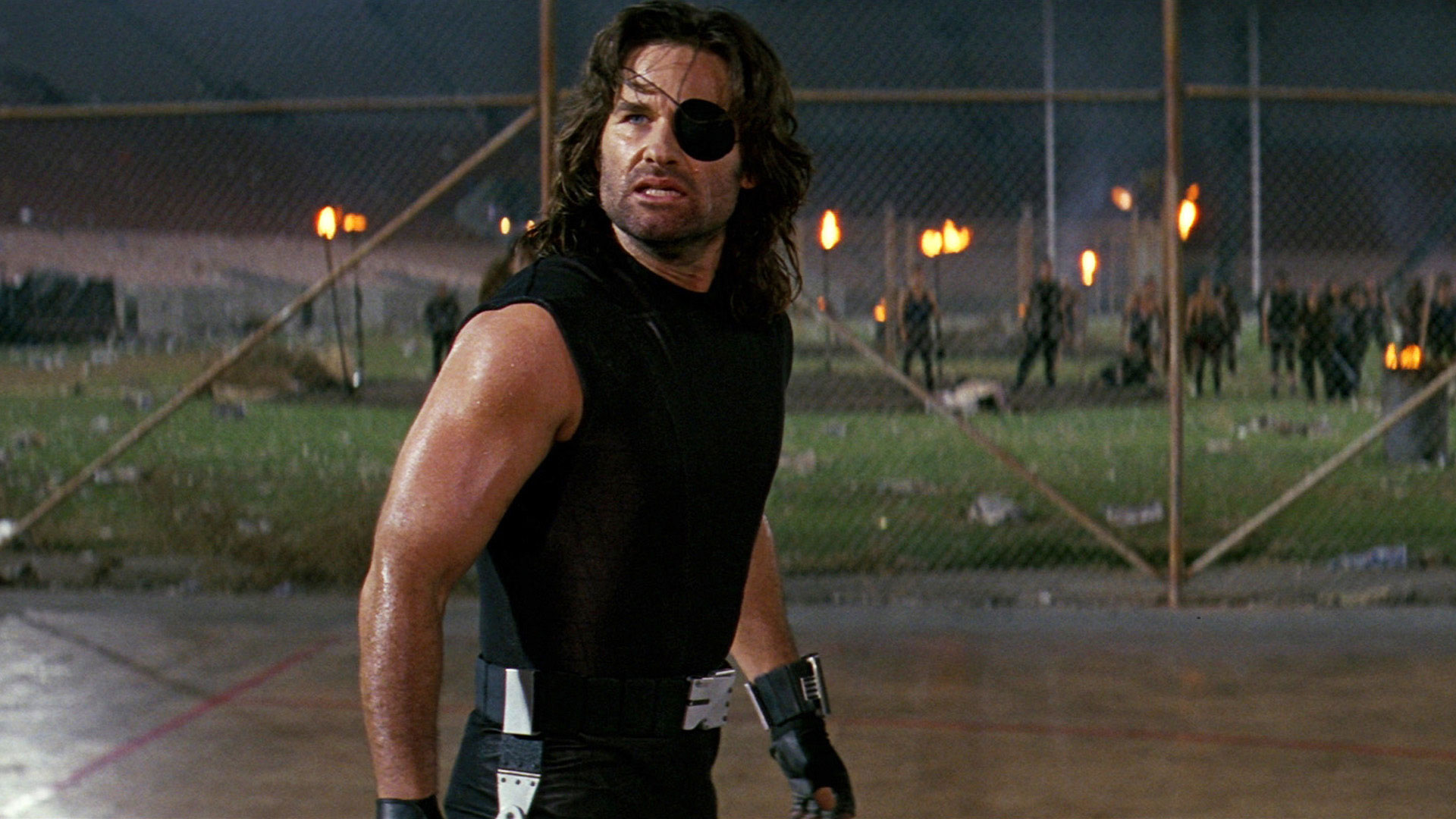 Some premises carry enough intrigue to warrant more exploration, but typically it would be necessary for an expansion to occur. In the case of Escape from L.A., it pretty much serves as a rehash of the preceding film in the plot. While it certainly takes away from the freshness of the storytelling, the metal nature of this sequel brings just enough entertainment to not make it a complete wash.

With rampant crime in Los Angeles and an earthquake turning the city into an island, the city of angels gets turned into a prison similar to New York. Now leading the country and the United States Police Force is a theocratic ruler who will send prisoners to the island for breaking any of his moral declarations and rules. With an important item stolen and taken into the city, the government forcefully enlists Snake Plissken (Kurt Russell) to once again do their bidding and retrieve it.

Looking at this film as a whole, it appears all of the added pieces were elements Carpenter wished he integrated into the far superior Escape from New York but only thought of until after he wrapped that story. It’s easy to tell because he essentially made the same movie again by adding the more interesting leader to serve as the larger villain of the piece. This is where the only improvement can be pinpointed. In the first film, the president certainly participated in the evil of the police state but did not have much of a personality. In this go-around, President Adam (Cliff Robertson) has a forceful point of view in the way he rules. The previous film left some ambiguity as to why certain individuals were thrown in prison, but President Adam makes the mandate very clear. Anyone who engages with tobacco, alcoholic beverages, recreational drugs, red meat, firearms, profanity, atheism, non-Christian religions, and extramarital sex all get thrown into the Los Angeles prison. They might as well put the fence around the entire country if these are the parameters, am I right?

These rules make the defining line more clear of what separates the people inside versus the government but it inadvertently takes away from what made the first film so intriguing. In a sense, there were some innocent people involved, but for the most part, everyone involved had skeletons in their closet with only a few willing to admit it. Add the fact that Snake gets forced to retrieve something in the city again with the threat of a virus they implanted in him exploding after a particular amount of time. Does it sound familiar? Well yes, because it’s the exact same motivation Snake had to acquiesce in Escape from New York. On one hand, it comes off as unoriginal but I weirdly admire that John Carpenter cared so little with the fact it’s nearly a carbon copy narratively. So, the defining question of the quality of this film comes from whether or not the additions were worth it. The answer assuredly proves to be complicated.

Yes, the ideas of a theocracy taking over the United States bring up some fascinating ideas of the hypocrisy of this style of enforcement but the added elements like the special effects prove to be pretty laughable at times. The jarring quality begins with the submarine Plissken takes to get to the island but the worst moment comes from when he surfs on a giant wave. I needed to rub my eyes to make sure I was watching this all correctly. In the nicest way possible, it has not aged well but I refuse to believe audiences in 1996 found it to be of quality either. Perhaps it became a case of Carpenter experimenting with what he could do technologically but to put it mildly, it looks fairly putrid.

Elements of this feature still proved to be enjoyable because we got to follow the misadventures of Snake Plissken once again. Kurt Russell owns this role and he brought the same swagger to Plissken once again but this time with a trenchcoat. Having to enter a dangerous place with limited allies to take on both the government and an angry mob again is repetitive but it sure does have its entertainment value. This ultimately finalized the mixed status I landed overall on this feature. Elements of it are fairly terrible but there are just enough moments of metal fun to make it a venture worth exploring. There are certainly worse ways to spend 101 minutes in life.