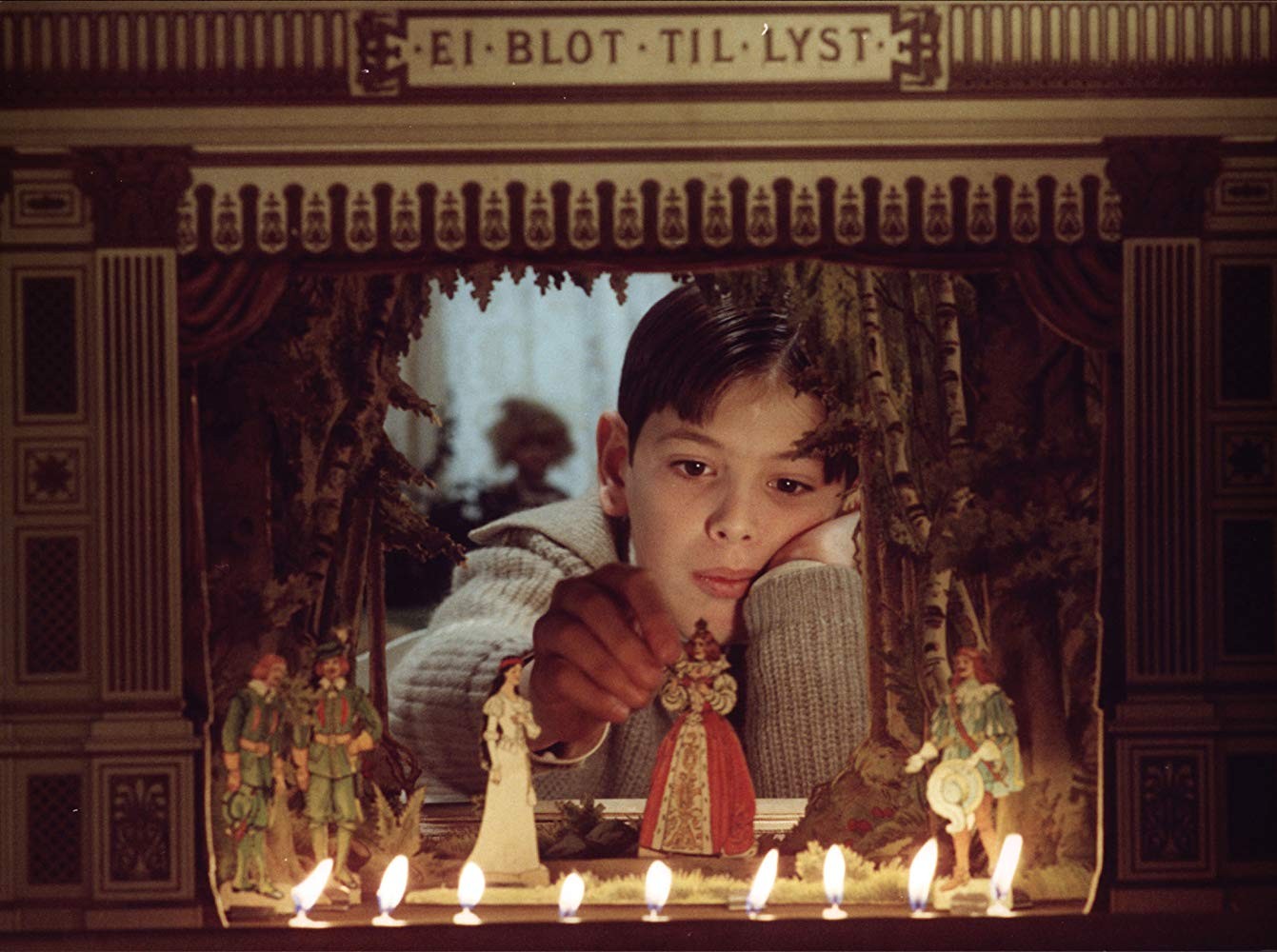 Contrasts play a large part in how one views their life. You may think your life to be boring and uneventful, but an experience seeing how a busy one can be overwhelming and may bring some appreciation for the old. Having perspective plays a large part, which we get to see the two children in Fanny and Alexander experience. Another dive into the destructive aspects of religion but with children squarely at the center.

Following an eventful Christmas gathering, young Fanny (Pernilla Allwin) and Alexander Ekdahl (Bertil Guve) must move to a new home with their mother Emelie (Ewa Fröling). The circumstances cause a big change in their lives as they must confront the idea of this brand new beginning possibly being a potential nightmare.

Whether or not to spoil a large inciting incident comes with its difficulty seeing as it comes fairly early, changes the trajectory of the narrative, and fundamentally plays into the thematic elements being woven together in this feature. While the 188-minute film is the subject for review here, Fanny and Alexander initially came to its audience as a 312-minute television miniseries and it feels epic with the emotional and spiritual bouts it contains.

With writer/director Ingmar Bergman growing up in the Christian faith, the struggles and ideals of this belief system have integrated themselves into many of his films. Some more overt than others, with this specific feature, it plays an integral part in Alexander’s journey throughout. The contrast built into the homes where spiritual belief plays a part and where it completely takes over says plenty in what Bergman thinks about religious upbringing and could not be starker.

The film begins with the Ekdahl family gathering for Christmas and this particular evening provides plenty of insight into each of the adults. The matriarch Helena (Gunn Wållgren) sits at the top and has her three sons: Gustavv Adolf (Jarl Kulle), Oscar (Allan Edwall), and Carl (Börje Ahlstedt). Each with their own issues and quirks quickly established with Gustavv Adolf being a loving philanderer, Oscar a caring father, and Carl having financial woes he must ask assistance for. From the trio of brothers come the wives and then the grandchildren with Fanny and Alexander being the children of Oscar. Along with the family members, there are also there’s also the maid staff, which have their own distinct personality to add to the mix. The whole evening allows for these characters to be themselves in front of their family members with Gustavv Adolf being the highlight. Drenched in red and various Christmas colors, everything contributes to this merry feeling, which rubs off on the children.

Then tragedy strikes, which puts Emelie and her children in the position to move in with Bishop Edvard Vergérus (Jan Malmsjö). In a house wiped away of many material possessions and its blank walls, the warmth of the Ekdahl home completely dissipates and it becomes a personal hell for the two titular children. The way Bergman contrasts these two environments on a technical level aligns with the religious harshness each environment provides. In a sense, Bergman makes the case that a household, which enjoys some of the religious aspects of Christmas and may get involved in some sin fares better than a strict and stern home where belief and devotion come before everything else. He could not make this idea clearer with the character of Edvard.

From the onset, he looks like an untrustworthy person with his initial conversation with young Alexander and it only gets worse. A man of the cloth who apparently devoted his life to serving a God who calls for love and he decides to show the exact opposite to these poor children. Edvard has more to him with this character because Bergman simply does not make things simple but the message being sent through this character speaks spades on the overall message of the feature.

With the intention of this being his final feature, you can easily see why even if it did not eventually end up being the case. Fanny and Alexander culminates so many of the ideas he had with his stories centered on adults. His shift into making this about the children and their experience with family and religion gets to a personal level he has never been afraid to display. Bergman brings together a tremendous cast including one of his longtime collaborators, Harriet Andersson in a bit role but it did bring a smile to my face to see her contribution.

Epic in size and worthy of it, Fanny and Alexander pieces together so many thoughts about religion, family, ghosts, and dreams in such a satisfying manner. It demonstrates the power all of the facets of life have on the mind of children, especially with the limited amount of control they have when young. Beautifully moving in its themes and another example of Bergman not wasting the opportunity to shoot in color, this feature ranks high in an already illustrious filmography.

2 Replies to “Review: Fanny and Alexander”