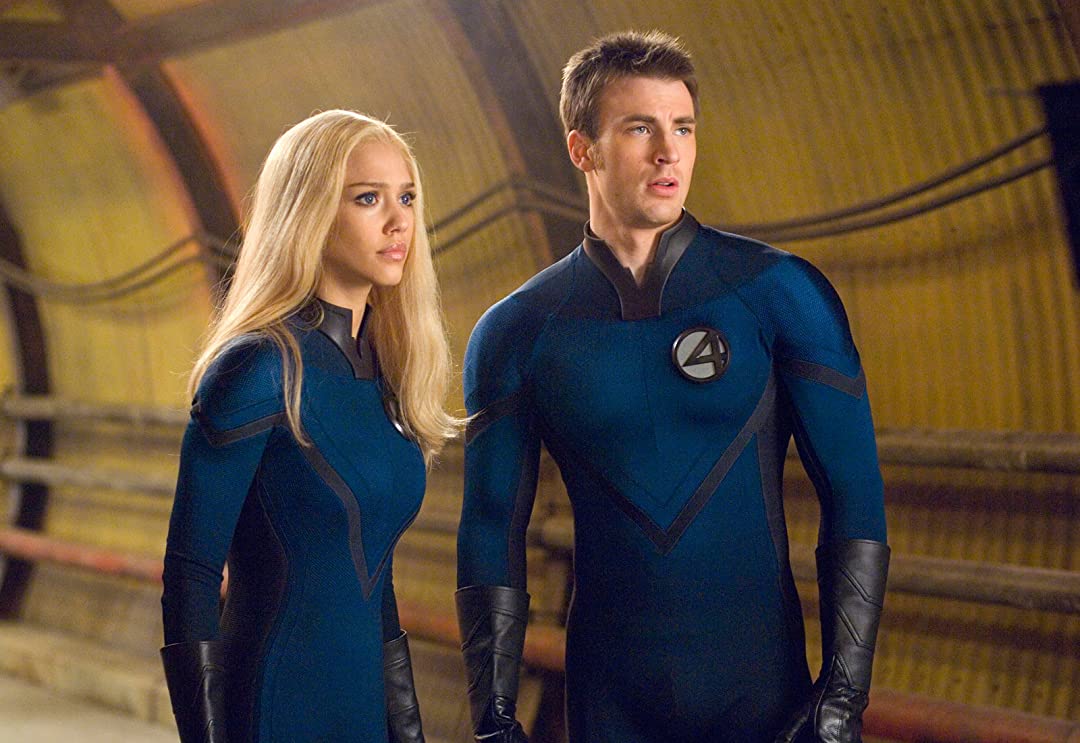 Even with little quality on display, popularity and box office can provide sequels because at the end of the day, this is a business first and art second. Many examples can be pointed to depicting this unfortunate reality, with Rise of the Silver Surfer being one of them. While a slight improvement from the preceding film, the lack of logic within this story displays that perhaps these characters are cursed on the big screen.

Now established superheroes as the Fantastic Four, Reed Richards (Ioan Gruffudd) and Susan Storm (Jessica Alba) decide to get married but keep getting interrupted by their responsibilities of saving the day. With a new threat coming to Earth in the form of the Silver Surfer (Laurence Fishburne), he proves to be their biggest foe but potentially an ally as well.

Bringing us back into the world of the Fantastic Four, Rise of the Silver Surfer finds these characters in a very different place than the previous film. Now superheroes constantly saving the day, apparently they have now reached the point where they have become celebrities with Johnny (Chris Evans) trying to get sponsorship deals to put on their suits. Susan and Reed’s wedding becomes the talk of the town in New York City among all other aspects making them people constantly talked about. Certainly, an interesting place to take these characters considering they do not need to combat the struggles of someone like Peter Parker needing to keep their identity hidden. Celebrity status comes welcomed to someone like Johnny but not so much for the others.

The biggest roadblock that comes with this film is the Silver Surfer, an enigma that runs through the world causing power outages and as more information gets disseminated, it turns out he primes up worlds to be eaten by this large cloud called Galactus. Now, this has needed to be learned the hard way by some superhero films but making the big bad villain of the story a giant cloud with no personality will typically not land well overall. This film serves as yet another example of it. Silver Surfer, as anyone remotely familiar with the character, knows he’s not a villain so there must be someone else other than a giant cloud of destruction to root against. Who will it be? You’ve guessed it, rehashing an old villain with Victor Von Doom (Julian McMahon). Hopefully, you have seen the first Fantastic Four prior to reading this review meaning you know Von Doom got dealt a blow where he appeared to meet his end. The finale of the film did give some credence to the possibility of him coming back but the manner in which they do feels cheap as an excuse to have someone be the villain on Earth as opposed to the menacing could barreling towards the planet.

The presence of the Silver Surfer brings about an interesting shift in the ways the characters’ powers work. Without any explanation, once Johnny makes contact with the Silver Surfer whenever he touches Ben, Susan, or Reed, they swap powers. This provides some funny gag moments when Ben makes them switch giving him fire powers and making Johnny look like a rock man. It works for the gag of it all but narratively and thematically it does not do much. This switching does not elaborate more about the Silver Surfer or his capabilities. It says nothing about their powers and why this specifically shifts between the characters because of the interaction Johnny had with the silver surfer. Any resonance evaporates and we just get left with gags, which ultimately sums up why this film does not work as a whole. It became far too interested in introducing all of these elements most likely played out in the comics but fails to make them narratively compelling by pushing these characters forward.

While a marginal improvement to the previous film, Rise of the Silver Surfer continues the trend of the Fantastic Four not working out on the big screen. Considering the success of The Incredibles, you would think the formula would be cracked when putting together these famous characters. However, it just becomes a tired story with nothing truly engaging, and the characters feel stagnant as a result, serving as a sacrifice to introducing ideas that could not come together effectively.