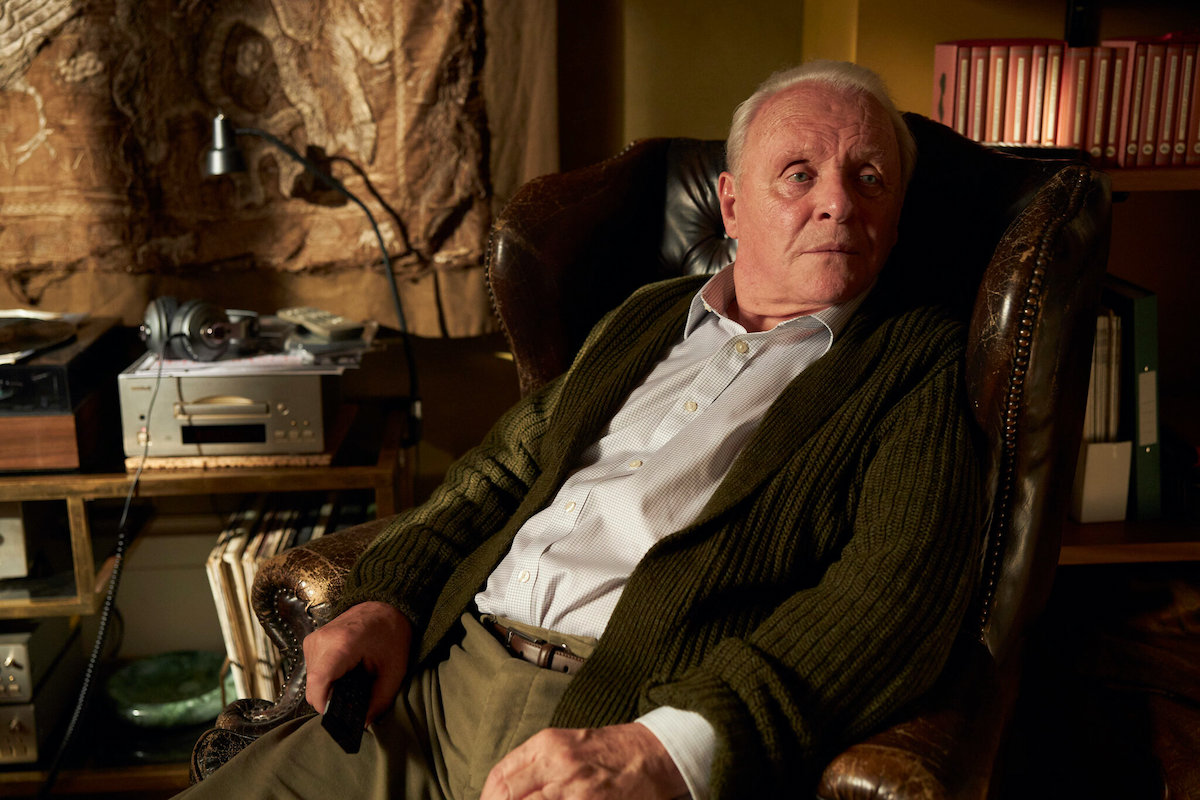 Diseases just do not get as grueling as dementia in the ability to not only impact the person physically but also others around them. Seeing someone lose their memory in front of the people who care for them most remains one of the harshest ailments ever conjured. Anyone who has experienced this with a family member can attest and while many features have highlighted this ailment through the eyes of the caregiver, The Father takes the approach of viewing it all through the individual fighting the disease. Through a stunning use of production design and editing, this feature takes an all-time performance by Anthony Hopkins and allows it to shine to an incredible degree.

Living in his London flat, Anthony (Anthony Hopkins) expects regular visits from his daughter, Anne (Olivia Colman) who checks in on him. Despite any other influence, he refuses to leave his flat, as he values his independence. This pushes him to not allow caregivers to last long but now he appears to be seeing conflicting and confusing information visually as his dementia continues to ravage his mind.

Telling this type of story comes with a level of precision and care that not many would be able to display and everything working in this feature proves everyone having a hand in the creation of this film knew what they were doing. Adapted from the very play Florian Zeller wrote and directed, there’s always a cautious approach when the playwright decides to bring this forward to the big screen. With two different media having different ways of communicating information to its audience, at times the transfer does not work to the desired effect. This could not be said about the excellent work done here and at the center of it all is Anthony Hopkins.

A staple for decades now, Anthony Hopkins has stunned the world with his incredible acting through various genres. Who could forget his turn as Hannibal Lecter in The Silence of the Lambs or as a CIA agent in Bad Company? Okay, that’s just my guilty pleasure. Regardless, the man is a living legend, which only made it more surprising to see a man with decades of exceptional work would, in his 80s, perhaps deliver the greatest of them all in this role. Hopkins has to handle such a large swath of emotions in this feature with surprise and horror serving as two of the main ones. Seeing everything through this perspective allows his confusion to become ours. From the heartbreaking moments of him falling apart to when he proves to be the charmer we know him to be, Hopkins taps into so many elements within this performance and keeps you riveted completely throughout.

The disorientation at play comes as a huge part of what this film attempts to achieve. The first scene illustrates a typical father and daughter bond, but very quickly, everything shifts when he begins to see conversations happen in a strange order and sees people looking differently than how he has experienced them before. It becomes distressing if not for the horrifying nature. I cannot be sure this accurately depicts the feeling of someone with dementia as they see the world around them but what The Father depicts scares me to no end. This only speaks to the incredible effectiveness of this story. It rips right on through with a 97-minute runtime, which allows there to be no fat on this story and simply gets right down to all of the lean goodness this screenplay has to offer.

However, it does get to a point in the story where the level of confusion gets in the way of the narrative cohesion overall. It all comes as part of the story but in moments it gets to the point where piecing together everything seems quite impossible to even comprehend what is going on. Sure, we’re experiencing everything through his eyes and feel his confusion, but having a basic understanding of what’s going on remains integral to a narrative feature. A minor nitpick within a film with plenty to appreciate.

As mentioned earlier, the editing and production design play an integral part in this story, as it causes confusion just as the revolving door of actors portraying different people in Anthony’s life. The flat he lives in jumps from being a place of safe refuge to an absolute hellhole trapping him in. All of the subtle changes along with how the editing cuts are made allows for this constant tension occurring where the very ground he walks comes with a level of uncertainty. Top-notch work across the board.

Frightening, distressing, and heartbreaking are many words that can aptly describe the feeling of watching The Father. It shows the horrors of battling such a terrible disease but done so in a way where you see it all and it becomes a trap you just want to escape but cannot. Exceptionally well-crafted as a feature film and it gives Hopkins the opportunity to show us, once again, what makes him one of the undisputed all-time greats.