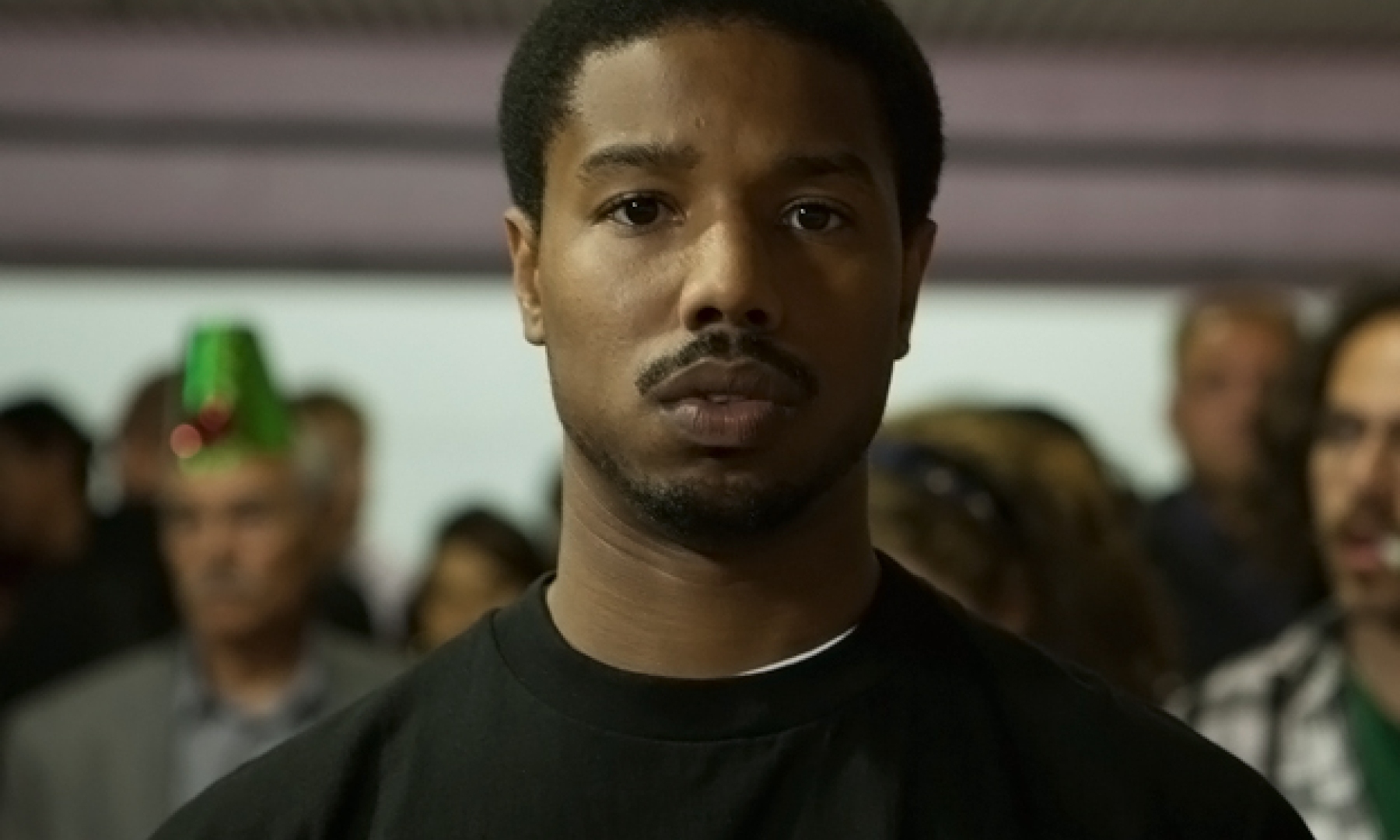 Unless exactly forecasted through a medical diagnosis, no one really ever knows what will be their last day on this Earth. There’s no big warning sign at the beginning of the day indicating that you need to live up and savor every moment because there won’t be another one in the near future. Unexpected deaths come with this suddenness of pain and mourning for what the future of the person could have been, especially for those who have barely lived it. Fruitvale Station brings the audience into the tragedy of one man’s life highlighting his character, but also what he could have been and what he leaves behind.

With New Year’s Day approaching, Oscar Grant (Michael B. Jordan) is setting himself up for a night out with his girlfriend Sophina (Melonie Diaz) and other friends. With that, he needs to ensure his future is set up including finding a job and cutting off the negative features of his past that have further complicated his life. All leading up to the fateful night when the BART stop at Fruitvale Station brings a frightful experience.

Much like a horror movie where you know some of the characters in the story will not live, Fruitvale Station builds up the inevitable and it does a damn good job ensuring the audience pleads for Grant not to lose his life. This should be taken for granted seeing as wanting a human being to not die should align with human nature and basic human empathy. However, with many incidents of Black men dying at the hands of police officers, much of the media campaign by certain sectors seek to demonize the victim and justify the actions of the perpetrator. Whatever spewing nonsense may have been spilled in the depiction of Oscar Grant by the media receives a rightful elimination because this film shows him for what he was, a man trying to get his life together and build a future for his girlfriend, daughter, and mother.

Interspersed with flashbacks from his time in prison, the entire day demonstrates Oscar realizing he needs to get things squared away in order to fully support a family. No longer will he be able to get by with his wily ways and cutting corners. He knows he needs to find a level of consistency with his life and a job that will consistently provide while also not putting his connection to his family at risk. Something he puts together on what would be his last day just as he’s at the point of making life-changing progress.

The two main relationships Oscar needs to navigate come in the form of his mother and girlfriend. Both needing him to step up in responsibility and rectify the failures he has put them through in the past. With Sophina, it’s the chance to make a better tomorrow for her and their daughter. Through their interactions, it’s evident he has burned her many times not only with his reliability as a provider but also as a partner, with his instances of infidelity referenced. In the journey of discovering how to take care of himself, it becomes just as vital he proves the same to her. Additionally, looking at Oscar’s relationship with his mother, Wanda (Octavia Spencer), there’s plenty of pain in their past. Scenes from when she visited Oscar in prison show a mother trying to set her son through a righteous path but showing the major roadblocks ahead for him. An unfortunate sight but one where progress appears when in the present as she sees Oscar become a man willing to take care of his family.

For all the moments of celebration and extreme potential, we know where this ends and the moment where the BART train announcer states Fruitvale Station is next, we know what is about to happen. While the fateful moment eventually arrives, this film lives in the humanity of little interactions Oscar has with others outside of just his family members. Whether it be the young woman at the grocery store trying to figure out how to make a dish or with his typical marijuana client, we see this man’s natural tendencies towards being helpful with others. It’s the minor moments of elation that help paint the bigger picture of this man’s character and what makes it a tragedy that he died in the circumstances in which it occurred.

This feature brings forth a tremendous partnership between Ryan Coogler and Michael B. Jordan and one that will continue to blossom with both Creed and Black Panther. Coogler just knows how to get the best out of the superstar actor in the best of ways. Jordan takes on a rough-around-the-edges character along with the script to display the true characteristics of this figure. He helps ensure this film does not become solely about the fateful incident but rather the human being behind it all and how much of a loss he would become for all who knew him. It demonstrates deft direction from Coogler to not allow this story to become exploitative in its efforts to make a statement about police brutality as a whole. No tone-deafness can be found because this film is first and foremost about Oscar Grant, the man, the father, the son, and the human being.

A heartfelt mix of joy, pain, sadness, and elation, Fruitvale Station captures one day in a man’s life but also helps in defining him and the potential growth the world never got the opportunity to see. A wonderful acting showcase for all involved and a tremendous introduction to one of the most insightful directors the 21st century will see in Ryan Coogler as he stakes his claim in having the capability to take on any story.