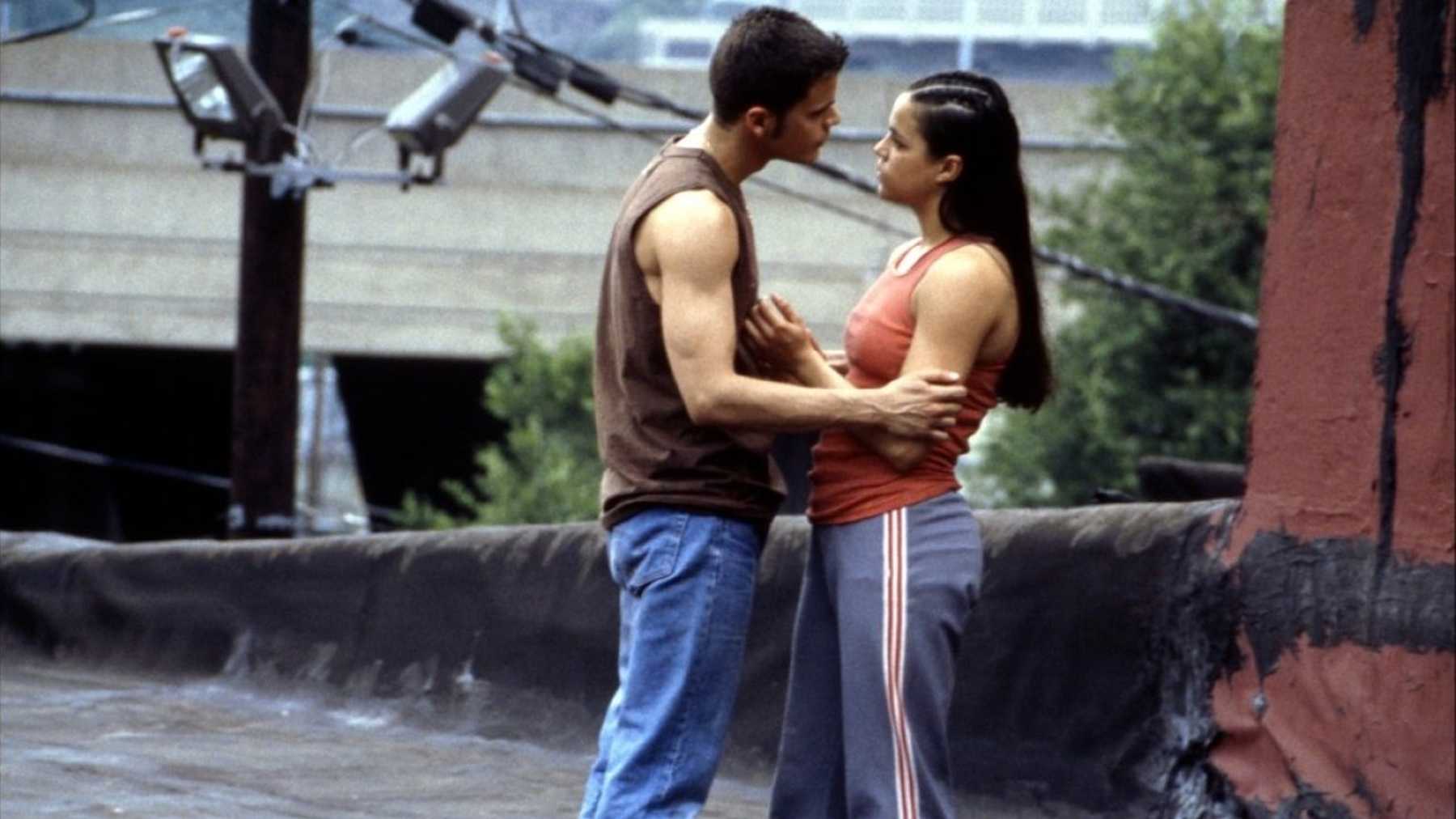 Socially prescribed roles for men and women do nothing but limit the potential for all individuals. These molds do more harm than actually bring the focus their intentions try to achieve. They also just do not make sense when looking at actual people. Through the introspection of its protagonist, Girlfight looks at one of the most masculine sports and breaks down the benefits it has for anyone looking to use it as a gateway of success or a release of anger.

Always getting in trouble due to her temper, Diana (Michelle Rodriguez) has no direction in life until she witnesses her brother boxing. Figuring she could also succeed in the ring, she does whatever becomes necessary in order to get the proper coaching, which puts her at odds in her relationship with her father.

The story centered around boxing alone brings plenty of intrigue and discussion but an important aspect right at the heart of Girlfight comes from the Latinx experience for women and how it must meet with machismo. As someone from a Latinx background, it sticks right out when experiencing this well-paced and structured feature. It carries so much truth before even getting to the aspects of boxing. Many cultures and circles in the Latinx community hold misogynistic views on where women belong and Diana’s desire to box runs directly in the opposite direction of what normally gets deemed as acceptable. It creates an extra hurdle for Diana to clear more than just being a woman in the boxing world. Never the delicate flower her father wanted her to be, she’s always been her own person and the lack of actual release explains her rocky relationship with everyone around her.

Serving as a sense of liberation, boxing has endured as a popular sport in lower socioeconomic areas, as the sport serves as a good release of any anger boiling under the surface, but it typically becomes an option for young men. Girlfight captures a similar sentiment and applies it through the experience of Diana. The title alone comes with many assumptions and preconceived notions in a brilliant manner. Typically when one hears of a “girl fight,” the general connotation means a messy brawl between two women, usually with hair pulling and slapping involved. It rarely receives the same correlation as men do when involved in a brawl, which makes Diana’s presence amongst these other men such an integral part of the story. Gender expression does not matter when she enters the ring because boxing remains about how much you can outwork your opponent and who can last the longest on their feet. Uplifting in its approach, this film lays all of its messages on the table and does so unapologetically.

While it centers on a young woman in Diana, all of the substantial relationships she navigates throughout the feature are with other men, whether it be her brother, father, and love interest. The distinct lack of women in the story says plenty about how Diana has been raised and her particular outlook on life. Her dead mother plays a major part and through the entire story as it becomes evident all Diana has ever wanted is to be seen on the same level as the other men in her life. The very fact that all of this work comes in the service of just trying to be seen as an equal sadly says plenty about the position women find themselves within specific cultures and family setups. A deftly constructed story from the mind of writer/director Karyn Kusama and one with reverberations with women from all walks of life.

Unsurprisingly a work of this stature fits right in with Kusama as a filmmaker. With this being her first feature, she later goes on to demonstrate a continued interest in stories surrounding a woman’s relationship with the world around her. Whether it be something as outlandishly fun as Jennifer’s Body or deeply grounded and grungy like Destroyer, she manages to always work with incredibly strong female characters within a construct unfair to them. Girlfight sets her on this path and she remains such a vital voice in the world of cinema.

In the middle of it all is the beginning of Michelle Rodriguez. Her world-famous scowl, which has graced the screen of millions through her work in The Fast and the Furious films. This feature really started her ascent in great style. She captures the rugged behavior she has evoked for the rest of her career, but having the lead role in this smaller feature allows for more exploration into her feelings. She works through the struggles inhabiting this character in such a meaningful way and while she has enjoyed her time in blockbusters, it would be awesome to see her tackle something more delicate and moving like in this feature.

Created with plenty of heart and much on its mind, Girlfight comes together as a labor of love further trying to break down barriers of where women fit in a world dominated by men. It exhibits well-put-together boxing showdowns to capture the emotion of every punch and the importance of every dodge. Like an artist with a paintbrush, Kusama navigates this story with plenty of heart and comes through beautifully well in the final product.