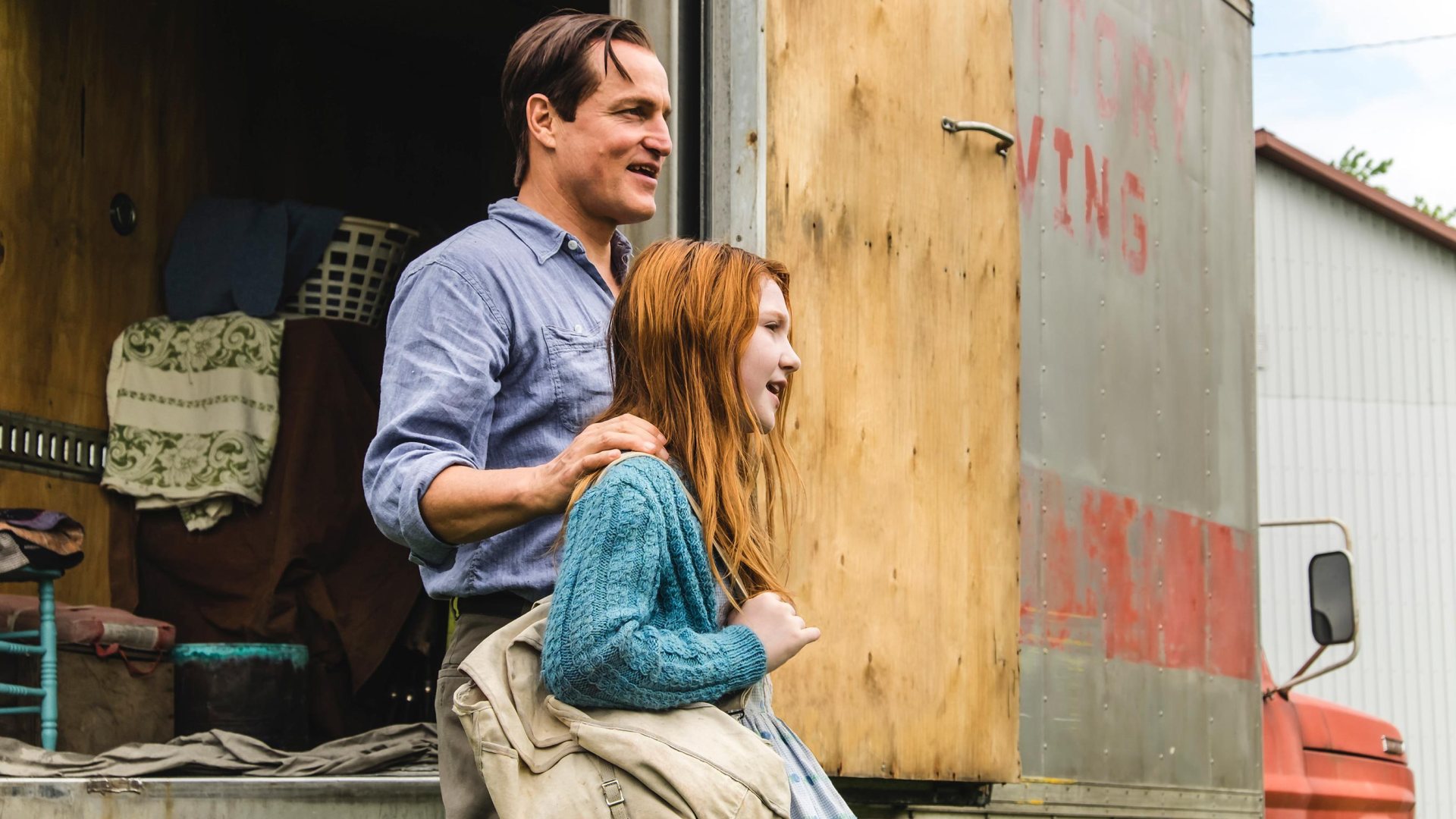 There is no degree to achieve the skills in becoming a good parent. If there were one, many would sign up. The only way to learn comes from experience doing it and the kids essentially serve as case studies of this learning, with the oldest being the guinea pig. Understanding this comes with the realization that we should cut our parents some slack in the ways they tried to figure out how to raise us. However, there has to be a line somewhere where a child needs to acknowledge their parent is a screw-up, something this feature never fully understands. Especially, when it’s a deviation from the source material.

Living primarily a nomad lifestyle with no home to plant her roots, Jeannette Walls (Brie Larson) recollects growing up with her eccentric father. A man who does not believe in the societal norms of life and prefers to live as a free thinker. Unfortunately, that does not pay the bills or feed his hungry children leading a childhood filled with hungry nights and running away to different towns.

With a mix of flashbacks and moments in the present, The Glass Castle attempts to piece together a family dynamic filled with small moments of triumph but mostly the story of how a terrible father put his kids through dangerous situations and refused to acknowledge his role in it. When reviewing a film, I try my best not to make moral judgments on how a story, especially a personal memoir, views its characters even though I fail most of the time in this endeavor. This story comes from the personal experience of Jeannette Walls, but the absurd nonsense the audience is asked to forgive from an emotionally abusive person crosses a line the characters should have kept in this story.

All of it comes as a messy proposition because it’s her father who we’re talking about but not even Woody Harrelson’s charm in the role could cover up that this man is a scumbag in every sense of the word. The idea we’re meant to have even a bit of sympathy for this man is an insult to the audience, especially as the film gears towards the end, which evidently steers away from how Jeannette wrote it in the novel. If anything the feature tries to wrap a nice bow on a story where the original storyteller did not, which is certainly a bold choice if it makes for something more resounding and impactful. Let’s just say that is not the case with this film. If anything, the way it all culminates takes everything that was going well for it and drove it off a cliff, lit it on fire, and urinated on it. Yes, it’s that bad.

A shame, really, considering there are folks like Naomi Watts putting in decent work here despite her agent having a vindictive hatred for her with the roles she’s been offered in recent times. All of this groundwork set up in the story where we witness the atrocities this father puts on this family never culminated into anything worth exploring. Everything done by Watts gets thrown into the sewer along with Brie Larson’s portrayal of Walls as an adult. Almost like the film tries to justify the things the father did in service of acknowledging he may have been right about how to navigate life. Yes, I’m sure he was right, especially when puts his daughter in a situation where she could be sexually assaulted. Let’s all admit this man has right in his approach to life.

Coming fresh off one of the better indies of the 2010s in Short Term 12, Destin Daniel Cretton heavily disappoints with this absolute bomb of a story. With him having a hand in writing the screenplay based on the memoir, so much of the blame needs to land on his shoulders. The way he went from one of the most empathetic and moving pieces of art of the last decade and then turns around and makes something so thick, boring, and abjectly horrifying in the end absolutely baffles me to no end.

The only reason this feature does not get my lowest possible grade comes squarely from the strong performances given by the cast, who frankly deserved more from what they were given. Everything done here feels like a betrayal to actual parents who do not put their children in compromising positions and then believe they have done an adequate job. I genuinely could not believe it when the credits rolled and this story concluded. I thought it was all a joke, but no, the final product truly destroyed any goodwill the film had going into the final third. Almost an impressive case study in how an ending can completely bomb a film. The filmmakers of this travesty can certainly receive credit for that.