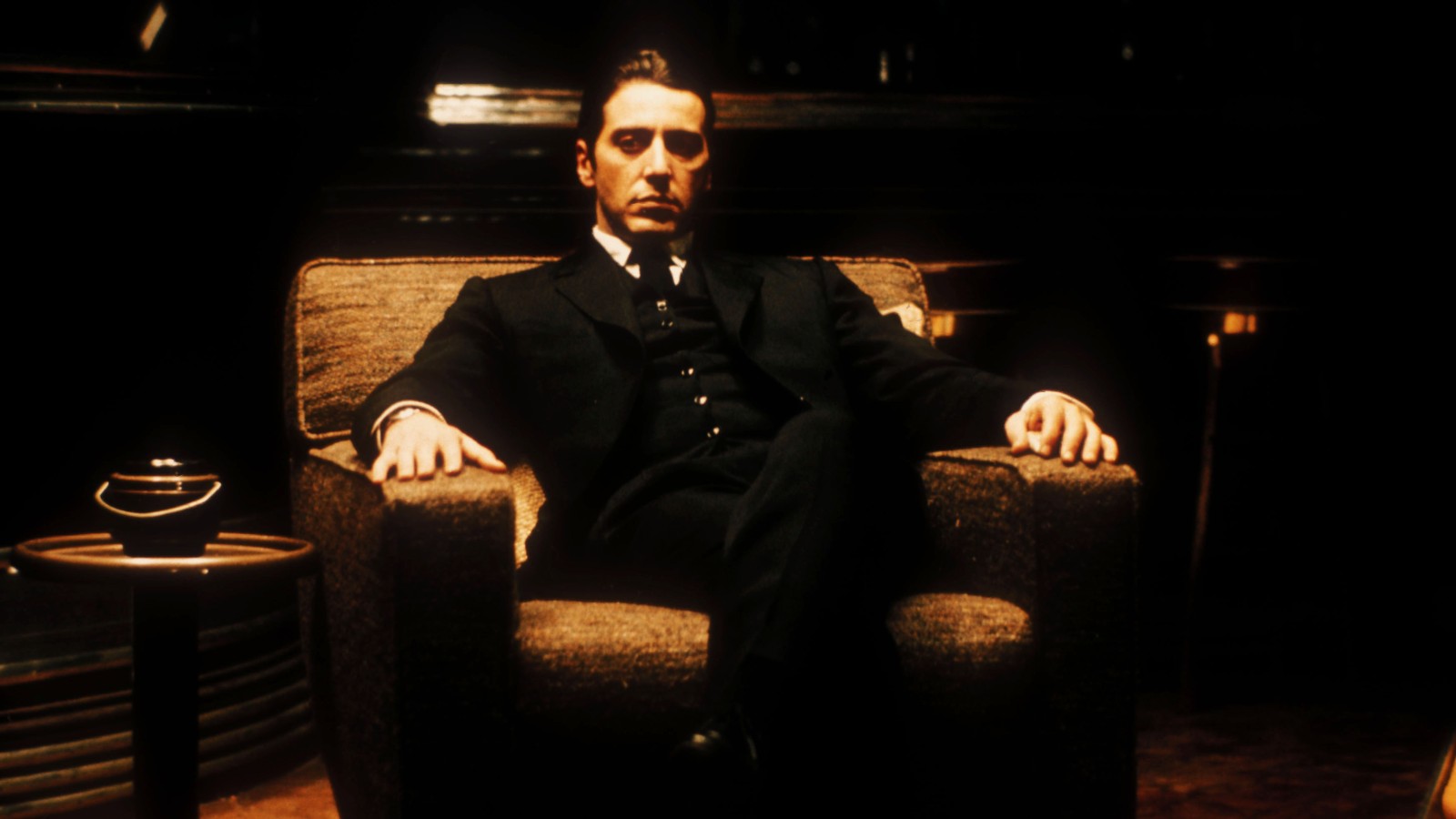 Points of no return vary by the individual with some actions being more forgivable than others. Seeing where this line gets planted on multiple occasions only further enlightens the world continually explored in one of the greatest sequels of one of the greatest films ever made, The Godfather Part II. A film giving you the best buy one-get one deal in the history of cinema.

After planting his flag in Nevada to purchase more hotels, Michael Corleone (Al Pacino) must now face new foes in politicians and the issue of someone within his family betraying him. In addition, in flashbacks, the humble beginnings of a young Vito Corleone (Robert De Niro) displays how a once-hunted kid turns into one of the most dangerous men in the world.

Pacing never becomes an issue when experiencing a film within this trilogy, simply because everything happening on screen never ceases to captivate, or intrigue because of the stakes involved. Every decision Michael makes in this feature has ripple effects bound to aggravate someone, which comes with holding the crown. With him fully diving into the family business and becoming the Don, with more money and influence comes the likelihood that someone wants to take him out for it. With trust on short supply in this dangerous world, paranoia becomes your best friend.

The most stunning aspect of The Godfather Part II comes from the acknowledgement this film could have easily been broken into two films, one as a direct sequel to the first feature and then Vito’s prequel. If made in today’s landscape, this definitely would have been the case but the beauty of the themes interspliced between Michael’s descent and Vito’s rise creates a beautifully bloody mirror. Both of them begin their journeys not with the intention of joining this world, but both having the intellect, ability, and ruthlessness to have everyone bow to them as they rose to Don status. Where we see the, at-times, soft touch of a young Vito, you see the blunt force trauma Michael can inflict on others through his words. Having both a sequel and prequel wrapped into one certainly posed a challenge and with the result being another masterwork just demonstrates everyone involved working at the peak of their powers.

With Michael’s particular struggle, he finds himself in a place where he can no longer fully trust everyone around him, just as he tries to land a major deal. This storyline almost becomes a puzzle for the audience and Michael as he tries to decipher who genuinely wants to work with him and who ultimately wants to kill him when given the chance. Going through this experience with Michael, we only know as much as he does, which makes the revelations all the more devastating. When he learns of his betrayals, we do as well and the camera directly pans to his face and we’re left with waiting what his ultimate decision will be. Pacino does so well in those moments where he doesn’t even need to speak. The pain emanates from his face along with a blankness where you just know his retribution will be brutal. It becomes a battle of how far down he will sink in order to do work he considers honorable, which others might disagree with.

In relation to scope, this feature further expands the story and where this crime family’s work extends. With most of the first feature taking place in New York other than Michael’s stint in Sicily, a good portion of this sequel looks at the influence of the Corleone’s on a global scale. The first feature spoke of Vito’s connections to judges and politicians, but Michael gets to take these things on himself, especially those with the power to hamper his efforts of further expansion. The segments in Cuba demonstrate this very idea and how the Corleone’s look in the face of foreign governments just as much as they do with the domestic one at home. With Vito almost hiding in the shadows of New York, Michael steps right out into the spotlight, especially when it comes to congressional hearings.

Vito’s storyline on the other hand captures a humble beginning, nearly encapsulating the American dream of how an immigrant could come to America and make a name for himself. Despite the killings involved and other shaky actions, Vito’s beginnings show a man who genuinely cared for the people around him. From helping old ladies with unfair landlords to giving people a fair shake, the divide between Vito and Michael could not be any clearer as Michael continues his further isolation from anyone connecting him to humanity. If a young Vito explores the potential of the American Dream, Michael demonstrates its downfall where money and dealings with the wrong people can cause everything to potentially crumble.

Returning much of the cast of the first feature, minus the ones who died, the biggest addition came in Robert De Niro portraying young Vito. In a role that won him an Academy Award, he picks up right where Marlon Brando left off with this legendary character. De Niro covers the entire stretch of Vito’s youthful optimism and then ultimately becoming the blossoming young Don who would form one of the most formidable crime families in the country. A surprisingly delicate performance despite the harsh actions done within this feature. Whether a soft touch in his voice or the embrace he gives his children at every moment he gets, De Niro absolutely nails it with this character.

Serving as one of the biggest deals cinema has to offer, The Godfather Part II gives us two movies in one and the way Coppola and his crew bring it all together demonstrates an elegant level of perfection. From continuing the ever-troubling descent of Michael and comparing it directly to Vito, such a rockstar in his world, it all just works so well with each and even sitting at over 200 minutes, it feels thrilling and intriguing at every turn. This comes not only from the pacing, but how the film has made us care for a group of men who kill to make their way but have a sense of honor you almost have to respect in a sense. A stunning piece of cinema.