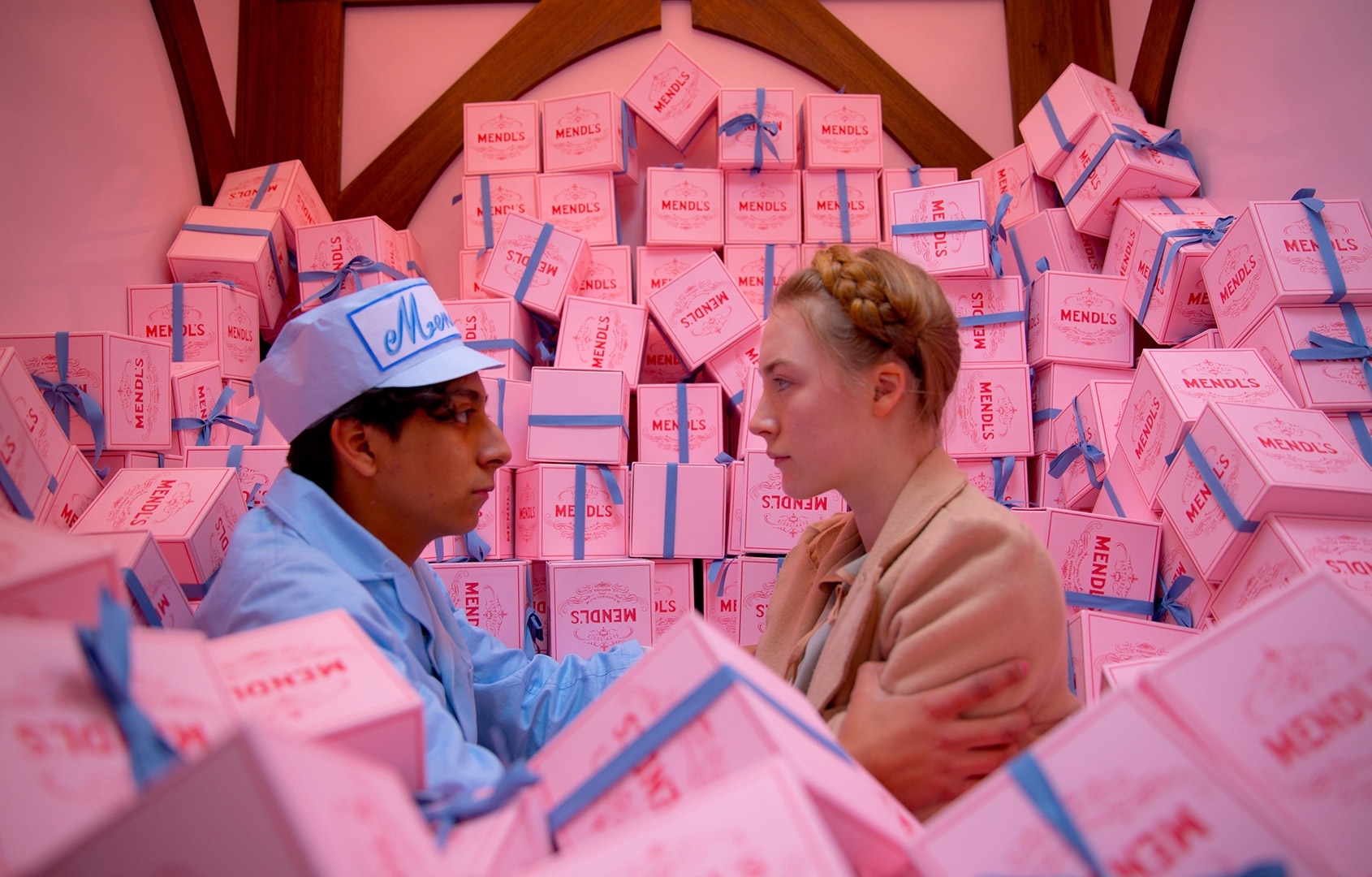 Working in the service industry requires a level of resolve to satisfy the customers’ whims. Luckily throughout time, we have deciphered that the customer is not always right but we must still salute those who, above all, gave their all to their profession. The Grand Budapest Hotel seeks to highlight one of those individuals and the whimsical tale it takes us on brings plenty of heart, comedy, and love to light up any room.

Walking the halls of this mysterious hotel is a young author, who runs into the owner of the establishment, Zero (F. Murray Abraham). As the two meet for dinner, Zero recounts the stories of his humble beginnings as a mere lobby boy in the very hotel both men are in. In this story, Zero speaks of his time under the tutelage of Monsieur Gustave (Ralph Fiennes) and the tale that brought them together in wonderful friendship.

After a while, an individual needs to figure out whether they can vibe or not with Wes Anderson. A very particular filmmaker who likes to tell his stories with a level of quirk and precision that may not vibe with everyone but for those who buy-in, they can truly enjoy the wonders this man can put on screen for us to enjoy. Despite it all, The Grand Budapest Hotel in itself serves as the most accessible gateway to the type of filmmaker Anderson can be and it just so happens to be his greatest work to date. From the beautiful detail of the world built and the incredible characters, this feature has so much to love and I adore every single second it has to offer.

We enter this narrative through the eyes of Zero both through F. Murray Abraham and then Tony Revolori for the majority when young. From very humble beginnings, Zero’s journey shows the monotonous nature of being a lobby boy along with the hilarious amount of exploitation he takes on. From working long hours six days a week for minimal pay, he does the impossible but all for the greater purpose of what M. Gustave preaches as providing the best service for the customers staying at the hotel. From anticipating the needs of every guest to anticipating the anticipation. As the story progresses, Zero merely becomes a bouncing board for M. Gustave and their combination just works so well for the purpose of the story. M. Gustave brings the eccentricities and Zero just comes along for the ride, as well as the audience.

Anderson employs his particular style of humor in this feature and out of all his films, this one contains the most hits. The world created has so many ridiculous facets to it where all you can do is laugh, as no other options become remotely possible. From different looks characters give each other to quick moments, the comedy hits all of the right spots to tell quite a ridiculous story. The humor also arises from how this world constructed by Anderson both mirrors and ridicules the reality we live in today. From the absurd expectations of service workers being paid a pittance to the idea of breaking out of a prison utilizing tiny little tools, it bends reality in all the best ways to create endless enjoyment as the story continues.

As with any film of this storied director, the production design looks tremendous but it goes to a completely different level in this feature. From the construction of this hotel with the deep reds and purples to give it some character among other setups, this hotel feels incredibly lived in and real. Seeing it in the condition with Zero at a young and old age shows quite the difference but the importance of this production design lies with what it means to the characters involved. Things can look beautiful in the background but when it has a level of attachment to the characters, it reaches a different level, which gets achieved here. For all the eccentricities of this hotel, what it means to Zero ultimately holds the heart of the feature. It means so much from the recollection of his relationship with M. Gustave and the love of his life, Agatha (Saoirse Ronan). It becomes evident throughout and remains the heartbeat of the feature. Flawless production design, truly, and it still stuns me from its beauty.

Delivering the lines with a strange level of superficiality, at times, these characters don’t feel human in the way they speak but the consistency in which the cast all works together to create works wonders. Anderson surely knows how to bring together an ensemble cast even if filled with bit-part roles. However, he knows how to construct a larger tapestry with each of their talents for what the story represents. The start of the show undoubtedly proves to be Ralph Fiennes. He becomes the fixation of Zero’s respect as a boss but also a person as they both go on a bit of a treacherous journey to get the silliest of items, which just matches the overall tone of this motion picture. Fiennes runs the spectrum of emotions of this feature but keeps the pretentious uppity nature of this character throughout. He takes a character who could have easily been fairly annoying on paper and absolutely thrives in crafting someone the audience can deeply care for. Delivering ridiculous demands at bullet-pace but with precision, Fiennes proves to be the perfect match for what this story demands.

As the credits roll, The Grand Budapest Hotel feels like an experience you may not want to leave. I certainly did not want to leave the world crafted by Wes Anderson and the actors to be brought together. It carries a level of warmth with the story of Zero and M. Gustave overall. From mere coworkers to a partnership taking on a very dangerous circumstance, the bonds between the two make for a delightful time I would have watched for many more hours. Incredibly rich in all of its technical elements and its wonderful characters all within this ever-evolving puzzle Anderson creates, it demonstrates this detailed director at his very best and something I continue to marvel at each time my eyes experience its whimsy.

One Reply to “Review: The Grand Budapest Hotel”