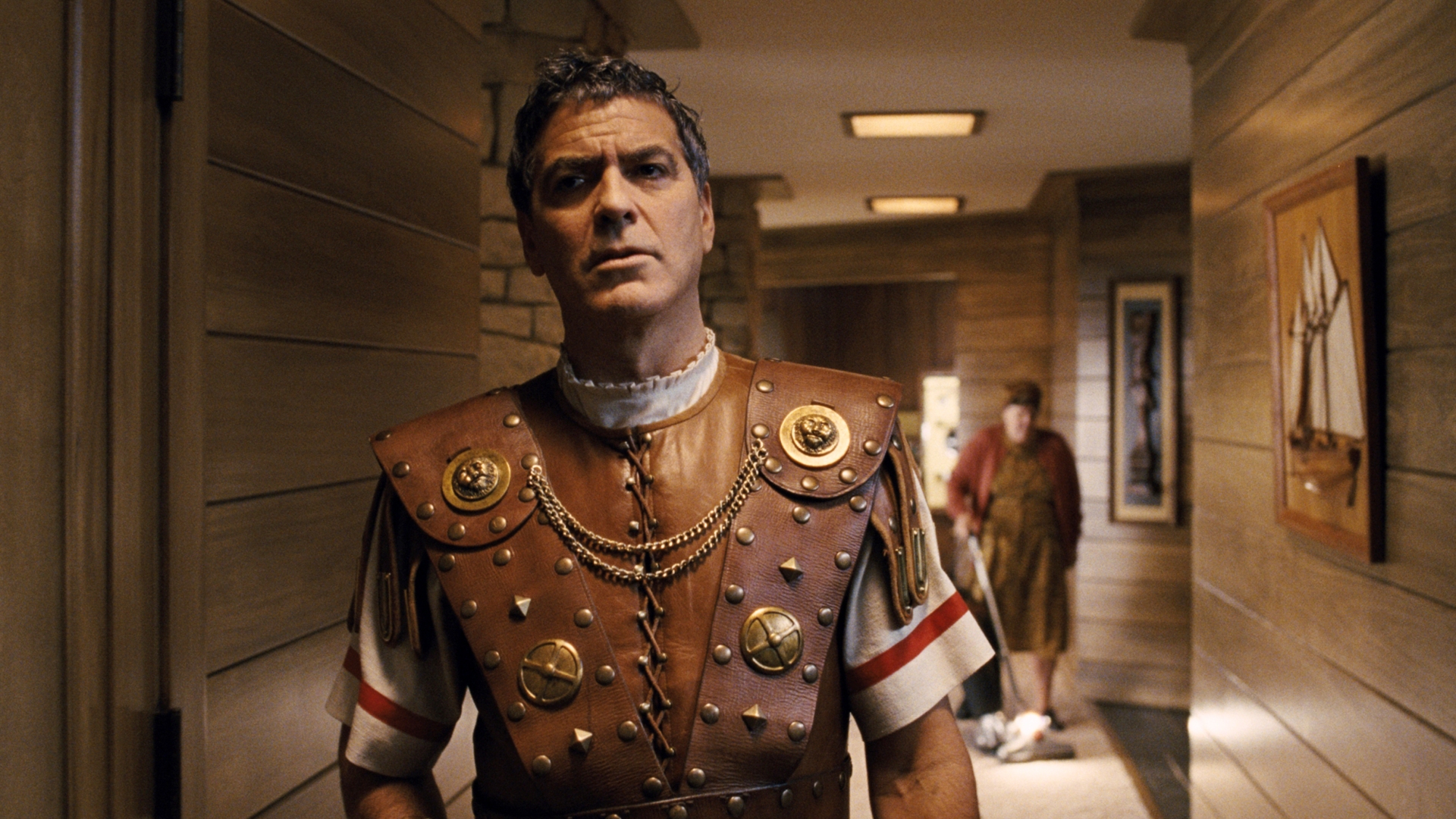 The magic of Hollywood has received a level of mysticism with the belief every movie made comes about because of various miracles. Definitely true considering everything that must go well in order for it all to come together. Hail, Caesar! presents one of the heroes further ensuring the dream machine continues and how much of the world of Hollywood operates around who knows what and when.

Working as a fixer for Capitol Pictures, Eddie Mannix (Josh Brolin) has several dilemmas he needs to handle and do it with the discretion not to scare the public or shareholders. The biggest one of them all comes from the lead of their upcoming epic, Baird Whitlock (George Clooney) getting kidnapped and held for ransom.

Wacky and comedic Coen Brothers films typically do not receive the same attention as their more brooding and serious fare, but they have such an excellent way of heightening reality in order to make excellent points along with an entertaining story. With the possibility of this story feeling far too disjointed with a plethora of characters and dilemmas for Mannix to fix, it comes at no surprise this incredible directing duo can make it all work with plenty of fun as well. With this feature, they peel back a layer of how the Hollywood machine is outside of what people have become accustomed to seeing. As audience members, we see these stars at premieres talking about their finished products but the journey of getting there comes with many metaphorical fires needing to be put out. Mannix serves as this particular glue.

While peeling over a layer, this feature film also opens up a discourse about the political expectations and standards set out during 1950s Hollywood. With one of the issues Mannix needs to deal with comes in the form of a lead actress getting pregnant out of wedlock, a misogynistic standard applies and makes Mannix’s job much more difficult. With the main “antagonists” coming in the form of communists kidnapping the leading man, these issues come with different layers and on top of actually fixing the issue, Mannix must also contend with the press trying to get the truth out to the pubic for their own financial gain.

The narrative thus becomes a juggling act of the highest order and the amount of stress this inevitably puts on the shoulders of Mannix, it makes it no surprise that he’s considering an offer that would pull him out of this Hollywood game and apply his trade elsewhere. Everything is a constant mess, but this film delivers on the allure of Hollywood as well, which explains why Mannix cares for it. The narrative shows behind the scenes but also what can be created when the minds at hand put their talents together and make something marvelous. Worth all of the nonsense when the final products can inspire and dazzle.

With so many moving pieces, this feature does well to maintain focus on the different dilemmas Mannix needs to take care of for the studio. With each new character introduced into the story, thus another wrinkle, it gets folded right into the story with ease to put together the whole puzzle in order to appreciate everything Mannix does here. Just strong work overall here but when it comes to landing the jokes is where this film really shines as a Coen Brothers project.

Transporting their style of humor to the landscape of 1950s works so well as the ridiculousness of these characters and the prototypical accents held during the time caused many laughs throughout. While Mannix may not be the most humorous individual the Coens have created, he certainly lets the comedy flow around him with the zaniness of everyone else. While not the best performance of the bunch, the funniest proved to be George Clooney. This man has impeccable comedic timing and when he collaborates with the Coens it rarely disappoints. Intolerable Cruelty and O, Brother Where Art Thou are two other examples of this wonderful collaboration. In this feature, Clooney captures this airiness to him where he can barely get his lines right, has no real knowledge about the world, but still can navigate the room with his incessant charm. Nearly every line and strange facial reaction left me in stitches because everything happening around him can be described as whacky, which further shows why this is such a treat to experience.

Lifting the curtain to criticize and adore, Hail Caesar! delivers bundles of fun across a variety of characters and their issues. Mannix servers as the anchor for it all to show the good and the bad of the industry selling dreams. It delivers trademark Coen Brothers moments showing just how funny they can be regardless of the setting or the subject. Despite its tepid reputation, this one really surprised with me with how fun it tried to be. Let the Coens be fun!