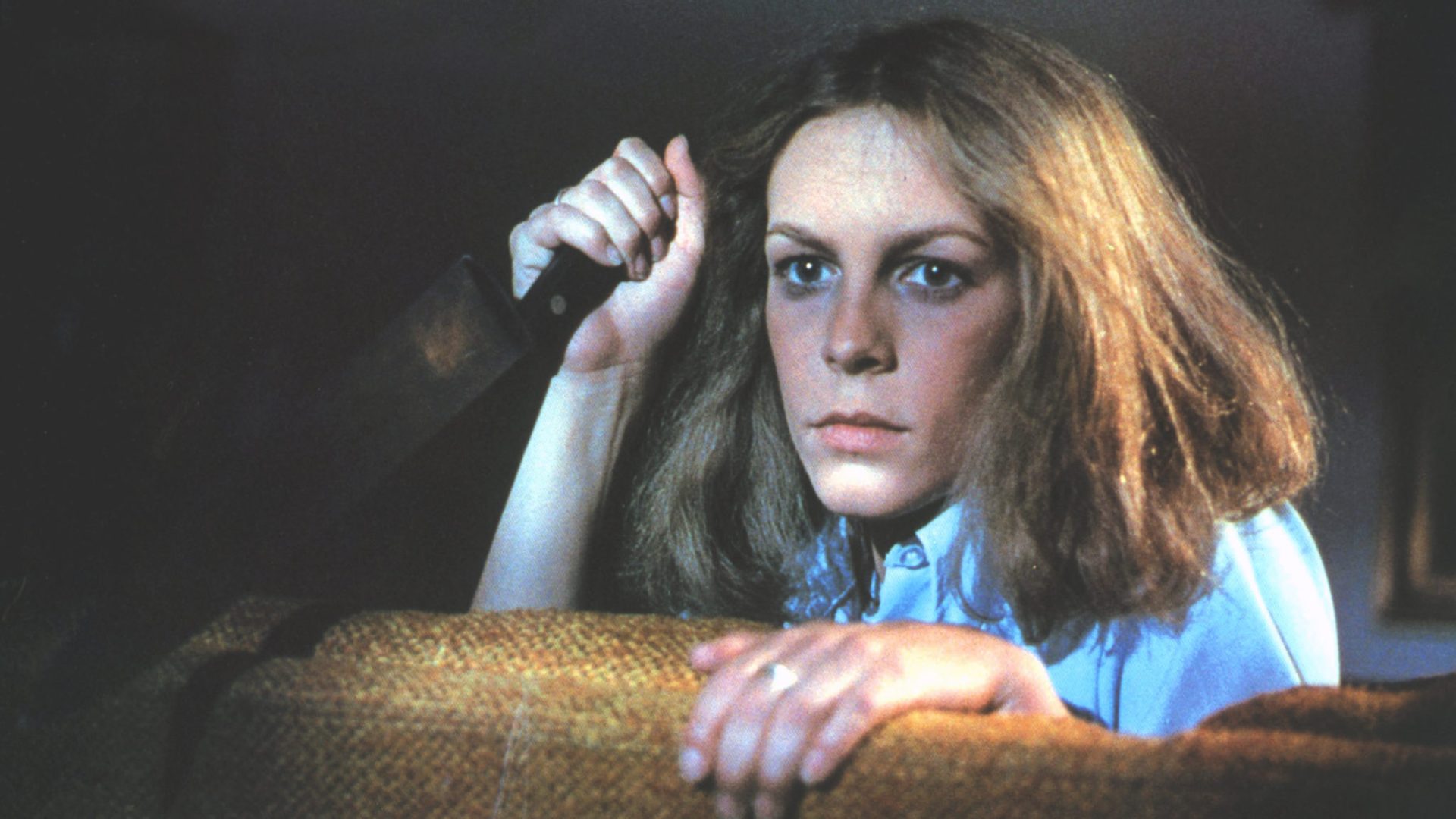 The sanctity found in virginity has long been something shoved down young women as they reach the age where they think of engaging in sexual activities. A practice long-held within our patriarchal system as a form of control and when all else fails, this sense of rule can come in the shape of a masked man with a knife. By far my favorite reading into what John Carpenter’s Halloween represents as the horror classic still dazzles to this day.

After killing his older sister when very young, Michael Myers (Nick Castle) escapes from a health facility years later and makes his way back to his hometown in Haddonfield, Illinois, Meanwhile, Laurie Strode (Jamie Lee Curtis) prepares for a babysitting gig this Halloween evening while her friends prepare to hook up with their significant others.

Strangely enough, no other film has had an influence on the way I appreciate the art of filmmaking more than Halloween. This all comes from the stripped-down charm the feature has overall through the direction of John Carpenter. It all comes together so easily and it benefits the texture of the feature. The work put into this film taught me so much about camera placement and the impact it has on how we see the story from the voyeuristic wide shots and where we literally ride beside Michael Myers in the back seat of the stolen government vehicle. These facets continue to have my love, which has grown for this film grow throughout the years, but the themes it wrestles with surely help as well.

Taking place in a suburb in Illinois, it’s evident the biggest crimes occurring there outside of Michael Myers’s killings are done by bored teenagers looking to stir up some trouble. The living embodiment of the typical American suburb where the American dream can be fully realized. A place where the kids can be raised. The only thing that could hamper this reality, at least from a patriarchal sense, comes from bad actions by those stepping out of line from the respected norms. This feature focuses on sexual promiscuity within teens, specifically in girls. It becomes the commonality of who Michael kills in this feature and one’s proximity to such actions outlines their fate at his hands.

Of course, this stands as one of the readings that can be taken from this film, where others can just say Michael kills people at random. All are respected, but this sense of evil Michael represents has some intentionality at least in my eyes, which comes in punishing the sexually promiscuous teenage girl babysitters. From the opening scene of Michael killing his older sister while their parents were away. Instead of caring for her younger brother, she brings a boy over for sex and completely neglects Michael to the point where the camera, through his eyes, begins on the outside. Almost as if his sister’s neglect got to the point where he was gone from the house either without her knowledge or even with any sense of care. Following this trajectory informs so much about his return to the town and represents this repressive force of punishing these girls who break the trust of the parents and engage in sexual activity. A white mask and a phallic-shaped knife. Come on, it all writes itself.

The design of Michael and the acting display given by Nick Castle brings the scares from the basic act of existing. At most, all we hear from him is his heavy breathing. Almost synonymous at this point with this killer and in those moments where Michael hides away, the only thing giving him away is his breathing. The scenes where the audience hears it but the characters within the narrative don’t play into what Carpenter wants to do through his direction and what makes it much more immersive than I ever initially comprehended.

As mentioned before, Carpenter utilizes a voyeuristic approach to using the camera where it rarely feels like the lens rests with Laurie but rather viewing her from far away. Especially, in her first scene walking through her neighborhood. This falls in line with what Carpenter does with his framing, which is including the audience as part of the killing. With Michael representing a patriarchal symbol trying to kill young promiscuous girls, we participate in that process, almost complicit as we see it all play out. This occurs directly with the opening kill involving his very own sister, where we literally see the whole incident occur right through his eyes. We see the horrific fear in her eyes as she’s startled by Michael’s seeing her disrobed and the terror when the knife gets raised against her.  It makes for an unsettling realization that we are more than bystanders in this story.

Scream queens have been the lifeblood of slasher films, as they comprise those who survive the brutal killings by these monsters, and one of the greatest ones, Jamie Lee Curtis, got her wings here. Daughter of another scream queen, Janet Leigh, most famously known for her work in Psycho, Curtis takes the reign and absolutely thrives as Laurie Strode. Capturing an innocence of the world and the genuine kindness she has for others even if it does not get reciprocated, she becomes the heart and soul of the narrative. While the other supporting characters get annoying traits for the audience to almost root for their deaths, Curtis takes the aspects of what makes Laurie such a lovable figure and amplifies it. She has since taken this role and made it her own in subsequent films in different timelines, but what she accomplishes here remains special.

More so terrifying in what it wants to say rather than what gets produced on-screen, Halloween brings horror right into suburbia, where many believe it to be the symbol of American success. A stripped-down film that gets all of the basics perfectly right to elicit fear while also creating some iconic characters in the process as well. Thoroughly enjoyable and one that forever changed the way I look at a director’s imprint in their features.

One Reply to “Review: Halloween”