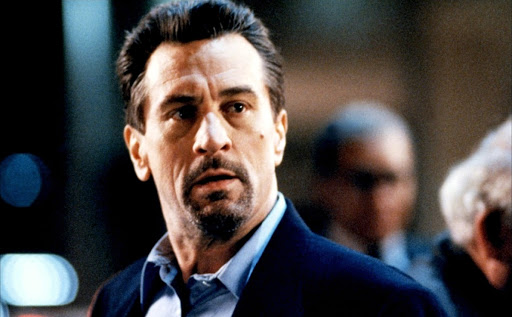 Every story has at least two sides to it, but we do not always receive all of them because of convenience or due to purposeful placement. Getting all sides presents the context and in the case of Heat, it allows for a rich exploration of cops and robbers converging. Endlessly thrilling and intriguing, this feature film demonstrated the very best of the crime genre and has proven to be an inspiration for many other films as well.

In Los Angeles, a string of robberies led by Neil McCauley (Robert De Niro) has raised suspicion and landed on the radar of Lieutenant Vince Hanna (Al Pacino). With McCauley and his group looking for possibly one more score before they scramble, Hanna gets closer and closer to finally cornering and stopping them.

With so much anticipation for a film to finally have Al Pacino and Robert De Niro share a scene together, who would have known it would also be one of the greatest crime films ever made? Just a wonderful combination of occurrences and its success certainly comes from its technical elements, which will be discussed later, but mainly through the perspective, it provides for all parties involved and the richness it adds to the narrative.

Sitting at nearly 3 hours, Heat certainly has a large runtime for a crime feature, which typically lay lean on its length for brevity’s sake. Something one can appreciate, but this feature contains this length because it comes with two fully realized perspectives from McCauley and Hanna. Typically in heist films, you get the main perspective of either the cops or the robbers in the effort to achieve their goals. Sometimes you get brief glimpses into the opposing side of the protagonist’s focus but Heat gives a full arc to both Hanna and McCauley to demonstrate what makes them worthy adversaries but also incredibly alike.

Both men are almost too invested in their careers where it does not allow them to properly connect with others. These two get set on a collision course with each other that will most likely not end on amicable terms. This rising tension in this regard culminates in one of the greatest scenes ever put to film, the coffee shop talk between the two. A casual conversation between the two allows both actors to flex their muscles but also puts Michael Mann’s screenplay in the limelight. A calm conversation with an underlying tension along with gradual respect being built between the two men. This scene builds a sense of professionalism between the two where they know bringing each other down does not come as a personal vendetta but more so part of their job and they will not hesitate to do what it takes. You could just frame this entire scene and put it in the Louvre if you ask me.

Ultimately, McCauley and Hanna do not share many differences, which the film tries to outline on more than one occasion and shows the fine line between a cop and a criminal. A huge divide does not exist seeing as it more so comes down to what decisions one makes and how they decide to follow through with them. Seeing the emotional struggles both Hanna and McCauley have in their personal lives only humanizes them more, as these two may be legendary in the way they complete their crafts, but that alone will not help them keep every facet of their life bundled up and thriving. It changes the outlook of this feature about not centering on a cop and a robber, but rather two men with their highs and lows. This makes interactions much richer and when they showdown, it demonstrates the stakes moving forward.

Providing two distinct performances De Niro goes with a calmer and more professional vibe for McCauley. A man who always keeps his composure, if not emotionally distant in order to protect himself. De Niro brings a sense of calmness to the feature, which gets met by Pacino in one of his loudest roles. You cannot be an Al Pacino fan without witnessing the “great ass” yelling sequence in this feature. One of Pacino’s most hilarious scenes and it further highlights the unhinged nature of Hanna’s character when it comes to doing his job. So good at it to the point where it damages all other aspects of his life. The calmness of De Niro meeting the bombasticity of Pacino only makes the interactions held between the pair all the more intriguing and both fit in as wonderful additions to their legendary filmographies.

Certainly one of the biggest influences taken from this feature comes from the shootout sequences and they certainly create an enrapturing experience. Utilizing impeccable sound design for the guns utilized, these scenes put you right in the moment of the chaos occurring out in the streets as these bank robbers get involved in shootouts for the police. Almost deafening at points, it continually raises the stakes of each bullet fired, especially with this film taking place in the ever-busy Los Angeles. Heading into my first viewing experience of the film, this particular scene came with the highest expectations and it certainly delivered on all fronts. It becomes a defining moment of the film and helps allow the technical masters to have an absolute ball to make it such an engaging and meaningful shootout in the streets.

As a directorial feat, Michael Mann crafts his masterpiece here in both setting the table for these characters and the ride they will go on along with the way the action sequences are filmed. It’s impossible to watch this film and not acknowledge how much it influenced Christopher Nolan in making The Dark Knight. The cool steely blue hue and the visceral action sequences show Mann was operating at the height of his powers to create such thrilling sequences not only with the shootouts but exploring the character motivations pushing the narrative forward. All you can do is sit back and enjoy the show.

Simply one of the greatest crime films ever made, Heat joins the league of the other Pacino and De Niro films displaying their genius. Taking this long in their careers for them to share an actual scene together felt like a crime, but this film serves as a worthy vehicle for it to happen. It showcases incredible work by the two of them and allows Michael Mann to show why he’s a one-of-a-kind filmmaker who makes films contemporaries seek to emulate and probably fail in matching.