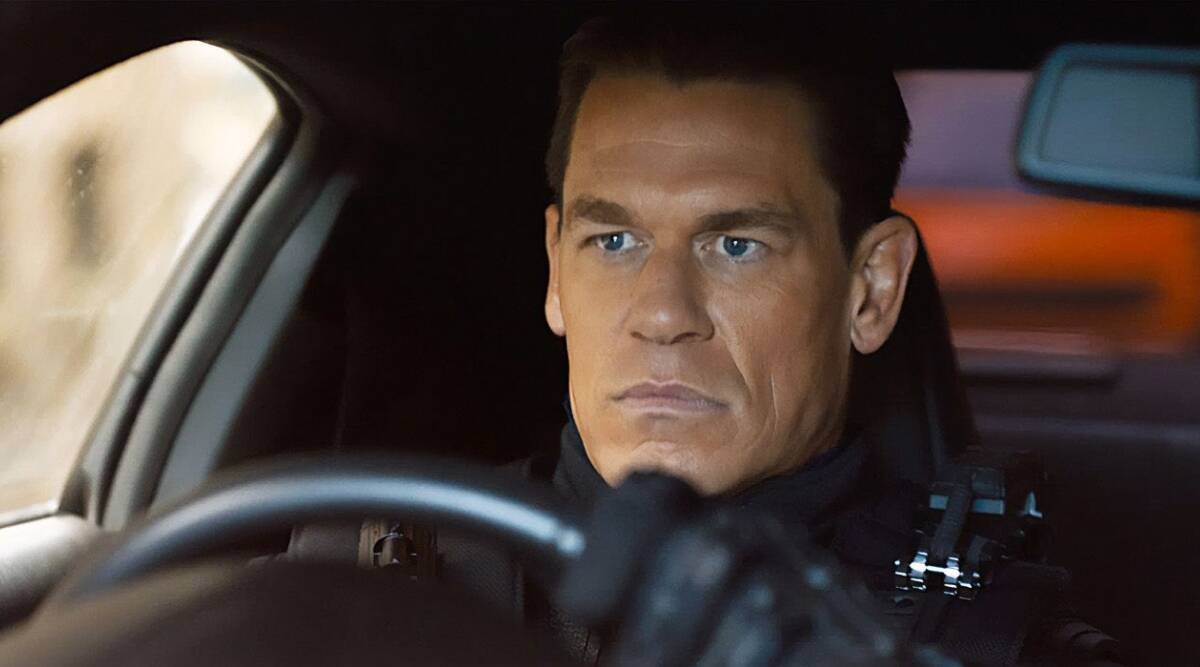 When you’ve watched nine films within a franchise, you’ve pretty much bought into whatever they’re selling. The films within this particular franchise promise many utterances of family, and death-defying stunts that get more ridiculous with each new entry. While F9 does provide some of those trademark moments, it also shows the individuals behind these films have run out of ideas and at this point are simply harming the stories of the previous entries in such a disrespectful manner.

Living in some semblance of peace, Dominic Toretto (Vin Diesel) and his gang get dragged back out to help after learning Mr. Nobody (Kurt Russell) has gone missing. Initially reluctant, Dom decides to help, especially when he hears that his younger brother, Jakob (John Cena) is now involved with this incident.

Introducing long-lost siblings never even hinted at in the past really shows when an overall story is beginning to lose steam and fully wants to go into soap opera mode. This is where F9 finds itself where it just needs to make an adversary for this group of once street racers, now action heroes to take on. The idea of having Dom’s brother be the adversary where he preaches about family in each film makes for quite the contradiction, in an interesting way, but the manner in which it all plays out does nothing but show how lazy things have gotten in this franchise.

With Dom’s brother getting involved, one must think Mia (Jordana Brewster) should also know something, thus bringing her back into the story. Having not seen her since Furious 7 due to Paul Walker’s death and her obvious connection to the character, reinstating her comes with conflicting feelings. It makes me glad to see Jordana Brewster get another paycheck for portraying an OG character of the franchise, but then keeping Brian alive but just hidden leaves a bad taste. One scene, in particular, nearly caused a revolt with how they completely dishonor the character who had a beautifully moving departure in the seventh entry. The more thought put into it, the more sickening it gets. The most unfortunate aspect about it comes from it barely doing anything for the story as Mia gets as much to do here as in previous films, thus giving no reason to bring her back.

This becomes one of the many unforced errors of this feature deserving immense criticism because the films within this franchise have, only on occasion, crossed over into being considered well-made films. They have survived on the love the fans of the franchise have given them in overlooking the stupidity on display and, on many occasions, inept storytelling. F9 then turns around and essentially slaps the audience in the face with this entry, which is not a good idea considering the rest of the feature is an incoherent mess. The only hope it ever had came from the fans loving the callbacks and furthering the love of this family, but it horribly fails in this aspect and it only gets worse in ripping away the stakes entirely to the point where they make fun of it.

One of the several conceits of these films is acknowledging these characters have essentially become superheroes. They will get into massive car crashes, fly off of rooftops, and plenty more, but will always come away unscathed. You just have to accept it, but when the deaths arrive, they actually have meaning. Well, until now it seems. With the rehabilitation of Deckard Shaw’s character in Fate of the Furious, many fans have been confused as to how an individual killed one of the most beloved characters in the franchise, Han (Sung Kang), and the gets accepted into the family. Many have called for justice regarding this character and they decided to bring him back. Not only does that take away from one of the emotionally potent moments in The Fast and the Furious: Tokyo Drift, but they bring back the character to do nothing of note. A completely aggravating waste, which just further indicates these stories are soap operas with absolutely no stakes to the point where two of the characters, upon reaching space, discuss the possibility of them actually being superheroes. A conversation meant to be humorous but simply demonstrates how far this film has sunk.

Watching all of these features did make me question which would be the one to turn me off from them, and evidently, F9 proved to be it. The dumb action becomes absolutely pointless and captured in such a boring manner. None of the emotional stakes mean anything because nothing in any of the other films does either. They bring back characters who should have stayed away and did not end up doing anything remotely meaningful with them. This feature highlights all of the flaws of the franchise with a giant magnifying glass without providing anything else as a counterbalance. A complete and utter waste.