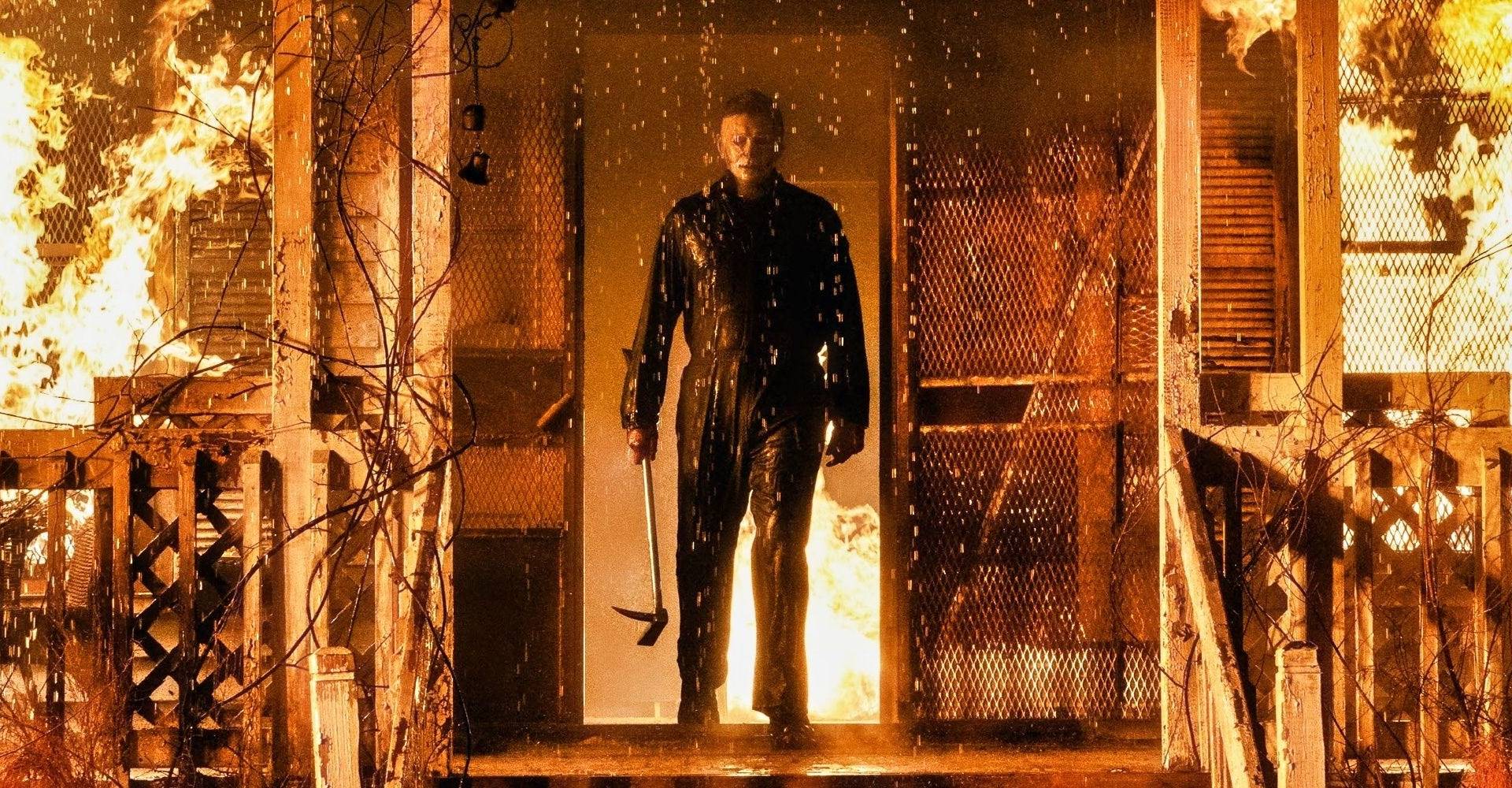 Virtually unkillable and lacking any sort of prejudice in who he kills, Michael Myers has closed many eyes permanently through with most of it directed towards the citizens of Haddonfield, Illinois. Now, Halloween Kills makes the case of what occurs when the community the shape has hurt decides to fight back and while it tries to handle some decent ideas, it never fully explores any of them with any level of depth.

After thinking she has finally dispatched Michael Myers (James Jude Courtney), Laurie (Jamie Lee Curtis) learns Michael survived the fire and is back on the warpath. Now, survivors of what occurred 40 years ago now learn about Michael’s presence in the town and decide that instead of any more death from the hands of the serial killer, evil will die tonight.

Picking up on the new timeline created by the 2018 version, Halloween, this feature stays within the very same night of what transpired. However, with Laurie in the hospital due to her near-fatal injury, she takes a backseat in this story as the feature becomes more about Michael versus the rest of Haddonfield. Certainly an interesting place to take this franchise seeing as the previous film focused heavily on this being a personal battle between Laurie and the shape as some sort of destiny. A notion this film does away with in a smart manner but sidelining Laurie in favor of thinly trying to speak on the notion of mob violence and how it can go wrong takes away several compelling elements of what makes these features enjoyable and what made the 2018 version so poignant. Sure, it definitely tries something new but when it crashes and burns in such an inelegant manner, it must be pointed out.

Bringing in the aspect of the town fighting of Michael does add a different element because as seen in the other films, many of the kills from the shape occur to people alone and mostly defenseless. Now, with mobs of people ready to kill off this man with numbers and weapons on their side makes for such a different dynamic. I suppose the most accurate aspect of this direction comes from a mob filled with untrained individuals doing such a horrible job at actually tracking down this man in order to kill him.

The failure almost becomes comical, especially when bringing back the specific characters from the first feature and how even years later, they have no idea how to actually do what it takes. A particular sequence where a Michael attacks from atop a car and all one woman does is shoot at the windows, thus giving Michael easier access rather than just shooting up to where he’s actually laying really just summed everything up. This would make for entertaining viewing but this movie wants to be taken so seriously as a story about the perils of mob violence and collective trauma that having such stupid kill sequences does not really gel. Yes, you have the moments with the firefighters where it shows the sheer brutality of this monster but then the silly kills just take away from what the narrative wants to convey.

One of the larger ideas Halloween Kills tries to take on comes from the representation of Michael as the representation of evil and therefore unkillable. It almost begs the question of what the point of these movies then becomes, which perhaps will get answered in the trilogy capper. However, as a result, this feature gets left gasping for air for something that will provide more context in the future. Also, the way it gets explained under some voice-over while something horrific occurs just further cements that perhaps Michael will never die and all of these individuals should just go home. A grim reality but one that rubbed off on the viewing experience.

Perhaps the next film will provide more context and make this feature a bit more coherent in retrospect, but the way this works as a standalone movie does nothing but frustrate the audience with its lack of tonal consistency. It makes for such a miserable viewing experience, especially in the way it unceremoniously ends. Yes, this film certainly has plenty of kills but the lack of significance they bring makes it more upsetting than entertaining. A complete and utter disappointment of the highest order, especially when bringing back the minds who made the 2018 version so memorable.