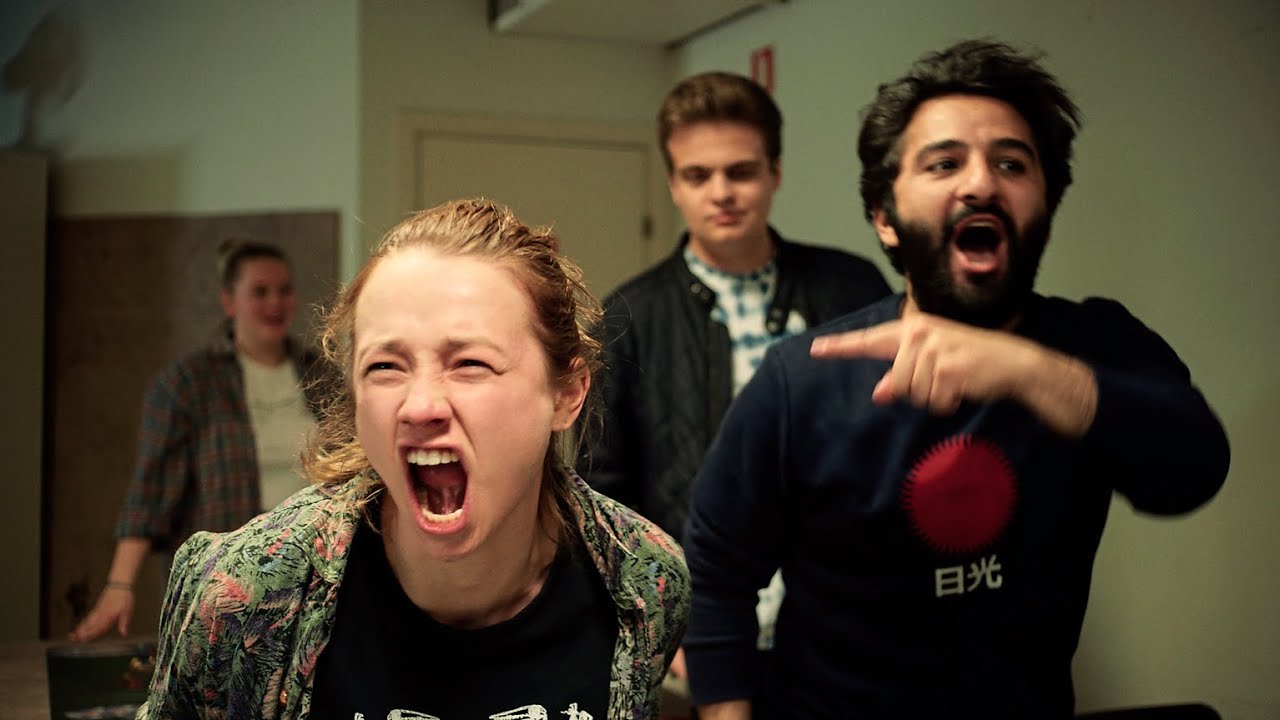 Just because women have the capability to have children does not necessarily mean they all have to. Something considered taboo to even speak on not too long ago, but a stance taken on more often by this younger generation of women in trying to gain a level of autonomy in truly making decisions on their own outside of societal pressures. Ninjababy takes us on this journey of confirming what the protagonist wants in life but does so in such an imaginative and creative manner to make it distinct to other features tackling the same subject matter.

Going through her 20s with a certain level of freedom, Rakel (Kristine Kujath Thorp) learns she has become pregnant from one of her recent sexual encounters. Reckoning with what to do next, she tries to track down the biological father and make the proper decision about what her future will be.

Rapturously funny and emotionally resonant while dealing with some relatively tough subject material, Ninjababy feels like a revelation in the way it handles the idea of motherhood for women. Passed down through generations, this sense of obligation of bearing children put upon women societally comes as a guilt trip of not contributing to the world or leaving a mark. Nothing new, as viewing any sort of media will show this through sitcoms and all sorts of narratives. Usually, in the end, the woman realizes it would be for the best to eventually have a child, but this feature examines this idea through a different lens and certainly a refreshing one at that.

As is the beauty of watching international films, this film gives the perspective of how this story goes down in Norway. Different expectations and societal norms to uphold, having this story take place in the United States of America would have carried such a different tone. However, the Norwegians certainly have their perspective on this, which informs how Rakel looks at her situation and the options she has moving forward.

The added sprinkle of the story comes from the animated addition to the live-action storytelling at hand with Rakel having quite the vivid animation in the way she draws in her notebooks. As a result, you have this ninja baby, who suddenly snuck into her life, is leaving a major impression, and essentially follows her through this journey in deciding what decision will be made looking forward. Even as Kristine Kujath Thorp has great chemistry with other cast members, the most playful aspects of this feature come from her interactions with the animated baby and how it reflects her conscience as she goes through this impactful moment in her life. Both incredibly comedic in their conversations, everything they share stretches where her beliefs lie as she reckons with the dumbheadedness of her past decision-making the weight of what will come next.

To say the performance by Kristine Kujath Thorp was fantastic would be quite the understatement as she delivers such a beautifully honest and hilarious portrayal of this character. Capturing both her youthful zeal but measures of maturity in distinguishing what she truly wants in life makes this quite the journey for this character and she handles everything with elegant style in the narrative. From yelling while engaging in role-playing games with other young folks like herself to having frank conversations about not wanting to be a mother, this character contains multitudes just like any human, and Thorp’s impeccable work encapsulates it all. Truly a revelation and demonstrates the incredible talent Norway has on the horizon in their acting department.

Similarly for Yngvild Sve Flikke, the director of the feature creates such a visually distinct canvas for this entire story to play out. Both capturing the humor of the circumstance as well as acknowledging the societal pressures existent, the refreshing ways in which this narrative goes with the character decisions does not receive enough exploration in the way we speak on motherhood. It makes the utilization of Rakel radical in her decision making seeing as the attachment she has to the baby does not come in the maternal but rather in the obligatory as two individuals sharing the same body for a distinct period of time. It’s what makes the film endearing and something to appreciate as its own nugget of storytelling.

Unique in its perspective and thankfully so, Ninjababy brings two brilliant voices of cinema to the forefront in director Yngvild Sve Flikke and star Kristine Kujath Thorp as they tell such a fulfilling story with plenty of heart and hilarious comedy as well. Such a wonderful collaboration leading to a story hitting quite the spectrum of emotion until it reaches the rightful conclusion for these characters to stay true to themselves. Such a lovely experience and a gem to appreciate for its frank honesty and willingness to truly examine what goes through the mind of a young woman in this predicament.