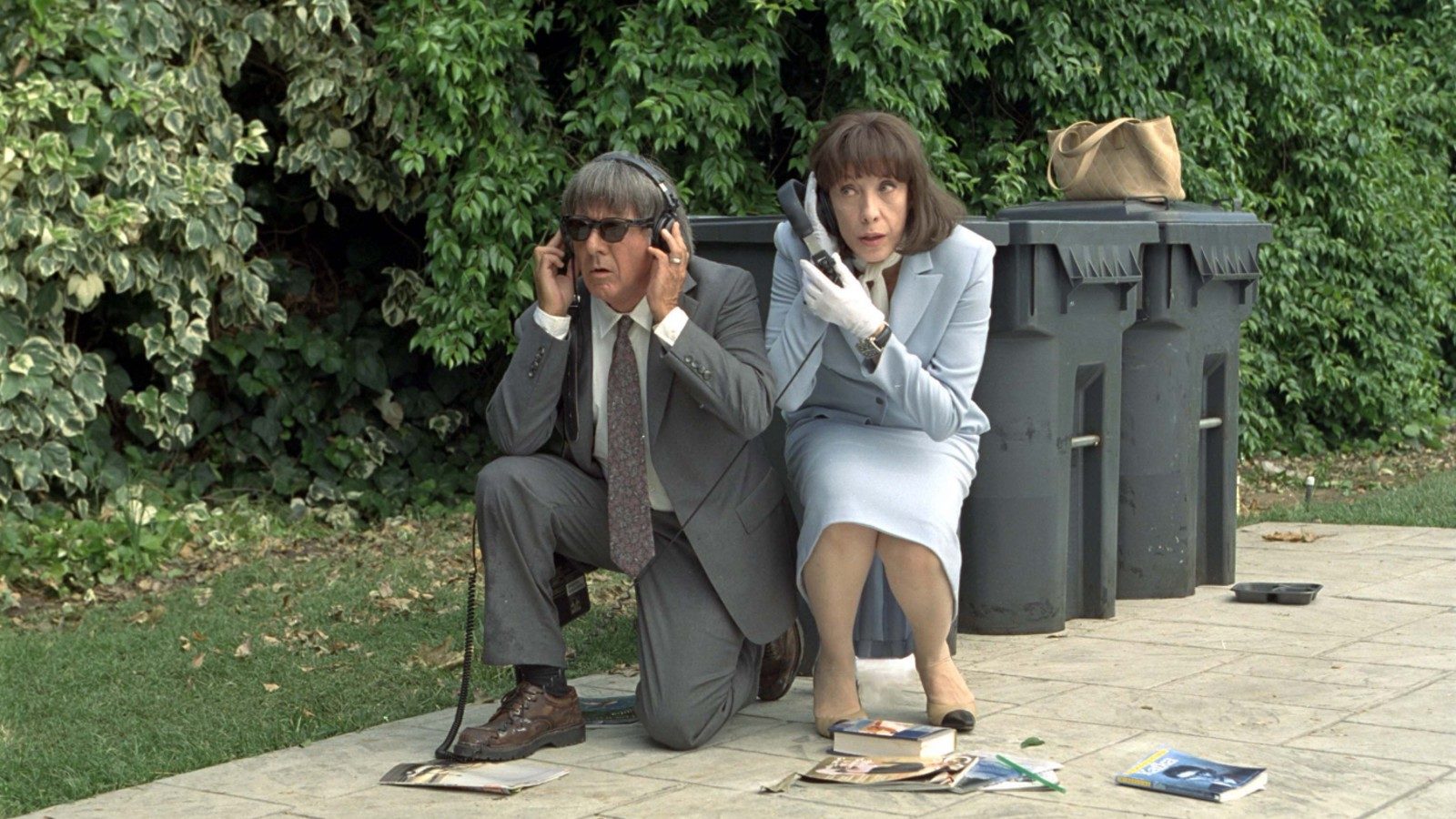 Trying to find a level of meaning in life when self-enlightenment fails to do the trick does not necessarily come with a handbook. However, the wacky world of I Heart Huckabees introduces the concept of where this can be outsourced to a specific agency, who just happen to do all of the legwork. Wonderfully weird in all the right ways, this film reaches some profound levels of thinking but never in a way where it loses ground on its comedic elements.

After noting a few coincidences in his life and everything just not going the way he would hope, Albert (Jason Schwartzman) decides to hire existential detectives, Vivian (Lily Tomlin) and Bernard (Dustin Hoffman), who follow him in order to get to the root of it all. As Albert tries to regain some semblance of control in his life, the philosophies at play begin to merge the lives of the people around him.

Wholly unique in its storytelling approach and bravura to take on this subject matter, this feature seeks to have a larger discussion on philosophical perspectives that guide the way humans live. Bernard and Vivian believe in looking at everything from an existential scope as they believe in universal interconnectivity while others like Caterine (Isabelle Huppert) fall more in line with the nihilistic/absurdist point of view. This all stems from Albert encountering the same person on more than one occasion, which set off some red flags in his mind about where he may be at a certain juncture in life.

In this sense, Albert becomes a relatable character seeing as he wants to fight for a good cause but seemingly cannot get anywhere to the point where the wolf he’s trying to eradicate has decided to dress up as a sheep and has taken over the herd. Albert has reached a pivotal juncture in his life and trying to break down life in this manner allows for larger ideas to explain the inexplicable about how everything is going through his current experience. It makes complete sense seeing how everything is occurring in his life where there must be some larger explanation for it all. The philosophical ideological battles thus carry through for the entire film and the way it all comes together very much makes sense for what the narrative wants to communicate.

Even with the larger discussions held, this feature works as a hilarious comedic look at these philosophies, but also how they play out with real people. Almost set as guinea pigs to test out these ways of thinking, Albert along with the other characters like Dawn (Naomi Watts) and Brad (Jude Law) look at the larger divide of a good cause like the supposed good intentions of Open Spaces Coalition and how it compares to a larger big-box store like Huckabees on the precipice of taking over a small area. The film certainly does come with a perspective it wants to communicate about how these characters carry out their lives with how the film concludes but it certainly comes with a distinguishable amount of comedy to make it all ring true. This comes from the ridiculously stacked cast with some distinct standouts.

Of the massive cast of actors brought together for this feature, the biggest highlight came from Naomi Watts and Lily Tomlin, who both definitely knew what they signed up for. Tomlin works so well with the zany characteristics of her character as she works as the existential detective. The level of energy she brings truly hammers home the point she wants to represent with the narrative. It all comes through even more impressively when learning about the horrendous on-set conditions she had when working with director David O. Russell. A truly unfortunate circumstance but something she was able to overcome in putting together the best performance of the bunch. Watts, as well, knew what she needed to do in this role, and the way she toes the line between what her character is presented as and the true emotional work happening underneath serves as another reminder of her greatness.

With plenty of whimsy to enjoy, the combination of the philosophical discussions and comedy of this feature makes it quite an intriguing watch. It certainly works with some heady ideas and topics, but it does not miss out on the opportunity to laugh at the characters and the circumstances in which they find themselves. A properly well-made feature.