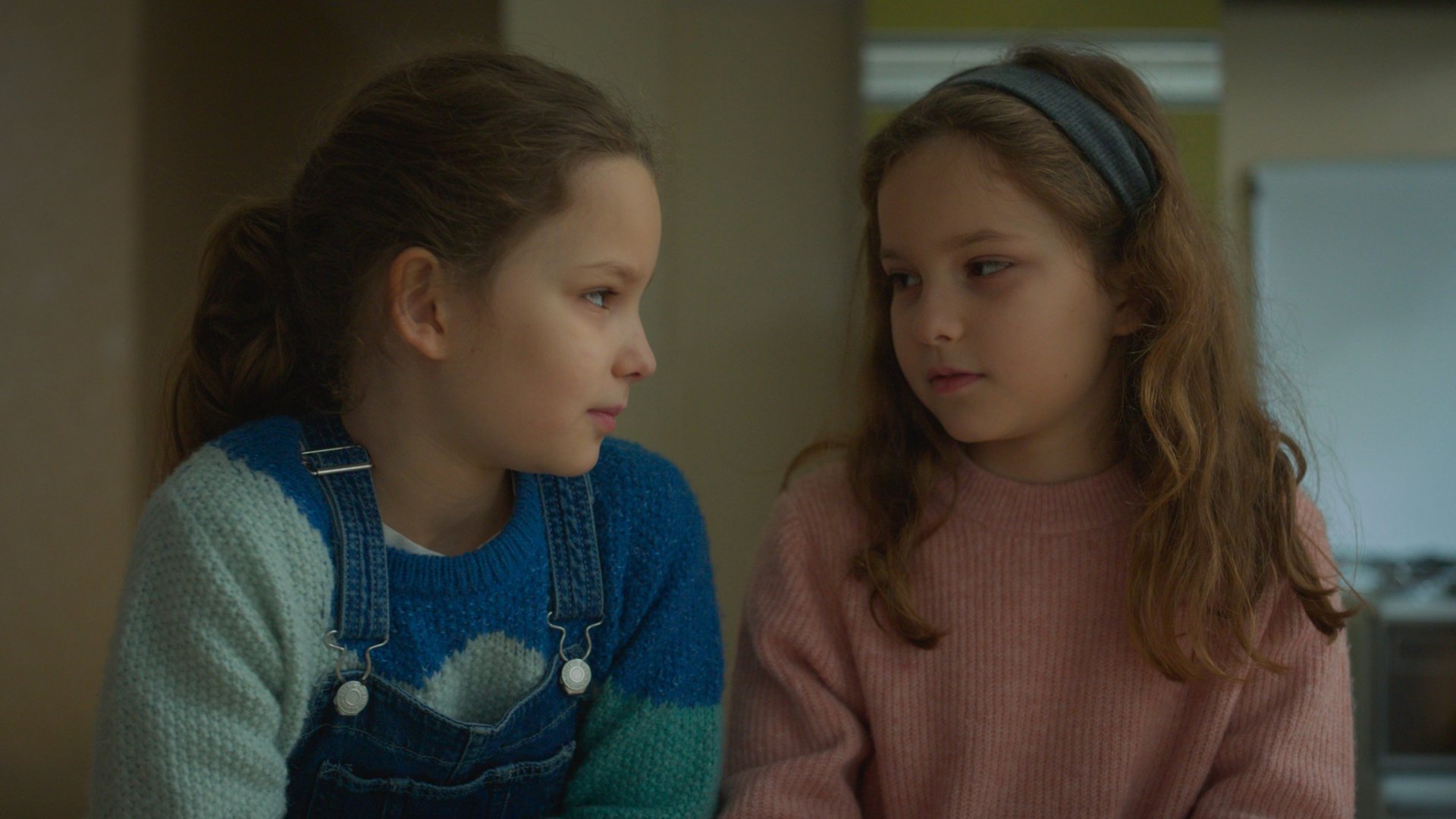 Communication between parents and children comes with the difficulty of the caretaker not overwhelming the youngsters with information while also preparing them for the rigors of life. It almost feels like they’re communicating in different languages in their vocabulary. Petite Maman presents an intriguing and heartwarming opportunity for this level of communication to be equalized when a young girl gets the chance to communicate with her mother of the same age.

Following the passing of her grandmother, Nelly (Joséphine Sanz) and her parents go to the house of the recently deceased to clear the area. After arriving, she runs into another young girl in the woods named Marion (Gabrielle Sanz), who after conversations appears to be Nelly’s mother at a young age. Through their conversation, they have the opportunity to learn more about each other in ways like never before.

As a child, it feels, at times, impossible to believe parents lived a previous life prior to being a guardian and we can hope one day to get the full story. This feature, as beautifully well-crafted both emotionally and structurally shows, opens up a level of incredibly uniqu dialogue. Whether this situation Nelly finds herself in lies within reality or something simply in her head, it frankly does not matter because she has the ability to get to know her mother in a way not possible before. Parents typically shield things from their kids and put a filter not applicable when they themselves were much younger. It leaves Nelly with the opportunity to have a conversation at the same level with her mother and the results bear out such a wonderful experience.

Coming as a follow-up to Céline Sciamma’s blistering masterpiece Portrait of a Lady on Fire, any film following that feature would simply not be able to measure up. Sciamma, however, does what she does best in crafting an emotionally potent and meaningful feature, especially when it comes to girls. She has this impeccable focus when telling these stories that then get softened by the incredible heart she displays in how her stories come to life. Petite Maman, in particular, feels like a warm hug and allows for a thought exercise in what it would look like for us to speak to our parents when they matched our age.

Standing at an extremely brief 72 minutes, this feature comes in to do its job and gets out in such an efficient manner, but it does not lose any of its staying power in the process. The fact Sciamma manages to do so much in this little time with its narrative demonstrates the phenomenal skill of this filmmaker as she knows how to hit you right in the gut with as little time that can be defined within a feature-length production. The story itself becomes so enrapturing in trying to decipher the reality and the beautiful content of the conversations between the young girls that when the end credits appear it feels like a blink of an eye.

With it being brief, the feature never suffers for it by leaving us wanting more because it all gets bundled wonderfully for us to enjoy. In a way, the plot is very simple, especially when it all gets absorbed but the potency in the way it gets presented cannot be underestimated and certainly gets the job done in what it wants to present. After all, it is a film directed by Céline Sciamma, what more can be expected? When tackling something like grief and the fear of what life has ahead of you as a child, this could have easily been expanded into something far longer than it needed to be but this feature does not waste a single second of its runtime as it seeks to lay it all out there sensitively but also comprehensively.

Not enough can be said about the performances put on by these twin child actors in their portrayal of this mother-daughter combination. They hit all of the emotional beats required of them but also step up to the moment when the emotional haymakers of the story need to land. These two must put the film on their backs when presenting this emotional journey and as children, they do a phenomenal job in shouldering it all.

Not providing any larger answers regarding its process but rather the emotional dialogue it seeks to have amongst small children, Petite Maman will hit like a ton of bricks right to the chest. Its magic operates in the small moments and the brief sentences shared by the young girls as they both operate within a tumultuous and confusing time in their lives. It all comes together expertly well through the pen and direction of Céline Sciamma as she once again continues to prove everyone should run to get in line whenever she has a new feature hit the big screen. Truthfully a delight and a warm hug.