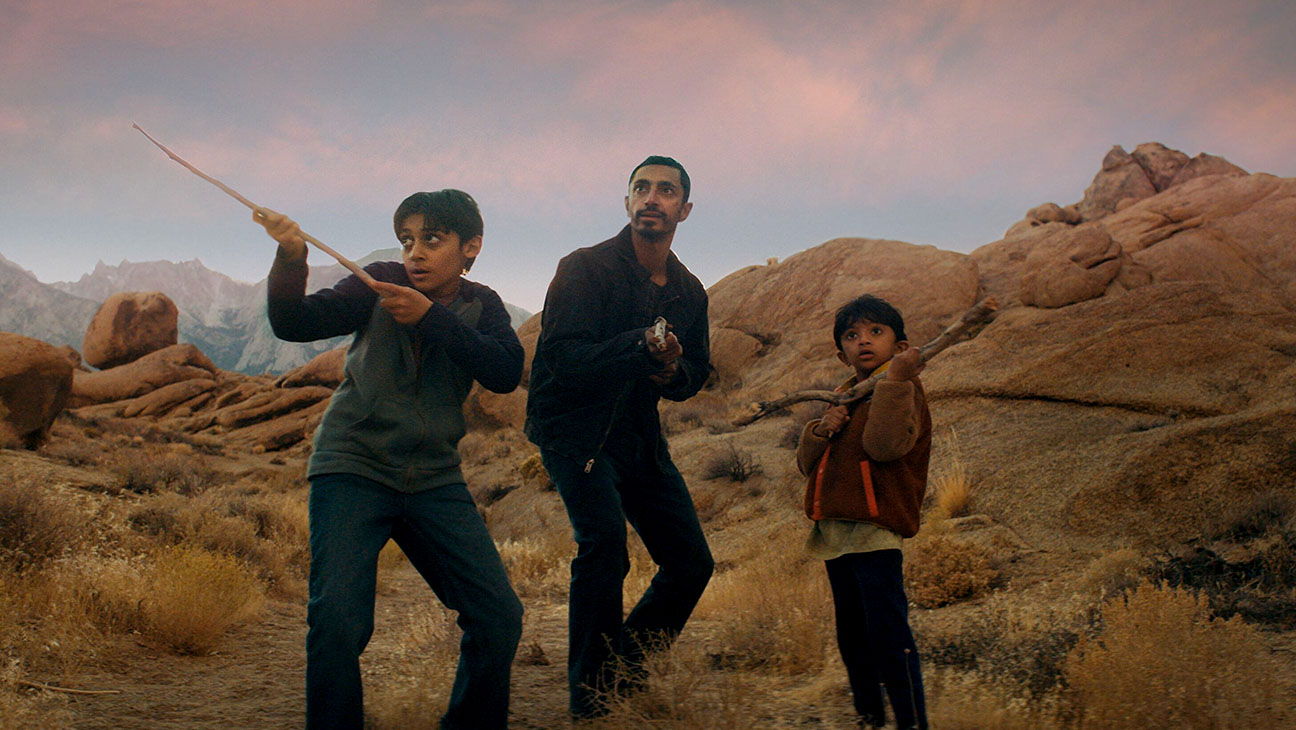 Children look to adults for guidance even when those older individuals have their deep flaws. It comes as a natural response to everything which does not make children the best judge of character when their parents carry horrible faults that can even cause danger. Something that does not prove to be explicitly clear in Encounter until the narrative shifts into something completely different and moving.

U.S. Marine, Malik Khan (Riz Ahmed) visits his two sons and takes them out for a road trip, and tells them an alien invasion is occurring around them. As they get on the road, it becomes evident the claims of aliens being present may not align with reality thus leaving Malik’s sons in a place of trying to carry on with their father as they are hunted by law enforcement.

As a self-proclaimed lover of the science-fiction genre, the direction in which Encounter was initially going on immediately pulled me in. Whenever surviving against an alien invasion, it makes for some fascinating insights into the desperate attempts by humans to survive by any means necessary, which does not necessarily take place here, but the journey to understanding everything makes for an entertaining feature. The switch into what this film actually turns into initially disappointed, admittedly, but it does lean into something much more thematically rich and the direction it takes the feature overall makes for a strong narrative to follow.

The relationship between Malik and his sons becomes paramount to the momentum and resonance of this story and from the onset, a level of sweetness exists. When it comes to Malik and his sons, there’s evidence of separation along with some hurt but the excitement the two boys demonstrate being around their father after what has been a discernible amount of time shows there is genuine love here. The way the film then breaks down and disintegrates it all adds to the feature, especially when the larger truth gets revealed.

Split in two goes the narrative as we follow Malik with his two sons and the social worker Hattie (Octavia Spencer) trying her best to get him under custody safely. An eventual collision will occur, that everyone can be sure of but what the resulting actions will be once the coming together transpires builds the tension of this narrative. Therefore, the feature swings in its emotional turbulence knowing this may end badly and all we can do is watch.

Just as the narrative tries to fool the audience with the content of the feature as must Riz Ahmed in his portrayal of Malik. Very much a loving father but perhaps not in the best of ways as displayed throughout this feature, Ahmed needs to sell the likeability of this man while also displaying his flaws along with how it will impact those around him. As expected, Ahmed succeeds in what he needs to deliver and makes the film work overall as the struggles of Malik put everyone around him in danger. A tough character to crack but he proved to be the right choice for the occasion.

Playing a large part of the narrative is the terrain and how isolating it makes the entire feature as we follow Malik and his boys. Happening out in the American southwest, there are many dry and empty terrains that elongate the feelings of where these characters are going. It brings a sense of an everlasting voyage practically going nowhere, especially when we get to the reveal of the reality of everything happening with Malik. It raises major questions the longer the drive goes as does the search. There’s nowhere to hide as the terrain does not provide it all but guarantees the eventual confrontation.

One thing until it becomes something else, Encounter does just enough with its story to keep a good level of engagement all the way to the rousing conclusion it provides. This feature highlights how a fractured relationship between a father and his children can still leave an incredible bond between the trio. It teaches a good lesson about the fallibility of parents, especially in the eyes of children. Not a bad feature to turn to if one wants an emotionally engaging and windy trip of a film, especially if one wants to see Riz Ahmed give yet another strong performance.