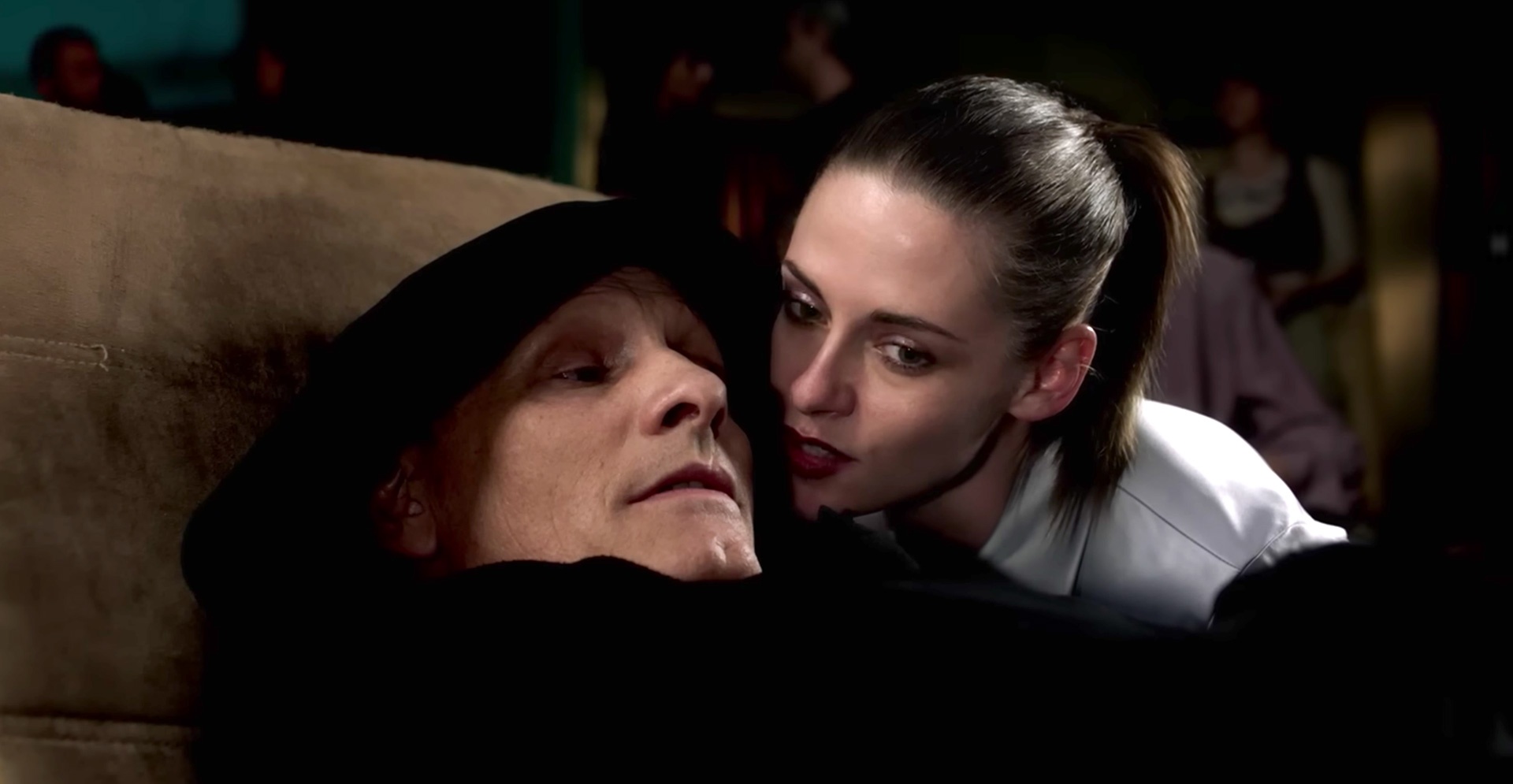 Evolution of the human body and its development has been happening from the very beginning of human existence. We lose things that prove to be nonessential and gain things that help us survive. It’s all natural, which David Cronenberg’s Crimes of the Future acknowledges and utilizes to his advantage in his latest feature. A world where pleasure is derived from a different source and allows for the expression of it to become something unwieldy but also beautiful.

In a future where humans no longer have the capacity to feel pain, surgery and piercing the skin has developed into being the new equivalent of sex. This allows performance artists Saul Tenser (Viggo Mortensen) and Caprice (Léa Seydoux) to make a name for themselves as performance artists in which new organs developed by Tenser get removed for the pleasure of their audience. With the new development of organs, it gains the interest of other parties, including the government.

When it comes to David Cronenberg, you know something intriguing will come down the pike, and then add in he’s working with Viggo Mortensen and there’s something worth watching about to be presented. With this feature the intrigue is certainly present, that cannot be doubted but far too much of it feels far too underdeveloped. This feature brings forward so many fascinating ideas but there’s just not enough time to fully delve into all of the implications involved. However, what it says about humanity demonstrates what makes Cronenberg such a singular director.

The idea of surgery being the new sex certainly speaks to how we, as humans, try to find pleasure in any new activity. We are adaptable creatures. In a sense it makes complete sense considering that the elimination of pain probably has a residual effect on the other side of the spectrum, pleasure. With the two linked, there needed to be a new way to physically connect with someone, and cutting into them is certainly an inventive way to really connect with one another. With surgery being the new sex, it makes it all the more interesting that Tenser and Caprice make a living performing surgeries, which in a way makes them exhibitionists for those to come by and see. Bringing together a sense of beauty and depravity in the act they depict for others to witness. On top of that, the idea of excess organs growing in the human body just shows Cronenburg was on his way to crafting something absolutely masterful, and while he sets a strong foundation, where the story goes feels fairly anticlimactic. We receive government conspiracies, but none of it lives up to the premise established and what this story could have been.

When it comes to the acting on display for this feature, there’s certainly a variety of levels being displayed here. With three stars being the face of the film, there’s quite a difference in quality on display. Viggo was in the center of the spectrum putting in decent work. Léa Seydoux undoubtedly proved to be the jewel of the crown with her performance of Caprice. A cautious and evocative figure in the story, she navigates through this narrative as someone with plenty to lose, and the desperate nature of that makes itself known on several occasions throughout the film to a great result. Then we have our beloved Kristen Stewart. Fresh off her Academy Award-nominated performance as Princess Diana in Spencer, she comes into this film and certainly makes some choices with her role of Timlin. You can only assume this comes from the direction of the director but whatever she was asked to pull off with the stuttering and awkward characterization does not quite work. It instead creates an incredibly distracting presence in the film where it just leaves you scratching your head as to what is going on with her. She’s portraying a character who obviously has some admiration for Tenser, which may imply some nervousness when speaking with him but it results in such a puzzling presentation of an already bland character.

Even if this review has more criticisms than praise, Crimes of the Future ultimately left me with an overall positive experience. The premises explored in this feature demonstrate why science fiction is such a riveting genre to experience. However, one of the downfalls is if they do not receive the proper exploration they deserve and this feature certainly falls into that category. This story deserved more time and material to fully experience what can happen in a future such as this. Cronenberg does not quite land, but even mid-tier Cronenberg is worth checking out.