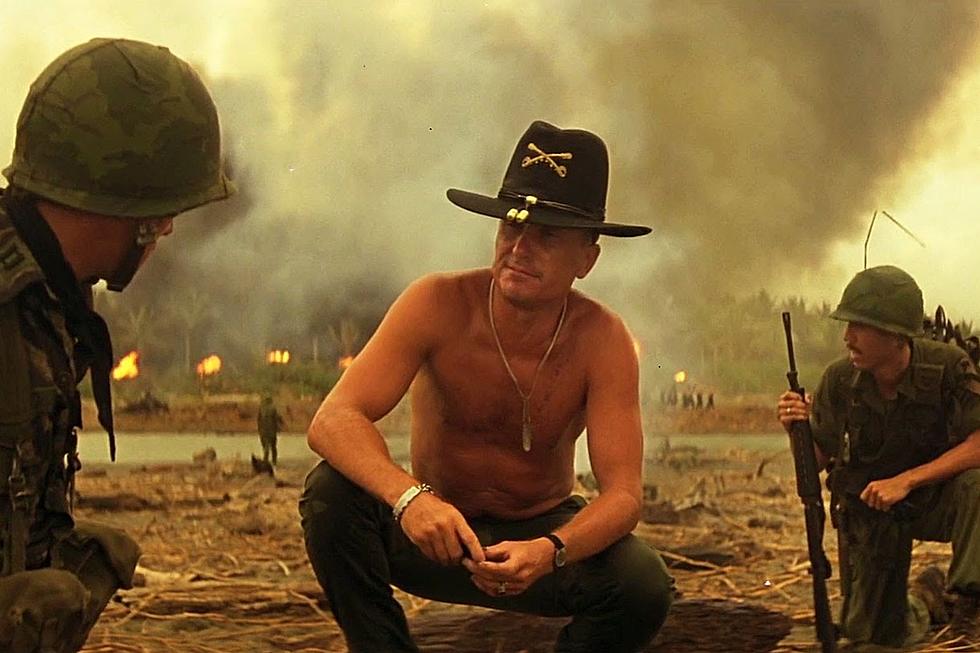 War films centered on Vietnam have a special feature about them that pushes them far beyond other films in the genre. These particular films fight back against the idealistic virtue of Americans at war. Instead of complete hero worship, these films scrutinize the country’s place and the motivations of the young men overseas. Apocalypse Now stands as the best of them all and an incredible achievement in the filmography of Francis Ford Coppola.

Tasked with a new mission, Captain Benjamin L. Willard (Martin Sheen) must track down a man perceived to be a traitor to the United States Armed Forces. The journey Willard embarks on makes him question every fundamental belief he had about serving and his role in this war. He also encounters quite the assortment of characters that all have their own unique storylines and contributions to the plot.

The 70s were an era of dominance by legendary director, Francis Ford Coppola. No one has dominated a decade more than this man did. One can only dream of directing films like The Godfather, The Godfather Part II, and The Conversation, and the film in discussion during their lifetime. Coppola made all of them in a span of 10 years, which baffles me. With Apocalypse Now, he transports the audience to an area fraught with danger leaving killing as the only recourse in order to survive.

The making of this film could be its own movie and while the end product results in a masterpiece, the production had a troubled history. That includes going incredibly over-budget, underpaying employees, and nearly killing Coppola in the process. I recommend for anyone to research the crazy story that follows the creation of this film, including a documentary made by Coppola’s own wife. For a studio executive, the creation of this film is a complete nightmare, but it resulted in an unforgettable experience.

The cinematography alone deserves its own recognition with the way it captures this unrelenting war zone. From the eyes of the new recruits to the experienced colonels, it continues to drag the audience into the horror of being in a war. It creates a landscape of fear and eradicates any hope of getting home safe. Coppola’s direction ensures that every moment has a level of tension and then adequately producing moments of joy like when the men jet skied from the boat for entertainment. Even with the fun they have at that moment, the continual dread that fills the screen ensures that the fun will not last for very long.

Through Willard’s journey to reach Kurtz, he interacts with a crew tasked with transporting him and another squadron led by Lieutenant Colonel William Kilgore (Robert Duvall). This man represents the absolute worst of the soldiers sent over to Vietnam. Kilgore relishes in killing others and tries to hype up his men to prepare for their duty like it’s a game. He states the most famous line from the film in “I love the smell of napalm in the morning.” Kilgore enjoys the smell of bombs erupting that caused the death of others, a viewpoint that makes him extremely dangerous out in the battlefield but a hero to the men serving under him. Robert Duvall portrays this character so well with the pure bravado and unabashed joy he takes in explaining the reality of the war to Willard. It would be right to ask whether Kilgore continues this fight for the purpose of the United States eradicating communism or does he simply enjoy the excuse to kill people. Characters like Kilgore further push Willard in this journey as he gets closer and closer to his target.

Martin Sheen puts in a remarkable performance as Willard, as his character battles with purpose. On the path to reach Kurtz, he researches the man’s past and learns why he suddenly decided to leave a promising life to betray his country. Willard learns that others have been sent to eliminate Kurtz but have either died or joined his cause in the process. Slowly but surely, Willard becomes disillusioned with everything happening around him and gets sucked into the persona of Kurtz. Sheen brings that bright-eyed perspective to the story that deteriorates right in front of the audience as he questions the mission at every turn. Willard may be transported by a crew, but they’re unaware of the destination or what the mission entails. He must harbor everything he learns and must keep it to himself because everything depends on him being able to complete this mission.

Not much can be said about the sensational and enigmatic performance by Marlon Brando as Kurtz. The entire film builds up to his showdown with Willard, and he immediately makes his presence felt. Everything that comes out of his mouth feels like a proverb as he attempts to enlighten Willard about the path he chose and why all of the men sent to kill him are merely “errand boys.” A legendary performance by one of the greatest actors to ever appear on screen.

A troubled production with an excellent end product, Apocalypse Now became my favorite war film after one watch because of the spellbinding and dreadful journey it took me on. I refused to gain any connection to these characters because I knew their fates would not end well and even then I felt every death. A complete masterwork by Coppola and many consider this film to be his very best. I happen to side towards The Godfather, but when a film like this isn’t a director’s best film, it really says something about Coppola’s greatness as a filmmaker.