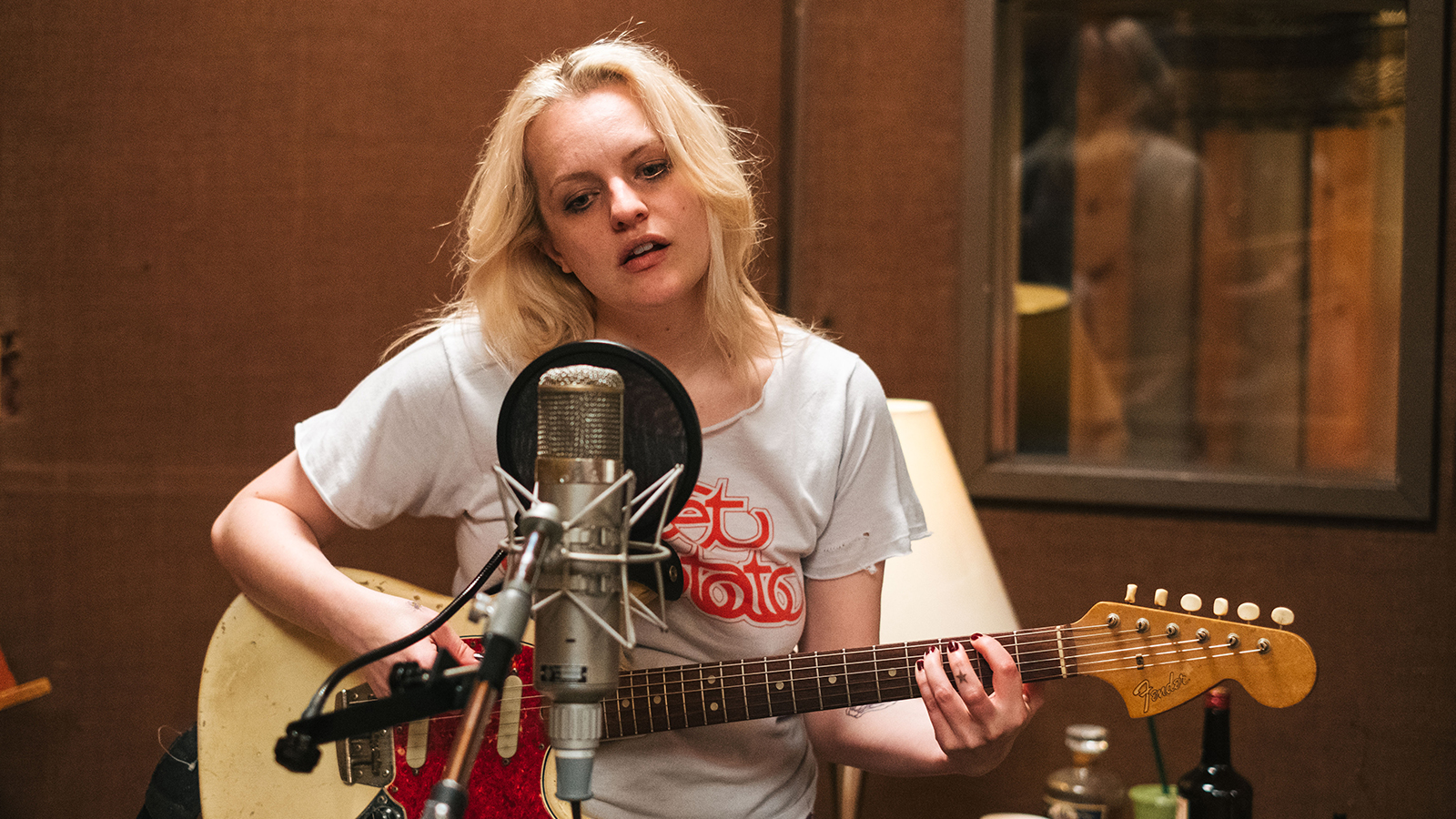 Someone’s talent, at times, gives them the license to act in ways that others would not be given the grace to. A behavior tolerated plenty within Hollywood. Reputations follow certain actors and directors where many dislike working with them, but they continue to produce art because when they are on their game, they create something that resonates and makes up for everything else they do. As this film shows, there are boundaries and only so far that this talent can push others until they reach their breaking point.

As broken into five different moments in her life, Becky (Elizabeth Moss) has her own way of preparing for performances and how to decompress afterward. It usually involves substance abuse but she has pulled through for the other members of her band, Something She, and her manager. She has an ex-husband (Dan Stevens) and a young child that she acknowledges every once in a while but one night everything goes completely off the rails and the people in Becky’s life begin to contemplate whether they want to continue to deal with this behavior.

The success of Her Smell definitely derives from the intense performance by Elizabeth Moss. She has slowly been breaking into the film world after making her name on television with Mad Men and The Handmaid’s Tale and she has become such a welcomed addition. The raw passion she brings to this character becomes unsettling and watching how every other character reacts to Becky just further establishes the greatness of her performance. Moss has to control all of the tight spaces that director Alex Ross Perry employs.

The most intense scenes in the film take place in rooms or tight hallways and creates a claustrophobic feeling to be anywhere near Becky. The scenes that provide some relief are filmed in more open spaces, which gives the audience the chance to catch their breath because when Becky reaches her worst, the sequences become nonstop and it made me want to pause several times. Every movement and interaction Becky would have left me holding my breath just waiting for what might come out of her mouth and what the reaction of the other person would be. Truly excellent filmmaking by Perry and his team up with Moss for this film worked incredibly well.

Thematically this film really shows the horrors of enabling someone obviously out of control. While the narrative picks up after years of touring, some almost documentary-like footage shows the purity of the band and Becky when they first started to contrast the mess they became in the story. The evolution of Becky becoming the person audiences see came from her going down a path with nothing but enablers around her. That includes her manager, bandmates, and ex-husband. It became painful to watch how they all try to prop up Becky to just calm down and fulfill her wishes instead of getting her the actual help she needs. One of the five-story vignettes displays the tipping point being reached and shows how long these frustrations have been building up. They could put up with it because when Becky could perform, she delivered an iconic persona that fans adored and brought money into all of their pockets. However, once she starts impacting their livelihood and the contracts they have established, that breaking point does not seem so far away. Each of the relationships Becky has with the people in her life displays that very sentiment and that entire idea plays really well and tracks throughout the entire film.

From beginning to end, this story flies even when going through the calmer moments. Even with its 135-minute runtime the intensity of the filmmaking and Moss’s performance help with the pacing of the story and when it gets to the slower moments, it provides the audience with the ability to catch their breath. The best way to describe it all is an ever-present sense of unease. Even when things slow down and Becky has more composure, an uneasy feeling still persists about what will happen next and if she truly has the support she needs to move on and be a better person to the other members of her life. I love it when a film controls me in that way because my thoughts never wandered, I was intensely focused on whatever was going to happen next.

This film arrived with little fanfare as it debuted at the Toronto International Film Festival in 2018 but then had an April 2019 release. It has the character study of a film like Black Swan with having the raw intensity of something like Climax. It presents an incredible experience that I would recommend for anyone to experience and then think again about how we might enable certain people in our lives because we are certainly not doing them any favors.